When Prime Minister Stephen Harper appointed Don Meredith to the Senate five years ago, Conservatives lauded the Pentecostal minister as a tireless fighter for youth, a key proponent for their criminal justice agenda and an all-round "incredible guy."

Today, after a news report detailed the 50-year-old senator's extended tryst with a teenage girl, he has resigned from the Conservative caucus, and the Speaker of the Senate – a Tory – is asking whether Mr. Meredith is even worthy of being a member of the Red Chamber.

Senate Speaker Leo Housakos wrote to Senate Ethics Officer Lyse Ricard on Thursday asking her to determine whether an inquiry into Mr. Meredith's actions is warranted.

"The conduct described in this news report is in and of itself incompatible with the position of senator," Mr. Housakos wrote. "It also suggests that Senator Meredith may have improperly used his position of trust and authority as a senator."

The latest allegations of impropriety against Mr. Meredith came this week in a Toronto Star article that outlined the senator's two-year relationship with an unnamed girl – replete with sexually suggestive text messages. The news story said he met the girl at a religious function in Ottawa when she was 16 and courted her with dinner invitations and attempts to lure her to his hotel room.

She told the Star she fell in love with him – and thought he loved her back. Their meetings, she said, progressed to kissing and sexual touching, sex over the Internet and, eventually, intercourse early this year, after she had turned 18. But then he ended things with a text message that said: "God has spoken to me and am (sic) not happy with me … I should be leading you, not making you."

Over the five years he has been a senator, Mr. Meredith has had more than his share of controversy.

The teenage girl told the Star she came forward because she wanted to back up the stories of four of Mr. Meredith's former female employees and four other Senate staffers who, CTV reported last week, allege he made sexual advances, used sexual innuendo and was often rude and vindictive.

Mr. Meredith was the Conservative candidate in a federal by-election in 2008 in the riding of Toronto Centre, where he lost badly to former Ontario premier Bob Rae. During that campaign, Mr. Meredith raised eyebrows by suggesting that sexual orientation is a choice.

When Mr. Harper appointed him to the Senate two years later, Jason Kenney, who is now the Defence Minister, congratulated him on Twitter by saying: "Don works tirelessly to help troubled youth get on the right track." Conservative Senator Marjory LeBreton said Mr. Meredith's presence in Parliament would "strengthen our hand in dealing with justice bills." And Julian Fantino, who had recently been elected as a Conservative MP, said Mr. Meredith is "just an incredible guy."

Mr. Meredith arrived in Canada from Jamaica at the age of 12, grew up in the gritty Jane-Finch area of Toronto and started a landscaping company called Donscape Landscaping Services.

He co-founded the GTA Faith Alliance, which provides young people between the ages of 12 and 29 with skills training and support. He is a pastor at the Pentecostal Praise Centre Ministries, a church in Maple, north of Toronto. Its website says he has a "strong passion for youth."

But serious questions have been raised about his credentials.

One website says Mr. Meredith obtained a bachelor's degree and a master's degree from the "prestigious" California State Christian University. It is unaccredited and has a shifting address.

Mr. Meredith also calls himself the Honourable Dr. Don Meredith based on an honorary doctorate he was granted by the Canadian Christian Clinical Counsellors College. The college is not recognized as a degree-granting institution.

In 2012, he infuriated critics of Iran by agreeing to be a guest speaker at a reception at the Iranian embassy, where he called the Iranian chargé d'affaires, Kambiz Sheikh-Hassani, "my great friend." Mr. Sheikh-Hassani and all other Iranian diplomats were expelled from the country three days later.

In 2013, Mr. Meredith billed the Senate for a trip that he and his wife made to Washington, D.C., to attend a National Prayer Breakfast. That money had to be repaid.

So the Conservatives who once sang Mr. Meredith's praises are now distancing themselves from a liability.

Conservative Senator Vern White told the Canadian Press that, if the unnamed girl's allegations are proven true, Mr. Meredith should be expelled from the upper chamber.

And Tory Senator Don Plett told The Globe and Mail: "I am not going to judge him, as I haven't judged other people ahead of due process, but, by all means, I am disgusted by the accusations." 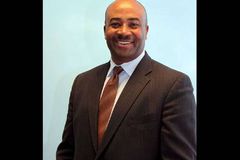