The Senate's Tory leadership opened the door to reducing punishments against three disgraced senators after former Conservative Patrick Brazeau alleged he was offered a "backroom deal" in exchange for a public apology.

The suggestion runs counter to Prime Minister Stephen Harper's message that anyone who misspends public money would be severely sanctioned. Mr. Harper took to talk radio Friday to defend the campaign to suspend Mike Duffy, Pamela Wallin and Mr. Brazeau without pay for alleged "gross negligence" related to their expense claims.

The Conservatives are eager to deal with the controversy ahead of a party convention at the end of next week. The scandal has proven highly damaging for the Tory government, which came into power with a promise to reform the Red Chamber, but is facing questions over the actions of three Harper appointees.

Claude Carignan, the government leader in the Senate, spent the past week carefully laying out the case for each senator's suspension. But his methodical approach was shaken when he was accused in the chamber of offering up a "backroom deal" to Mr. Brazeau on Friday morning in exchange for a demonstration of contrition.

"The backroom deal was that if I stood in this chamber, apologized to Canadians and took responsibility for my actions," Mr. Brazeau said, "that my punishment would be lesser than what is being proposed … in the Senate's motion."

Mr. Carignan admitted to the Senate that the conversation had taken place, but said he was simply trying to find a way to help Mr. Brazeau. He later told reporters that Mr. Brazeau had misinterpreted his comments, saying any motion put forward in the Senate can be amended.

"If somebody apologized … it's something that we could take into account and perhaps change the motion," Mr. Carignan told reporters. "He could also move an amendment to say, 'Look, I apologized and I want to reduce the sanction.'"

He would not elaborate about what kind of alternative sanction might be acceptable to his Conservative caucus beyond saying that suspension with pay was out of the question because that "is not a sanction, it's a gift." And when asked if he was likely to vote in favour of a lesser penalty if one is proposed by Mr. Brazeau, Mr. Carignan said no.

Just as the Senate concluded an extended debate on the suspension motions, Mr. Harper took to the airwaves to defend the move to suspend the three senators, saying there is already enough evidence to show that they should not be allowed to keep drawing a salary.

"To be sitting on the public payroll and just say you'll repay the money – I think we're way past that in these cases," Mr. Harper told Toronto station Newstalk 1010.

The Tory leadership in the Senate said Friday that it would move to limit debate on the suspension motions, which means a vote is likely to occur in the middle of next week. The Senate will return to continue its debate on Monday afternoon.

Both Mr. Duffy and Ms. Wallin alleged in the Senate this week that they are victims of a conspiracy by high-ranking Conservatives to remove them from their jobs because they had become political liabilities.

Speaking in the Senate on Friday, Ms. Wallin urged her fellow senators not to allow the government to rush through the suspensions without giving her a fair opportunity to defend herself.

"This whole process is flawed. What you are doing here could seriously interfere with an RCMP investigation by conducting a rogue trial," she said.

All three senators facing a possible suspension are under investigation by the RCMP for their expense claims. A fourth, former Liberal Mac Harb, resigned in August and is also under police investigation. None have been charged.

The expenses scandal, which began nearly a year ago, has seen the senators repay tens of thousands of dollars and raised questions about how involved Mr. Harper and his staff were in the affair. Nigel Wright, the Prime Minister's former chief of staff, resigned earlier this year after it was revealed that he provided the money for Mr. Duffy's $90,000 in expense repayments.

Senate Liberal Leader James Cowan said the allegations raised by Mr. Duffy and Ms. Wallin need further examination but would not be possible if the debate is cut short.

Tory against Senate suspensions is no stranger to breaking ranks
October 25, 2013 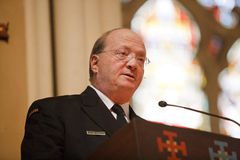 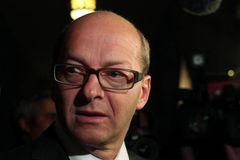 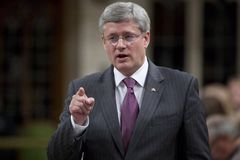 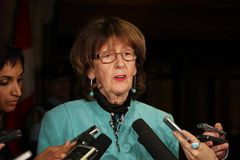 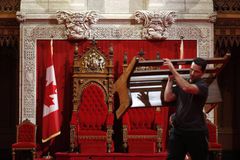 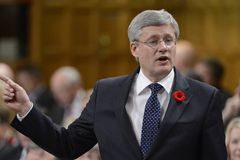 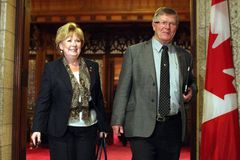