Senator Mike Duffy arrived back in Ottawa Monday afternoon amid renewed scrutiny of his expense claims and questions about his future in the Senate.

Mr. Duffy spent the past several days at his cottage in Cavendish, PEI, and has not spoken publicly since he announced last week that he would resign from the Conservative caucus and sit as an independent. Asked what he planned to tell the Senate when it sits on Tuesday, Mr. Duffy would only say, "Stay tuned."

The PEI senator and former journalist is at the centre of a growing scandal over Senate expenses that has tarnished the Red Chamber's reputation and caused the Prime Minister's top aide to resign. Nigel Wright, Prime Minister Stephen Harper's former chief of staff, stepped down from his position Sunday after it was revealed that he had cut a personal cheque worth more than $90,000 to Mr. Duffy to cover the cost of reimbursing the Senate for housing expenses Mr. Duffy should not have claimed.

In Cavendish on Monday, a "Welcome, The Duffy's" sign was taken down and Mr. Duffy's modest green cottage with its glorious views of the Gulf of St. Lawrence was closed up. Mr. Duffy and his wife flew back to Ottawa, where his other residence is located, on his Senate points – each Senator is entitled to 64 free flights a year between Ottawa and their residence.

Mr. Duffy declined to answer a reporter's question at the airport about who had paid for his flight. He is expected to face more questions from his colleagues this week as the Senate returns after a week-long break to examine a series of audit reports on the expense claims of Mr. Duffy and other senators.

Marjory LeBreton, the government's leader in the Senate, confirmed last week that the Senate plans to send Mr. Duffy's expenses back to a committee for further study, after reports alleged that he may have charged per diems to the Senate while doing personal and political work.

Many Senators have declined to speak publicly on the issue. But Vern White, a former Ottawa police chief who is now a Conservative Senator, told the Ottawa Citizen on Sunday that he believes it's time for some senators to leave the Red Chamber. He did not name anyone specifically, but said, "I believe that today as well in the Senate, that some people – what they've done is so poor, without integrity, that they can't continue to exist within the Senate."

Many residents of Charlottetown are calling Mr. Duffy an embarrassment to the island – some are saying that he isn't even an islander and want him to resign completely from the Senate. But in the quiet seaside community of Cavendish, residents are closing ranks around their senator, refusing to pass judgment. "He sure is in the spotlight but I don't know if he is being treated fairly or not," said Vic Greenwood, who lives down the highway from Mr. Duffy. "I couldn't really tell you."

Last week, media from all over came to Friendly Lane – which couldn't have been less so – to knock on Mr. Duffy's door for an explanation of his activities and behaviour. He refused to speak. Instead, RCMP officers began to patrol around his cottage, even stopping to question and check the identification of members of a CTV National television crew after they tried to talk to Mr. Duffy. They were told that Mr. Duffy had called to complain.

On Thursday night, Mr. Duffy announced he was leaving the Conservative caucus and would sit as an Independent, still being paid as a senator and collecting all of his perks of office.

Senator Pamela Wallin also left the Conservative caucus, one day after Mr. Duffy resigned. She indicated in a statement that she was stepping aside until her audit is complete, but a subsequent statement from Ms. LeBreton indicated that Ms. Wallin had resigned from caucus entirely.

Ms. Wallin's audit, which is focused on travel expenses, is taking longer because it involves a detailed review of each trip she expensed to the Senate.

Between September, 2010, and the end of February, 2013, Ms. Wallin charged about $375,600 in travel expenses, with only a fraction of the total listed as "regular travel," the Senate's term for trips between Ottawa and a senator's primary residence. The former journalist said earlier this year that many of her flights to Saskatchewan are not direct, and are therefore listed as "other travel" on her expense forms.

Unlike Mr. Duffy, Ms. Wallin has co-operated fully with auditors and met with them repeatedly as they reviewed her claims, according to a source with knowledge of the audit process. Mr. Duffy's audit report indicates that he would not agree to meet with auditors until the audit was nearly complete – at which point the Senate committee that had ordered the review decided the meeting would further delay the process. Mr. Duffy also refused to provide some of the records auditors requested, according to their report. 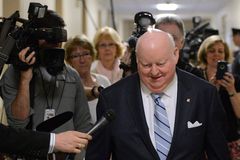 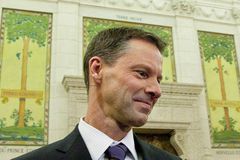 Follow Kim Mackrael and Jane Taber on Twitter @kimmackrael @janetaber1
Report an error Editorial code of conduct
Due to technical reasons, we have temporarily removed commenting from our articles. We hope to have this fixed soon. Thank you for your patience. If you are looking to give feedback on our new site, please send it along to feedback@globeandmail.com. If you want to write a letter to the editor, please forward to letters@globeandmail.com.
Comments