The Speech from the Throne, which outlined the Harper government's priorities for the new session of Parliament on Wednesday, sets a broad buffet of promises and intentions. Here are the seven key lines from the speech and what they mean. 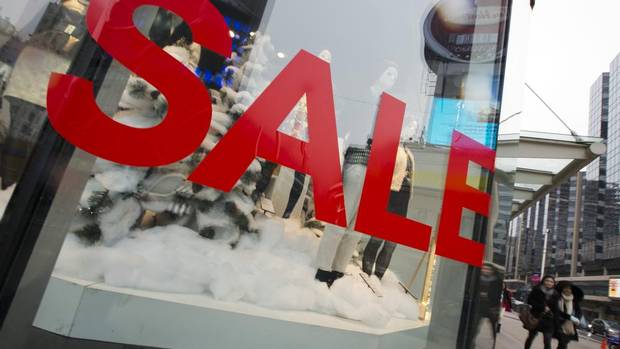 "Canadian families work hard to make ends meet, and every dollar counts. While companies will look out for their bottom line, our government is looking out for everyday Canadians."

If Justin Trudeau wanted to make the 2015 about the middle class, the Conservatives are keen to play ball. This passage came toward the middle of the speech, but has been billed as its summary. Consumer protections promised include lower cell phone roaming charges and bank fees as well as an overhaul of cable TV bundling. But they leave the government in danger of picking fights with industry to benefit consumers. The government will have to wade into the free market if it is serious about the promise to “end geographic price discrimination against Canadians.” How that will work is unclear. It’s not just about cell phone bills. 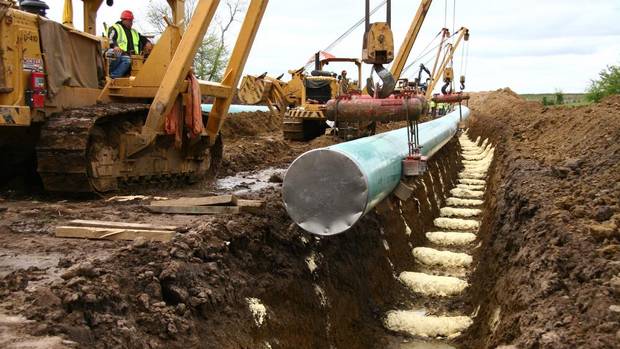 "Canada’s energy reserves are vast – sufficient to fuel our growing economy and supply international customers for generations to come. However, for Canadians to benefit fully from our natural resources, we must be able to sell them. A lack of key infrastructure threatens to strand these resources at a time when global demand for Canadian energy is soaring. We must seize the moment.

This could be seen as a pipeline pledge, tailored to B.C. – a province with six seats being added for the 2015 race and where Christy Clark’s Liberals have so far opposed the Northern Gateway pipeline. The Throne Speech promised higher pipeline safety standards, higher oil tanker standards and higher insurance requirements. All those loom large in consideration of Northern Gateway and other energy infrastructure projects that aim to link Alberta and Saskatchewan to tidewater. But the speech was largely silent on climate change at a time when President Barack Obama has said that Keystone XL will be rejected if it means a net increase in emissions. This Throne Speech reiterated plans to reduce oil and gas emissions, but laid out no plan to meet overall emissions reduction targets. 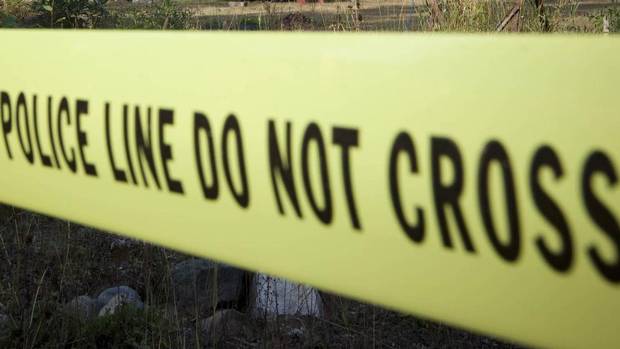 "For too long, the voices of victims have been silenced, while the system coddled criminals. Our government has worked to re-establish Canada as a country where those who break the law are punished for their actions; where penalties match the severity of crimes committed; where the rights of victims come before the rights of criminals."

So-called tough-on-crime legislation has been a pillar of this government, despite a falling crime rate, stand-offs with judges over mandatory miniumum sentencing and a report that provinces bear the brunt of rising jail costs. The Speech promised a Victims’ Bill of Rights, cyber-bullying legislation, delayed release for offenders found not criminally responsible for their actions, longer sentences for child sex offenders, and making it a crime to kill a police dog. The thrust of the changes earned an endorsement from former NHL player and victims’ advocate Sheldon Kennedy, himself a victim of abuse, who said the government “listened and took action.” 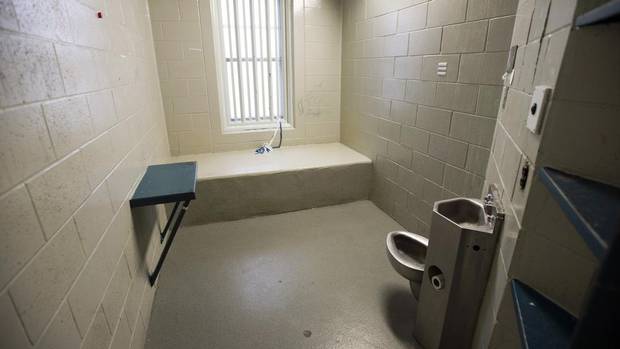 "Canadians do not understand why the most dangerous criminals would ever be released from prison. For them, our government will change the law so that a life sentence means a sentence for life."

This suggests a new playing field when it comes to sentencing serious crimes, such as first-degree murder. Currently, a conviction of a single charge of first degree murder would deliver a life sentence with no chance of parole for 25 years, but also no guarantee of it. The Conservatives appear set to remove the parole option altogether. The Harper government has already changed laws to prevent multiple murder sentences from being served concurrently – now, those sentences can pile on to one another. 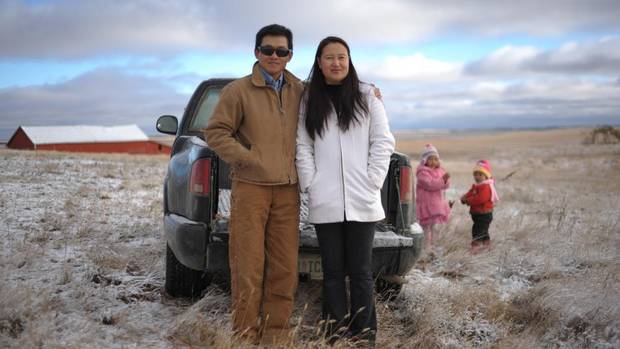 Mark Taylor/For The Globe and Mail

"It is the reality of our country that Canadians of very different origins live and work side by side, together. New Canadians work hard to learn our languages, our values, and our traditions, and in turn are welcomed as equal members of the Canadian family. Our government inherited a broken immigration system, and has worked hard to fix it."

Call this the Jason Kenney section. The Conservative government, largely through Mr. Kenney, has targeted ethnic groups politically, and this Throne Speech continued that. It announced a “new model” to choose immigrants based on job skills that are in demand, and pledged an overhaul of the Immigrant Investor Program. It also announced the first comprehensive reforms “in more than a generation” to the Citizenship Act. 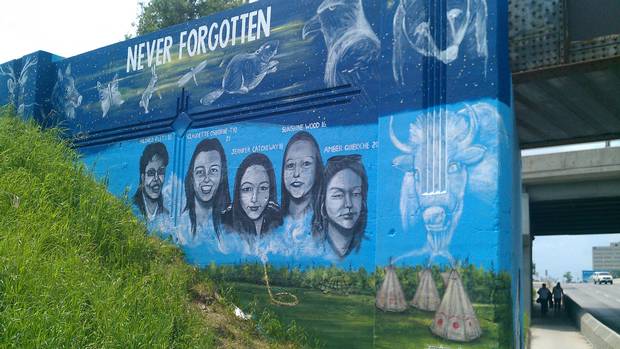 "Aboriginal women are disproportionately the victims of violent crime. Our government will renew its efforts to address the issue of missing and murdered aboriginal women."

This is a bid to address ongoing calls for an inquiry, including pressure from within Mr. Harper’s own caucus. One of the latest calls came from Ryan Leef, the Conservative MP. Another came from James Anaya, the United Nations Special Rapporteur on the rights of indigenous peoples, who this week issued a scathing statement after a nine-day visit to Canada. Among his suggestions was a “comprehensive and nation-wide inquiry.” What the government will actually do, however, remains unclear. 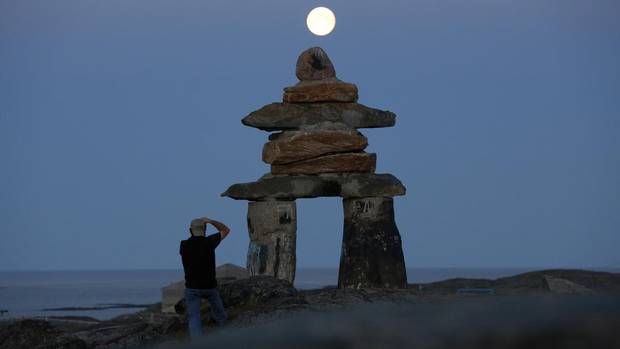 "We are a northern country. We are a northern people. Canada’s greatest dreams are to be found in our highest latitudes. They are dreams of a North confident and prosperous, the True North, strong and free ... but the eyes of the world increasingly look enviously to our North. Our government will not rest.

This effusive section renews a personal focus of Mr. Harper. The North itself is hardly a political prize – a grand total of three seats, two of them already Conservative – but has remained a hobby-horse issue, of sorts, for the Prime Minister, who takes annual trips to the North. The Speech outlined plans to finish the Dempster Highway, push for resource development, open a High Arctic Research station by 2017, build new Arctic patrol ships, open the North’s first deepwater port and “continue to defend the seal hunt.” Broadly, the Northern themes dovetail with other prominent ones from the speech – military goals and feel-good Canadiana – that together appear to equate national pride with Conservative policy.