Nearly all the sex offenders who apply for pardons in Canada successfully wipe out their criminal records from public view, despite the Conservative government's promise four years ago to make the system tougher.

Over the last two years, 1,554 sex offenders applied for a pardon with the National Parole Board; only 41 of them were rejected, leaving 1,513 without a trace of a criminal record, unless they apply to work with children or vulnerable individuals.

The new numbers from the National Parole Board show that the 2.6-per-cent rejection rate for sex offenders is only slightly higher than the overall rate of failed applications for convicted criminals, at 1.5 per cent over the last two years.

The high pardon rate for sex offenders is surprising, given that the Harper government promised to change the rules long before the Easter weekend revelation that hockey coach and sexual predator Graham James had been pardoned in 2007.

A fact sheet from the National Parole Board

In 2006, after The Globe and Mail revealed that retired teacher Clark Noble secured a pardon for a 1998 sexual-assault conviction, then-public safety minister Stockwell Day called for tougher rules as part of a review of the pardon system.

"We want to ensure that unwarranted pardons are not granted to violent or sexual offenders," he said in a statement.

Following up on Mr. Day's request, the National Parole Board enacted new measures in 2007, calling on two board members, instead of one, to approve or reject requests from sex offenders. In addition, the board decided to undertake "more rigorous" consultations with police in the cases of sex offenders, to "determine if there is any recent and relevant information available."

But in a statement on Thursday, the government said Mr. James's pardon, although approved under the old rules in early 2007, demonstrates the need for further changes.

"In 2006, Minister Day discovered inadequacies and moved to address them, based on what was then known. The pardon of Graham James has illustrated that more must be done to safeguard the public and the integrity of the system itself," said Chris McCluskey, a spokesman for Public Safety Minister Vic Toews.

In particular, the government sees a need to change the Criminal Records Act, which doesn't call on the National Parole Board to differentiate among criminal offences or take account of the serial nature of some crimes.

The number of criminals receiving pardons has increased over the past decade as more employers conduct criminal background checks. Companies offer services to help get the records expunged for $400 to $600.

A pardon means that someone's criminal record is no longer public and will be kept separately from the records of non-pardoned individuals. However, the records can be disclosed if a pardoned sex offender applies to work in "positions of trust with children and other vulnerable persons."

An expert in sexual abuse and pedophilia said it is essential to have an alert in police databases when a sex offender seeks a job working with children. Benoît Dassylva, a psychiatrist who has diagnosed and treated hundreds of sex offenders at the Philippe-Pinel Institute in Montreal, said that the clear majority of pedophiles do not recommit crimes, but that, like alcoholics, they have different levels of vulnerability in certain situations.

"They had every opportunity in 2007 to make additional changes," said Mr. Holland, the Official Opposition critic for public safety. "They are trying to seize on a sensational case and turn it to their political advantage."

Mr. Dassylva said 85 per cent of cases of sexual abuse of children are committed by friends and family members of the victims, and that toughening up the pardon system is not the only solution.

"For the population," he said, "it's easy to believe that the danger is a pedophile with a criminal record lurking in a park, when the real danger is someone we've known for two or three years." 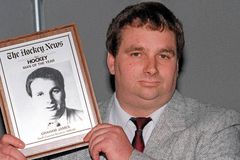 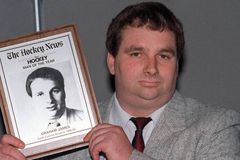 Tories vow to crack down on pardon system
April 6, 2010 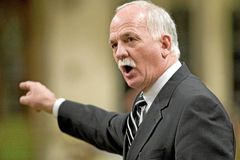 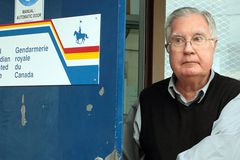