Provinces are planning to fight for enhancements to the Canada Pension Plan at a key meeting on Monday, setting up a showdown with the Harper government over how Canadians will fund their retirements.

Just days before federal and provincial finance ministers meet in Kananaskis, Ottawa made a surprise move to reject CPP enhancements for now in favour of a new privately run savings vehicle.

The shift in federal priorities on pension reform comes as the Bank of Canada heightens its warnings that Canadians are borrowing too much and saving too little, putting some households at risk when interest rates inevitably climb back from near-record lows.

Ottawa's critics insist long-term pension problems must be tackled now and premium increases can be phased in, but the Harper government is aligning itself with Alberta in arguing the economy cannot absorb a new hit on the take-home pay of Canadians.

"I think all are agreed that while we will continue to look at improvements, now is not the time for CPP premium increases," Prime Minister Stephen Harper said Thursday in the House of Commons in response to objections from the NDP.

Ontario Finance Minister Dwight Duncan said as far as he knows, Alberta is the only province that opposes CPP enhancements. He said provinces are working the phones Thursday planning to push the CPP option on Monday.

"It's just not acceptable in our view to put this discussion off," said Mr. Duncan in an interview. "A number of us, the provinces, have talked over the course of the last number of hours and there's still very substantial support for moving forward [on CPP]"

Insurance companies, business groups and the Alberta government praised Ottawa's proposal for a Pooled Registered Pension Plan (PRPP) as a targeted response. One insurance firm, Sun Life, called it a "historic milestone" that could expand pension coverage to millions of Canadians.

But other provinces, national labour unions and federal opposition parties insist another voluntary savings option will not address the fact that millions of Canadians are not saving enough to maintain their current living standard in retirement.

While the recession exposed the harsh realities of high household debt, particularly in the United States, it also exposed inadequate protection for workplace pensions in cases like the bankruptcy of Nortel. Critics of Ottawa's latest plan are concerned the new pool of savings managed by the private sector will not have the same level of protections as the CPP.

When Ottawa and the provinces last discussed pensions in June, Mr. Flaherty was a surprise advocate of a "modest" increase to CPP premiums and benefits as a way of ensuring, through a mandatory policy, that Canadians save more for retirement.

For the past six months, officials at both levels of government were assigned to study both a CPP enhancement and a private-sector option for people who do not have workplace pensions. Mr. Flaherty said there is simply not enough provincial support right now to move ahead with CPP reform.

"It's a multi-jurisdictional challenge to get a consensus on CPP. It's clear that we do have broad support for the private-sector solution," he told reporters on Parliament Hill Thursday.

Changing the CPP requires the support of two-thirds of the provinces representing two-thirds of the population. Even if that threshold could be met, it would be politically and technically challenging to accomplish a major CPP change over the objections of individual provinces.

"Voluntary systems don't work," he said. "I guess a couple of lunches with the insurance and the banking industry have more effect on this government than Canadians' public opinion. It's just absolutely unacceptable in our view."

The PRPP would be administered by regulated private-sector institutions, such as insurance companies, and Mr. Flaherty suggested the rules may require companies that do not currently offer a plan to offer the PRPP to their employees. In that scenario, the employees may be automatically enrolled in the plan and would have to specifically opt out should they not want to participate.

The minister says the plan should appeal to small business owners who may not have the expertise or resources to set up a workplace pension. The PRPPs will pool contributions from many individual companies and workers, allowing them to take advantage of the investment advantages of large retirement funds.

Keith Ambachtsheer of the Rotman International Centre for Pension Management has been following the technical negotiations closely. He said Ottawa appears to be taking the simplest option with the PRPP. "I think there's considerable evidence that something stronger than this is required to solve the problem," he said. 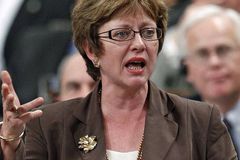 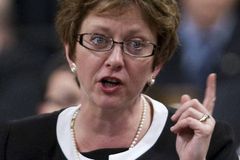