Add "What to do with dad's pool" to the pile of tough decisions facing Prime Minister Justin Trudeau early in the new year.

Forty years after his father, an inveterate swimmer, weathered negative headlines over the decision to build a cedar-wrapped pool house on the grounds of the prime minister's official residence, the facility is in need of major repairs.

A report on the pool house prepared for the National Capital Commission recommended the complete replacement of the building's envelope because of "degradation," according to government documents. The NCC confirmed Tuesday that the pool building needs new windows, doors and cladding, as well as a long list of internal upgrades including electrical, plumbing, lighting and filtration repairs.

The pool house was built using mostly private donations in 1975 at a cost about $200,000, which is more than $844,000 in today's dollars. The NCC said no cost estimate is currently available for upgrading the pool.

The state of the pool house adds another expensive element to the overall decision of what to do with 24 Sussex Dr. The former home of an area logging baron has served as the official residence of Canadian prime ministers since 1950, but it needs extensive repairs.

The NCC – which is responsible for the property – has long recommended that the residence be vacated for an extended period to allow for the renovations. Justin Trudeau and his family opted not to move in to 24 Sussex following the October election. They are living at a residence called Rideau Cottage on the grounds of Rideau Hall, which is across the street from the official residence.

However, the Prime Minister's Office said this week that no decisions have been made regarding the official residence. The NCC has not said when it will announce its recommendations for the property.

The state of 24 Sussex – which requires at least $10-million in repairs to upgrade the ventilation systems and do other non-cosmetic work – has prompted a public debate over whether the building should be renovated or torn down and replaced with something new. Home-reno reality TV hosts Bryan Baeumler and Mike Holmes have both hinted they'd be willing to play a role.

A key distinction between the pool house and the official residence is that the residence is a recognized federal heritage building, while the pool is not. At the request of the NCC, the Federal Heritage Buildings Review Office produced a detailed review of the pool house in 2014 and determined that it fell short of the requirements for heritage designation.

Nonetheless, the NCC told The Globe and Mail Tuesday that the pool is included in its plans for the property.

"While the Pool House at 24 Sussex has not been designated [as a federal heritage building], the building is over 40 years old and retains distinct modern design characteristics that will be considered in the overall preparations on the future of 24 Sussex Drive," NCC spokesperson Nicholas Galletti said in an e-mail.

The heritage buildings report, released under the Access to Information Act, speaks glowingly of the pool house, calling it "simple, subtle, and attractive … in the tradition of private pleasure pavilions designed for escape from the world of work." The pool house was designed by government architect Stig Harvor, who immigrated to Canada from Finland in 1945.

"The architect confirmed that his research for the building design involved looking at the Finnish sauna tradition of which he had first hand knowledge," states the report, which was based in part on a 2013 interview with Mr. Harvor, who is now 86 and lives in Toronto.

Financing of the pool's original construction has long been a source of mystery. While some public money was spent, most of the cost was covered by about 100 private donors, most of whom remain anonymous to this day.

The Heritage Buildings Review Office report notes that Pierre Trudeau swam daily and had been using the pool at the Chateau Laurier hotel before the private pool was built. Justin Trudeau also likes to stay fit, but prefers running and boxing.

"It's a bit of a quandary," Mr. Wudrick said of what to do with the pool house. "The prime minister does not necessarily need a pool. … If it would be cheaper to bulldoze the thing and put a garden there, then maybe we do that instead. But it really comes down to the dollar cost to the taxpayer."

Mr. Harvor, the architect of the pool house who also designed the Brooke Claxton Building in Ottawa that did receive heritage status, dismissed that argument.

"Some people know the cost of everything and the value of nothing," he said. "It's very important I think for any nation to have a sense of its own history and how we came to be what we are today. And when we replace these old memories of the past, we really lose something in our own lives today." 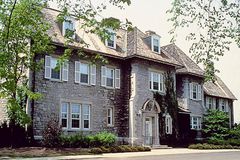 Opinion
24 Sussex is a national treasure that should be restored, not demolished
November 10, 2015 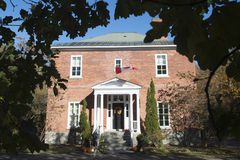