Being an entrepreneur in booming Alberta isn't always the embarrassment of riches you might assume. Oil dominates. For everyone else, venture capital is tough to come by, talent is snapped up and costs are higher.

The effect, some fear, is a black-hole industry sucking up and stagnating everything. And that's where Ken Bautista hopes to switch things up.

Mr. Bautista is the chief executive officer and co-founder of Startup Edmonton, which on Wednesday launched a plan to seed start-up businesses in the Alberta capital and foster a creative hub in the city's stagnant warehouse district downtown. The plan is dubbed Startup City, and the stakes are high.

"Without growth and renewal and innovation and entrepreneurship, you have flat businesses that will eventually be non-existent in 10 years because they haven't innovated, they haven't adapted," said Brad Ferguson, chief executive officer of the Edmonton Economic Development Corporation and keynote speaker at Wednesday's launch.

The energy sector "does crowd out everything," Mr. Ferguson said, though it's no stranger to innovation. "They're one of the most innovative sectors around, but we need more. We need it to be constant, and it's for the health of the entire ecosystem, the entire economy."

The epicentre of Startup Edmonton's effort is a former warehouse called the Mercer, a site that has stirred back to life over the past year with redevelopment, including a bar, coffee shop and the Startup Edmonton "campus" – essentially, an incubator space. The surrounding warehouse district is sandwiched between the campuses of MacEwan University and the University of Alberta and sits just off the downtown strip.

"We see it as ground zero for a new generation of entrepreneurs, creators, artists, innovators and change-makers," Mr. Bautista said.

Startup Edmonton helped raised $9-million in capital this year, Mr. Bautista said, with a focus on technology companies. Its goal now is to lay the groundwork to help spark 500 new start-ups in the city over the next five years, developing the warehouse district into "a centre of innovation and connection." He likens the redevelopment to that of Toronto's Distillery District and San Francisco's 5M project.

"Technology's impacting all industries, including the energy sector, so it really comes down to really smart people and really great talent, and actually helping them to build something from here," Mr. Bautista said. "It's about accelerating and amplifying what we're doing downtown."

A stagnant economy without start-ups has ripple effects, Mr. Bautista said – out-migration consistently plagues Edmonton, which can't afford to keep losing young talent to either high-paying oil jobs or bigger cities with a more visible creative streak. "To me, Edmonton can be this home base. It's a culture shift and a mind shift," Mr. Bautista said.

Mayor Stephen Mandel attended Wednesday's launch luncheon, telling the crowd that start-up companies are healthy for the city – one otherwise made up, as Mr. Bautista's agency puts it, of "big oil, big government or big sports." Mr. Mandel praised the effort.

"Its vision to really create an opportunity and an environment for young entrepreneurs to be successful is really vital," the mayor said, adding: "Good luck, discover, make money, pay taxes." 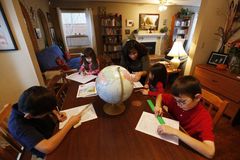 Canada must get its oil to emerging markets
May 9, 2018 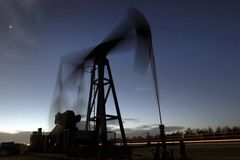 Wildrose Party says Premier Redford has no mandate to take Alberta into debt
May 9, 2018 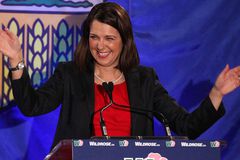