Canada's foreign-intelligence surveillance agency received nearly 300 requests for assistance from domestic security agencies over a four-year period – a degree of collaboration that is raising alarm bells for privacy advocates.

A disclosure from Communications Security Establishment Canada, obtained by The Globe through an Access to Information request, shows the Canadian Security Intelligence Service sought help from CSEC 205 times between 2009 and 2012. The RCMP made 85 such requests during the same time span.

These "support to lawful access" figures – which have never been released before – show that close collaboration with other federal agencies is routine for Canada's electronic-eavesdropping agency.

Watchdogs and judges have recently raised concerns that ill-considered intelligence collaborations can lead to illegal wiretapping, wrongful arrests – or even violence against travelling Canadian suspects who are red-flagged to intelligence agencies operating overseas. On Tuesday, the Office of the Federal Privacy Commissioner called upon CSEC to "proactively disclose" just how much it is working with the other federal agencies. CBC reported that CSEC used information from free Internet service at a major Canadian airport to gather data about travellers.

One issue is whether the various federal agencies use compatible legal standards to collect information: The RCMP and CSIS rely on their officers getting judges to sign off on warrants that allow them to tap a suspect's phone. Yet CSEC is an electronic eavesdropping agency that operates under unique laws, whose computer scientists warrantlessly spy on foreigners and collect communications in bulk, while being barred from targeting Canadians or people in Canada.

Those capabilities make CSEC an attractive – and legally challenging – partner for the other agencies. "If this is an end run around the warrant process, it is not legal," said Micheal Vonn, a lawyer for the B.C. Civil Liberties Association.

Yet, Canada's laws explicitly allow CSEC to offer "technical and operational assistance" to the RCMP and CSIS. CSEC officials are on the record saying they can unencrypt materials seized by the domestic agencies. The records released to The Globe also suggest this assistance takes the form of CSEC lending out sophisticated bugging technology or sifting volumes of communications and records lawfully seized by the other agencies.

The records also show that frequently CSEC is also asked to arrange a mysterious surveillance technique known as a "DIFT" – a "domestic interception of foreign telecommunications."

This technique has lately emerged as controversial. Last month, a Federal Court judge who had legally endorsed the DIFT power as a global extension of made-in-Canada warrants renounced parts of his landmark 2009 decision. Judge Richard Mosley wrote that he has since learned that CSEC and CSIS had machinated to keep his court "in the dark" about key facts, so that they could globally keep tabs on Canadian terrorism suspects.

CSEC takes pains to reassure Canadians it operates lawfully. The agency "follows all Canadian laws, including the Privacy Act, and has stringent policies and procedures in place," wrote Lauri Sullivan, a spokeswoman for the agency, in an e-mailed response to Globe questions.

Records show CSEC got 294 requests for help from all other federal agencies from 2009 to 2012. All came from the RCMP and CSIS save for three requests from Canada's border guards and one request from the military. The total numbers stayed relatively constant at between 70 and 80 requests each year.

No statistics were released speaking to how often CSEC rejects these requests. The surveillance agency had initially blocked The Globe and Mail's Access to Information request on national security grounds, but the figures were released after an appeal to the federal information commissioner.

The records show the federal agencies most often – 77 times between 2009 and 2012 – came to CSEC seeking specialized "tools." (Experts say this is likely a reference to sophisticated bugging devices, possibly similar to ones lately revealed to have been used by CSEC's American counterpart.)

Another 45 requests were made for "processing" seized materials. On 51 other occasions, the agencies sought help in arranging DIFTs.

CSEC has never spoken to how it would, from Canada, capture the telecommunications trails of specific terrorism suspects travelling abroad. Yet several Federal Court rulings have highlighted that this capability exists.

In a ruling released in December, Justice Mosley wrote that he regretted aspects of his 2009 decision to let CSEC and CSIS team up to keep tabs on terror suspects as they left Canada. He said he had since learned the two agencies failed to disclose to him their practice of outsourcing some of the surveillance work to American and British allies.

Such practices unlawfully put Canadian suspects in jeopardy, Justice Mosley wrote, by exposing them to the risk they may be "detained or otherwise harmed" by the intelligence agencies far more aggressive than Canada's.

"The conclusion … that the Court has the jurisdiction to issue a warrant ... for the domestic interception of foreign telecommunications under certain defined conditions remains valid in my view," the ruling reads. But this power "does not extend to the authority to empower the Service [CSIS] to request that foreign agencies intercept the communications of Canadian persons travelling abroad either directly or through the agency of CSEC." 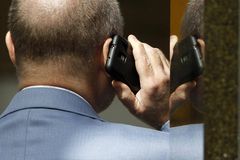 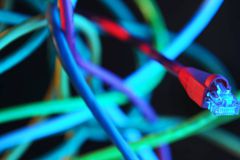 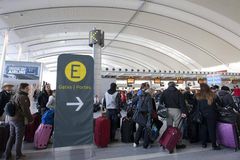 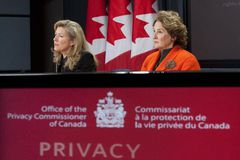