Historian Margaret MacMillan and think-tank adviser Diana Carney are among four people who have quit the board of a charitable foundation that promotes Canada in Britain amid allegations of meddling by the Canadian High Commission.

In her resignation letter, Ms. MacMillan said it's clear the high commission plans to take over the Foundation for Canadian Studies in the United Kingdom with the aim of promoting Canada's interests as it sees fit.

The foundation's website says it co-operates with – but operates separately from – the diplomatic mission, which has made financial contributions over the years.

The organization, a British charity with an endowment of about $2.3-million, was established in 1975 to support teaching, research and publishing about Canada in the United Kingdom, and foster academic ties and student exchanges between Canadian and British universities.

In a December letter to the board, High Commissioner Gordon Campbell outlined plans to exercise the commission's right to appoint four new board members to help the foundation "do more to inform and educate the British public" about the strength of the Canada-U.K. relationship.

Three of these new members, all employees of the high commission, have proposed ousting fellow board member Rachel Killick, a professor emeritus at the University of Leeds, for reasons that are unclear. The motion is to be voted on at a board meeting Friday.

In her resignation letter, dated last Saturday, the Toronto-born Ms. MacMillan says she is "shocked and dismayed" by the high commission's apparent attempt to get rid of Ms. Killick.

"This is no way to treat any board member, much less one who has worked so hard and conscientiously," wrote Ms. MacMillan, warden of St. Antony's College at Oxford University.

"It is also increasingly clear to me that the high commission intends effectively to take the foundation over and use its funds for the promotion of Canada's interests as defined by it."

Others who resigned from the board in the last week are Ms. Carney, a global adviser with the Ottawa-based think-tank Canada 2020 and wife of the governor of the Bank of England; Steve Hewitt, a senior lecturer in the history department of the University of Birmingham; and Susan Hodgett of the Institute for Research in Social Sciences at the University of Ulster.

Foreign Affairs Department spokeswoman Diana Khaddaj said the high commission was approached in late November by board members – she would not say who – to intervene in an "ongoing divergence of views" about the foundation's direction.

She said it would not be appropriate to discuss the differences.

Robert Hain, who resigned as board chairman in October, said the board included "immensely talented and dedicated people" – each of whom had "a legitimate perspective."

Foundation secretary Rick Bastiani did not respond to a request for comment.

The foundation's website says the organization is expanding to consider research directed at issues "of strategic importance to both Canada and the U.K., such as energy, transport, communications, the sustainable use of natural resources, multiculturalism and the welfare of indigenous peoples."

"In particular, the foundation wishes to link the U.K. research community with potential sponsors of research relevant to Canada."

The foundation was once among a handful of foreign charities allowed to issue tax receipts in Canada.

In Mr. Campbell's December letter, obtained by The Canadian Press, he advised board members that this status had ended. "I understand from my colleagues in Ottawa that our renewal request would be entertained if the foundation were to expand its mission." 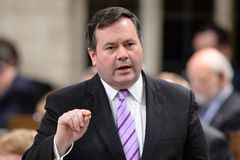 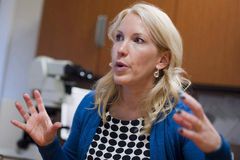 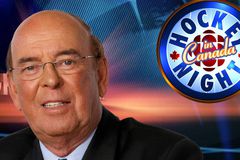