One day in 1990, when Stanley Hartt was chief of staff to then-prime minister Brian Mulroney, Mr. Hartt's call-waiting beeped and it was George H.W. Bush on the other line. The U.S. president was calling to inform him that the United States was about to launch Operation Desert Shield against Iraq.

Domestically, it was a time of lively debate over initiatives such as the Meech Lake Accord, the Canada-United States free-trade agreement, the Acid Rain Treaty, tax reform and the GST. Other pressing issues included the fight to free Nelson Mandela, the abolition of apartheid in South Africa and the creation of the Sommet de la Francophonie.

In his role as a top political aide, Mr. Hartt participated actively in the major initiatives of the government, according to Mr. Mulroney. Prior to his year-long tenure as chief of staff, which started in 1989, Mr. Hartt served for three years as deputy finance minister under Finance Minister Michael Wilson.

During this time, Mr. Mulroney says, Mr. Hartt distinguished himself as "one of the most outstanding public servants of our country."

When he left the public service, Mr. Hartt used his keen intellect to devise a restructuring plan for the bankrupt Campeau Corp., where he became president and CEO.

Mr. Hartt died of cancer of the spine on Jan. 3 at Toronto's Sunnybrook Hospital. He was 80.

Stanley Herbert Hartt was born in Montreal on Nov. 11, 1937, to Rose Gertrude (née Gallay) and Maurice Hartt. He grew up in the city's predominantly Jewish garment district. His brother, Joel, was born three years later.

The family patriarch, Maurice, who in 1907 at age 12 had fled Romanian pogroms for the safety of Canadian soil, became a lawyer and eventually gave back to his adopted country by becoming a public servant. He was elected twice as a provincial Liberal representative for the Montréal-Saint Louis riding, and twice as a federal parliamentarian in the Cartier riding, under prime ministers Mackenzie King and Louis St. Laurent.

Stanley was in Grade 7 when his father died. In his unfinished autobiography, he wrote that he was "stunned, as he emerged from Paperman's Funeral Home, on St. Urbain Street, to follow the casket to the cemetery," when he saw the students from the Jewish People's School – which Stanley attended – pay tribute to his father by "lining both sides of the streets out of respect for the man."

Stanley Hartt would later attend McGill University, where, in 1958, professor H.D. Woods was so impressed with the young man's academics that he recommended him for the Guy Drummond Fellowship, a study-abroad program in Paris.

Mr. Hartt earned money to pay for university by working as a summer camp counsellor at Camp Hiawatha, where he would meet his wife-to-be, Linda Joan Bloomfield.

The couple married on March 2, 1961, six months after Mr. Hartt was admitted to McGill's faculty of law. (The marriage lasted 17 years.) When he achieved the highest grade in bar exams five years later, he earned the Bar of Paris Prize.

At Stikeman Elliot, he worked two blocks away from Mr. Mulroney – also a labour lawyer – who was then starting out at Howard, Cate, Ogilvy (later Ogilvy Renault). Their paths crossed when their firms dealt with issues related to the Montreal waterfront.

"Then we grew from acquaintance to friendship," Mr. Mulroney said.

What prompted Mr. Mulroney to choose Mr. Hartt over other candidates for the chief-of-staff job was that he "was the most brilliant young man of our generation. He had a remarkable mind, with a great capacity to look at complex issues and crunch them into coherent options for anyone with whom he was associated."

As deputy minister of finance, Mr. Hartt was so respected by Mr. Mulroney that he was the only public servant to sit with cabinet at all times, Mr. Mulroney said.

Mr. Hartt played a major role in some vital areas of economic policy, Mr. Mulroney said, including the privatizations of Petro Canada and Air Canada, "along with 29 other Crown corporations," according to the former prime minister. Its positive byproduct, he said, was taking 100,000 people off of the federal government's payroll. Additionally, he noted, Mr. Hartt helped engineer oil-price deregulation, resulting in the National Energy Program's demise. He also had a hand in steering the country's economic rudder during the Mulroney administration, at a time when inflation dropped from 12 per cent to 4 per cent.

As Mr. Hartt would later describe in his self-written posthumously published obituary, "I made the snowballs and Brian threw them."

Mr. Hartt was a loyal defender of the Prime Minister, even during turbulent times, such as the introduction of the unpopular goods and services tax, which even members of his own caucus grumbled about.

In decades following, the two would see each other socially on occasion.

"When we worked together, it was all business," Mr. Mulroney said. "When the business was over, it was just like our early years in Montreal, when we had such fun together."

"[Mr. Hartt] encouraged us to think on our feet, in front of the most difficult situations," he said. "Typically, you were expected to deliver your work with excellence, and your bonus would be the hope of getting a more interesting and complicated assignment afterward."

As senior counsel, Mr. Hartt would engage with junior colleagues as though they were family, regularly inviting them for meals at his home and allowing them to babysit his children, Mr. Rovinescu said.

Mr. Hartt, as a mentor, taught Mr. Rovinescu such life lessons as "Embrace curiosity. Think big. Think on your feet," as well as "Don't be afraid of crazy ideas; the crazier the better. Throw stuff against the wall and see what sticks."

After his stint as chief of staff, Mr. Hartt returned for four months to Stikeman Elliott, where Mr. Rovinescu had since become managing partner.

"While it was odd to be 'managing' my mentor … Stanley relished this with humour, saying that he expected our work to be at least as interesting as his recent interactions with presidents Reagan and Gorbachev."

In his spare time, he was "the innovator behind the new film tax credit financings," Mr. Rovinescu said, adding that he acted as a "behind the scenes, de facto" producer on many Canadian motion pictures in the seventies and eighties.

"He helped save a lot of films," according to Mr. Rovinescu, including the Bruce Dern vehicle Harry Tracy, Desperado, the comedy Porky's and the Robert Lantos-produced film In Praise of Older Women.

Mr. Hartt's love for the arts extended to a penchant for classical music and opera, and he often donated to symphonies in Montreal, Toronto and Israel. He also supported the MS Society of Canada, United Way, Heart and Stroke Foundation, Mount Sinai Hospital, St. Michael's Hospital and Sunnybrook hospital, as well as several Jewish organizations.

Michael Hartt said his father's charitable works once led to an invitation to throw the first pitch at a Blue Jays game.

"Just like every other task in life, he took it very seriously and wanted to make a good throw," Michael noted. With grandchildren in tow on the field, Mr. Hartt threw a straight pitch, clean into the catcher's glove.

At Michael's Grade 8 hockey games, Mr. Hartt would not only play the trumpet, but would come up with witty remarks when the referee made what he thought was a bad call.

Even in recent years, the elder Mr. Hartt continued to be involved politically, be it to raise funds or lend his support.

During the Conservative Party leadership campaign last year, he hosted a fundraiser for Kellie Leitch.

Former finance minister Joe Oliver said he was grateful for Mr. Hartt's assistance in helping raise funds for Mr. Oliver's four campaigns, over the course of nearly a decade.

"He had no reluctance to roll up his sleeves," Mr. Oliver notes. "He was a source of good judgment, and counsel, even when I asked him to help with personal issues. He was a great Canadian. I'll always remember his humour, warmth, and lively and engaging personality. He was a mensch."

When Mr. Hartt was named an officer of the Order of Canada, the citation read: "Whether a lawyer, public servant, political adviser, journalist or businessman, he is an articulate advocate for Canada."

Reflecting on 50 years of friendship and working together, Mr. Mulroney said that he believes Mr. Hartt's public service "was driven by the fact that he was an eternal optimist, and that he appreciated leadership and achievement. That's what he'd gone to Ottawa to do, and that's what he achieved."

"I'll tell you, Canada was lucky to have him." 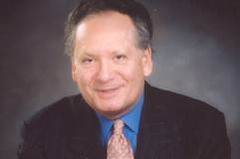