The Ontario government is raising the spectre of a disrupted school year as it threatens the province's teachers with a legislated wage freeze.

The ultimatum is the latest escalation in the government's fight with elementary and secondary school teachers, and follows a tough new deal the province's doctors were forced to accept in May.

This time, however, labour leaders say the government is resorting to fear mongering by suggesting that the start of the new academic year is in jeopardy if teachers and school boards do not agree to a new wage contract by Aug. 31. Many boards close for a few weeks over the summer, and contract talks with teachers typically do not begin until late August or September.

Education Minister Laurel Broten said at a news conference on Monday that the government will introduce legislation if school board trustees are "unwilling or unable" to negotiate agreements with teachers before the existing contracts expire on Aug. 31.

"We will do what is necessary to make sure school starts after Labour Day," Ms. Broten said. "Without new contracts by early fall, there is a higher probability of labour disruption."

She did not elaborate on the rush to reach a new deal or why failing to meet the deadline could lead to teachers not returning to the classroom in September. But a short timeline for teachers and boards to strike a deal is consistent with Premier Dalton McGuinty's new confrontational tone with Ontario's broader public sector, one that marks a departure for a government renowned for restoring labour harmony in the province.

Ken Coran, president of the Ontario Secondary School Teachers' Federation (OSSTF), said the government is simply trying to scare parents. Negotiations between boards and teachers can take place after the school year begins, he said, without disrupting the academic lives of students.

"There were never any threats that the schools would not be open in September," Mr. Coran said.

The OSSTF, and their elementary-school counterparts, walked away from the provincial bargaining table in April, and have refused to discuss the government's calls for salary freezes and cuts to retirement payouts.

The government put teachers on notice in March that it wants them to accept a two-year salary freezeas well as no movement up the pay grid to help eliminate the province's $15-billion deficit. In exchange, the province is promising to preserve full-day kindergarten as well as protect gains made in previous rounds of bargaining, including caps on elementary class sizes and more time for preparing lessons.

Both unions said they would negotiate with local school boards. While the school boards employ teachers, funding for their salaries and benefits comes from the Ministry of Education. The latest negotiations have seen the ministry assert its power partly by circumventing the school boards.

The ministry reached a deal with Catholic teachers by taking the unprecedented step of cutting Catholic school boards out of the agreement. The deal gave teachers in the 45,000-member union a two-year pay freeze, three unpaid professional development days, fewer sick days, as well as blocking them from banking unused ones. Separate school boards have refused to sign the agreement with the Ontario English Catholic Teachers' Association (OECTA) because they fear they would be giving up too much power over hiring.

"We regard the OECTA deal as a roadmap for other deals across the province," Ms. Broten told reporters in announcing that the government has also reached a deal with an association of support staff that includes child and youth workers, and speech and language pathologists.

Michael Barrett, second vice-president with the Ontario Public School Boards' Association, said he doubts whether others will be able to meet the timelines set out by Ms. Broten.

"After five months of negotiations, the government has managed to reach two deals without the agreement of the employers. They are now asking school boards to reach 400 collective agreements inside of four weeks," Mr. Barrett said.

Opposition members attacked the government from both ends of the political spectrum. New Democratic Party MPP Cheri DiNovo accused the government of walking away from the collective bargaining process. Progressive Conservative MPP Lisa MacLeod said it would have been fairer to teachers if the government supported the Tories' push in May for a legislated wage freeze instead of imposing something at the eleventh hour. 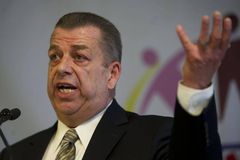 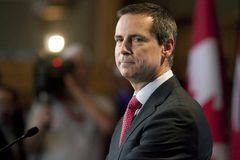 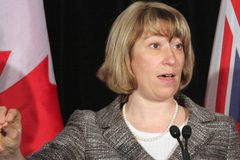 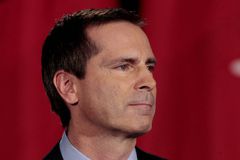 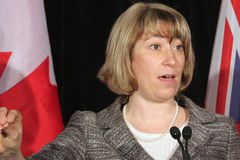