The House of Commons status of women committee appears stuck in limbo while the Liberals and Conservatives battle over who gets to chair it.

"I predict a standoff for some time," one committee member said Wednesday, 24 hours after Liberal and NDP MPs walked out to stop a vote to install Conservative MP Rachael Harder as chair.

The committee was scheduled to meet Thursday, but the Conservatives asked that the meeting be put off because two of its MPs couldn't attend. It was rescheduled to next Tuesday.

That meeting is unlikely to go ahead unless the Liberals back down from their opposition to Harder or the Conservatives agree to nominate someone else.

Harder, the Liberals and NDP said, is not qualified to chair the committee because she holds anti-abortion views.

"It's not that we can't work with a Conservative as chair of the committee, but the spokesperson for Canadian women should be someone who is representative of the Supreme Court decision that was made in 1988," said Liberal MP Pam Damoff, who is one of the vice-chairs.

Harder wouldn't speak to The Canadian Press on Wednesday but she told the Lethbridge Herald the Liberal walk-out was "grandstanding."

She also said Prime Minister Justin Trudeau is being intolerant of a young, Conservative female MP, since he's been silent about Liberal MPs who share her anti-abortion views.

Trudeau said Tuesday the Liberal committee members acted on their own but he supported their decision because "quite frankly, one would hope that the committee for the status of women would have a spokesperson who would be able to stand up and unequivocally defend women's rights."

"That's sort of the point of the status of women committee."

Those comments came just moments after he said Liberals "believe in free speech" when asked how he felt about American professional athletes taking a knee during the national anthem to protest racism.

His spokesman said the prime minister's comments were clear when asked how he squared believing in free speech with blocking a committee chair nomination because of someone's views.

Insiders said if the Liberals were surprised by Harder's nomination, the Conservatives were equally taken aback by the response to it.

A party spokesman for Conservative Leader Andrew Scheer said Harder's nomination came specifically because she was the shadow minister for the status of women.

Harder has been a member of the status of women committee since January 2016.

The Campaign Life Coalition endorsed Harder when she first ran for the Conservatives in the riding of Lethbridge in 2015 because she filled out a "perfect" questionnaire saying she believed life began at conception and would work to introduce and pass laws to ban abortion if she was elected.

Harder also supported a private members' bill in 2016 that would have made it a separate offence to injure or kill a fetus in an act of violence against its mother. The bill was defeated a year ago.

NDP MP Sheila Malcolmson wants the Liberals to allow the nomination to come to a vote so it can be voted down, believing the Conservatives would then be forced to nominate someone else.

She said Harder is free as a parliamentarian to say and believe what she wants, but making an anti-abortion MP the spokesperson for the committee to protect women's rights would be akin to putting someone who didn't believe in bilingualism at the helm of the official languages committee.

"I cannot imagine why Scheer appointed her," he said. "It's a strong signal of his view on women's rights." 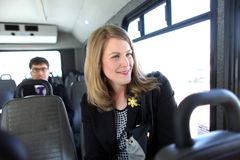 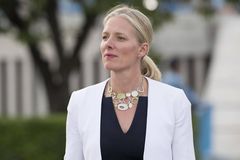 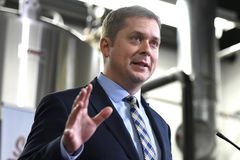