Foreign Affairs Minister Stéphane Dion jeered and gave a thumbs-down gesture in the House of Commons Thursday when the Conservatives raised the case of four Canadian children abducted by their Iranian-Kurdish father, an incident their mother says she witnessed in disbelief and shock.

Alison Azer was in the visitors' gallery in the Commons when Mr. Dion made the gesture and she later broke down in tears when she spoke to reporters.

"It was the first time I felt truly disrespected and dishonoured, not just on behalf of myself and on behalf of my children but my parents," she said. "I was truly disappointed to see the Foreign Minister exhibit such unbecoming behaviour." It has been 14 months since Ms. Azer's children were abducted by her former husband, a medical doctor now living in northern Iran.

Mr. Dion refused to apologize for his behaviour when pressed by Conservative MP Ed Fast, who called the thumbs-down gesture "offensive." The minister said he stands by his behaviour and accused the Conservatives of trying to draw a distraught Ms. Azer into partisan politics.

"We should not play politics. We should not question the will of the Prime Minister to solve the situation or the work that has been done," Mr. Dion told the Commons. "If I expressed my disregard to the member very strongly, it is because I mean it."

Ms. Azer met with Justin Trudeau in May to discuss her missing children.

A senior government official, speaking on background, said Mr. Dion is working diligently to get the children returned to Canada and that the minister believes strongly that MPs should not question Ottawa's handling of delicate consular cases of Canadians who are abducted or jailed in foreign countries.

Omar Alghabra, the minister's parliamentary secretary for consular affairs, later suggested to reporters that Mr. Dion had let his passion get the better of him but that it was the fault of the Conservatives.

"Look, I was there, in the House of Commons. Things get heated and passionate and the tone of the statement of the Conservative member was really inappropriate," Mr. Alghabra said. "This is not helping in dealing with the mother's anguish. I can only imagine what she is going through and to raise this to a partisan level doesn't help assure the mother that we are all working on the return of her children."

Conservative MP Michael Cooper had risen before Question Period began to complain about the lack of progress in Ms. Azer's case.

"When Alison met with the Prime Minister in May, he assured her that he was preoccupied with the case. Yet nearly five months later, Alison has received absolutely no indication that the Prime Minister has done anything to help," he said as Mr. Dion joined several Liberal MPs in heckling Mr. Cooper. Mr. Dion then gave the thumbs down.

The senior government official suggested that Ms. Azer has not been helpful in her criticism of the government. She has accused Ottawa of foot-dragging and is asking Mr. Trudeau to call Iranian President Hassan Rouhani to discuss the situation directly.

Ms. Azer's agony began on Aug. 21, 2015, when RCMP officers arrived at her door in Comox, B.C., to say that her children, now aged 4 to 12, had not boarded their return flight from a vacation with their father in Europe.

Her 11-year marriage to Saren Azer had dissolved bitterly in 2012 after she said he threatened to kill her and the children.

During a vacation, Dr. Azer, who came to Canada as refugee in the 1990s, had taken the children to northern Iraq and then Iran.

The case has been complicated by the lack of Canadian diplomatic staff in Iran as a result of the former Conservative government's decision to close down the embassy and sever relations. The Trudeau government has been negotiating with Iran to reopen the embassy. 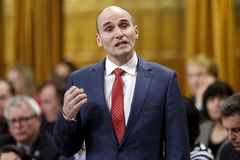 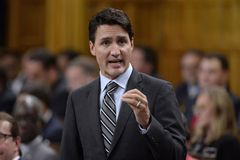 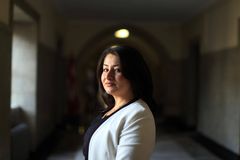