Stephen Harper will use a speech to Conservative Party faithful in the weeks or months ahead to try to rebuild relations with rank-and-file Tories disenchanted by the Senate expenses scandal.

His June 27 address to the Conservative convention in Calgary — postponed after flooding overwhelmed the city's downtown core — was to be the first step in an effort to regain control of the federal political agenda, an effort that will include changes in the Prime Minister's Office and a cabinet shuffle in mid-summer.

After losing Nigel Wright, his chief of staff, amid an expenses scandal that has plagued the Senate and overwhelmed the Tories, Mr. Harper is looking to rearrange his suite of aides. Jenni Byrne, a trusted and loyal adviser who's now director of political operations for the Conservative Party, is one name that has surfaced within the PMO as a possible addition to the team, according to a source.

Flooding in Calgary has delayed the convention. The Tories announced Saturday they are postponing the event until a later date that has not been decided yet.

Tories privately say they are fighting complacency and malaise in their own ranks after a string of Harper Senate appointees and their improper expense claims have soured the government's credibility on the Senate and marred its record in office.

Even among staunch Conservative MPs, there's a concern the government doesn't have more signature accomplishments to show for winning a majority two years ago. And they're unhappy that the Senate has become a liability for the government as it waits for the Supreme Court to rule on what options are available for dealing with the Red Chamber.

Once, Stephen Harper looked like a reformer on the Senate; now the very people he appointed to the chamber – including Mike Duffy – are fuelling nationwide anger.

This has angered rank-and-file Conservatives, many of whom come from Reform Party roots where reforming the Senate was a key article of faith.

Mr. Harper needs to woo them back in his convention speech and re-energize the core of his party that will be expected to crank up the Conservative campaign machine as the clock ticks down to an expected 2015 ballot.

"The Senate stuff is bad," one Conservative official said. "The convention is a time to repair those bridges and get [party members] committed to 2015."

Mr. Harper will try to make a persuasive case that he has done something with his majority, reeling off the list of accomplishments that a Tory audience would appreciate, including a slew of crime bills and the dismantling of the Canadian Wheat Board's monopoly.

A second step in rebooting the Harper administration will be a reorganization of the PMO, the nerve centre of the government, that is expected in the weeks ahead.

Ms. Byrne is known for her hard-driving and highly partisan style. She previously served as director of issues management in the Prime Minister's Office. She was also the national manager of the 2011 Conservative campaign that won Mr. Harper his first majority government.

Should she return to the PMO, Ms. Byrne's appointment would be seen as a sign that the PMO is trying to exert even sharper control over government messaging. Those who know her describe her as ideologically conservative on matters such as gun control or Israel but also somebody "who would walk in front of a bus for Harper."

The scope of the cabinet shuffle is still undecided.

That's in part because Finance Minister Jim Flaherty has made it clear he has no wish to step down. Mr. Harper had asked ministers to inform him if they planned to run again – so he can decide whether he wants to make changes as he builds a cabinet team that will be ready to showcase going into the next election. Mr. Harper will have a bigger rejigging on his hands if he chooses to replace Mr. Flaherty. 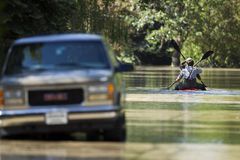 Opinion
MPs, senators, pundits: Please go home. May we never see a Parliament like this one again
May 11, 2018

Senate investigation finds RCMP not in contempt of Parliament
May 11, 2018 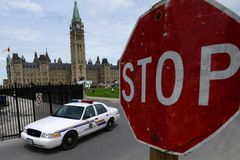 Opinion
During an ugly partisan session, rays of hope for our Parliament
May 11, 2018 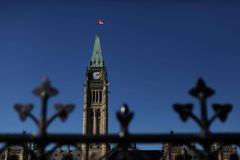 Opinion
Lawrence Martin: Harper must heed the threat from within
May 11, 2018