Abousfian Abdelrazik, the Canadian citizen whose reputation remains tainted by ministerial accusations, wants his name restored and those Canadian security agents who aided his imprisonment in Sudan brought to justice.

"It is not over," he said. "I need my name removed as soon as possible from that list." He was referring to the United Nations Security Council blacklist of terrorist suspects known as the 1267 list, named for the resolution, co-sponsored by Canada, that created it.

In a wide-ranging and sometimes chilling account of six years of imprisonment and forced exile abroad, Mr. Abdelrazik recounted stories of interrogation and alleged torture. He told of Canadian Security and Intelligence Service agents laughingly saying "Sudan will be your Guantanamo" when he begged to be allowed to return home.

His ordeal - described as Kafkaesque by the federal court judge who ordered him repatriated - is far from ended. But the Harper government made it clear that Mr. Abdelrazik couldn't expect any support in his efforts to remove his name from the UN list.

Foreign Minster Lawrence Cannon, in a letter delivered Thursday, told Mr. Abdelrazik to check out a UN website that explains delisting procedures for individuals. "I regret to inform you that I must decline your invitation to meet," the minister wrote.

It was Mr. Cannon who labelled Mr. Abdelrazik a threat to national security, in spite of the fact that he had been cleared by CSIS and the RCMP. Mr. Cannon made no mention of the fact that the Harper government had already sought - in December of 2007 - to have Mr. Abdelrazik delisted after the security agencies said they had knew of no reason not to back the request.

That delisting application was vetoed, apparently by the United States, which originally put him on the blacklist.

Although individuals can apply for "delisting," only governments can add people to the terrorist blacklist, and unless all 15 members of the Security Council agree to a delisting, it is denied. UN sources confirm that no one has ever been delisted without the backing of their government.

Mr. Abdelrazik is the only living Canadian on the list. The only other listed Canadian is Ahmed Khadr, who has been dead since 2003.

Mr. Abdelrazik, who has repeatedly - and under oath - denied any involvement in terrorism, restated those claims Thursday.

He point-by-point denied the allegations cited by the U.S. government in nominating him to the blacklist. They include that he fought in Chechnya, trained in a terrorist camp in Afghanistan, knew Osama bin Laden and was a key operative in al-Qaeda.

But he did offer an account of torture and abuse in Sudanese prisons. CSIS agents allegedly told him he would never see Canada again when they interrogated him in a Sudanese jail in October of 2003.

"Sudan will be your Guantanamo," he quoted one CSIS agent as telling him, a reference to the U.S. prison for terrorist suspects on a naval base in Cuba, where hundreds have been held - many in solitary confinement and without charge - for years.

Mr. Abdelrazik said one of the two CSIS interrogators was the same agent who questioned him at his home two days before he flew to Khartoum in March of 2003. Mr. Abdelrazik said he had called the Montreal police to get the CSIS agents to leave.

Although CSIS denies it arranged for Mr. Abdelrazik to be imprisoned in Sudan, heavily redacted government documents say he was arrested "at our request," meaning Canada's.

After months in solitary with little food and occasional torture, Mr. Abdelrazik said one day his Sudanese jailers told him the "Canadian m uhabarat want to talk to me," using the feared Arabic term for secret police.

Mr. Abdelrazik says he was taken to a room with a table laden "with cakes and fruits and juice and bottles of water," but before he could say anything, one of the CSIS agents said, "Remember I told you in Montreal that 'You will see,' … and now, you will see."

Mr. Abdelrazik said he begged to be allowed to go home and offered to face any charges the agents wanted to press.

"I am not going to help a terrorist," the CSIS agent replied, according to Mr. Abdelrazik. The agent added that Mr. Abdelrazik was "Sudanese, not a Canadian, and should stay in Sudan forever."

"My country doesn't need you," the CSIS agent said. After the two left, Mr. Abdelrazik said the worst period of torture and abuse began.

Mr. Abdelrazik's lawyer, Yavar Hameed, said it was too early to decide whether to seek an inquiry or an apology or compensation from the government.

"I want those people who played this role to face justice, because I don't want this to happen to another person," Mr. Abdelrazik said.

Liberal Leader Michael Ignatieff, who has been mostly silent during the 16-month saga since Mr. Abdelrazik's plight became public, said Thursday that he backed "him being taken off the terrorist watch list."

However, the Liberals were in power when Mr. Abdelrazik says CSIS harassed him in Montreal and then interrogated him in Sudan. The prime minister at the time, Paul Martin, refused to meet him or bring him home when Mr. Martin visited Khartoum in December of 2004.

"The Abdelrazik case is not about Mr. Abdelrazik alone," Mr. Ignatieff said Thursday. "It's crucial that Canadians can count on a government to say Canadian citizenship is indivisible, we protect them all."

Ottawa 'indifferent' to Sudan's threat to kill Abdelrazik: files
May 2, 2018 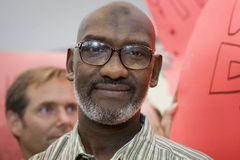 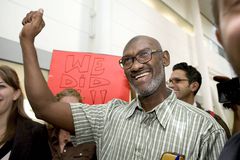 Follow Paul Koring on Twitter @PaulKoring
Report an error
Due to technical reasons, we have temporarily removed commenting from our articles. We hope to have this fixed soon. Thank you for your patience. If you are looking to give feedback on our new site, please send it along to feedback@globeandmail.com. If you want to write a letter to the editor, please forward to letters@globeandmail.com.
Comments are closed