The Supreme Court of Canada has endorsed the public need to shield whistleblowers and bolstered the ability of journalists in Quebec to protect confidential sources, a significant ruling for media rights in this country.

In the judgment, the court outlined a series of steps for judges to use in weighing disclosure of confidential sources against the public right to benefit from investigative reporting. The court stopped short, however, of recognizing a constitutionally embedded right to shield confidential sources.

At a time when media are facing resource challenges, the ruling reaffirms the importance of pursuing journalism that informs the public interest. The decision fortified The Globe and Mail and its reporter Daniel Leblanc in their quest to show that his source for stories on the federal sponsorship affair provided an important service to the public by helping to expose a costly scandal.

Mr. Leblanc must now return to a Quebec courtroom to resume his struggle to protect his confidential source - known only as MaChouette.

The court instructed lower courts that while decisions remain on a case-by-case basis, journalists should be forced to reveal their sources only when there is no other alternative to get the information and when disclosure of sources' identities is vital to the administration of justice.

Globe and Mail editor-in-chief John Stackhouse described Friday's judgment as "an important victory for investigative journalism in Quebec and for every Canadian who believes in the public interest."

The court "has set a very high bar for disclosure of sources in investigative journalism - essentially saying it must be vital to the administration of justice," he said.

"Journalists and their sources don't enjoy blanket protection, but we can continue to pursue investigative journalism, including confidential sourcing, knowing the courts view public interest as paramount."

Mr. Stackhouse said that MaChouette deserves recognition as a Canadian hero who "was willing to challenge powerful interests up to the highest levels of government.

"Canada is better off for her courage and for the information she provided Canadians through the protection of anonymous sourcing," he said.

Polygone hoped to force Mr. Leblanc to reveal the identity of a key source as part of its defence against a $35-million federal lawsuit aimed at recouping money the firm was paid by the former Liberal government.

Speaking to reporters after the decision, Mr. Leblanc said he was gratified that the court recognized the importance of journalistic source confidentiality, in principle.

"What is important for us is the recognition of the importance of journalistic work and that the protection of sources has to weigh in the balance when these issues are raised in court," he said.

The court said that it could not go so far as to create a constitutional protection for all journalists and their sources because of "the difficulty in defining such a heterogeneous and ill-defined group of writers and speakers with the necessary degree of certainty..."

The Globe and Mail's lawyer, William Brock, said he was pleased with the decision.

"The ability of the press to gather news is essential to a free and democratic society, and to the right of the public to be fully and properly informed," he said. "The Supreme Court has clearly stated not only that journalistic-source privilege exists in Quebec, but also that a confidential source should only be revealed where it is vital to the integrity of the administration of justice."

However, Dean Jobb - a legal journalism professor at Nova Scotia's University of King's College - called it "disappointing" that the question of protecting The Globe's key source remains unresolved.

"But the Supreme Court has sent a strong message to judges that journalists should be ordered to 'out' their confidential sources only in rare circumstances - especially sources consulted for important public-interest stories such as this," Prof. Jobb added.

Jamie Cameron, a law professor at York University's Osgoode Hall Law School, said that the court's refusal to recognize "the constitutional status of the newsgathering relationship" was disappointing.

She said that confidentiality is so critical to investigative reporting that it cannot be left to uncertainty of being decided on a case-by-case basis.

What is needed, Prof. Cameron said, said, is the creation of a shield law, "that will give this confidential newsgathering relationship the legal protection it requires."

Writing for the court, Mr. Justice Louis LeBel said "some form of legal protection for the confidential relationship between journalists and their anonymous sources is required."

He specified that it was important to accord Quebec journalists a form of protection that their colleagues outside the province enjoy. The decision creates a qualified form of source protection in Quebec that mirrors common-law protections that already exist in the rest of the country.

Those provisions require trial judges to consider the importance of a confidential source and the public good before ordering a journalist to simply unmask a source.

Judge LeBel made it clear that journalists should never be subpoenaed to testify or divulge sources if there are other means available to get that the same information.

This requirement "acts as a further buffer against fishing expeditions and any unnecessary interference with the work of the media," he said. "Requiring a journalist to breach a confidentiality undertaking with a source should be done only as a last resort."

He said that judges weighing a source confidentiality question must consider the degree of public importance of the journalist's story and whether the information being sought is relevant, he said.

They must also consider whether the story has been published and is therefore already in the public domain; the importance of disclosing a source to the overall administration of justice; and whether the journalist is an actual party to the proceeding or has been dragged into it solely as a convenient source of confidential information.

On a separate matter, the Supreme Court quashed a sweeping publication ban imposed by the trial judge that prevented Mr. Leblanc from reporting on the state of private negotiations between Polygone and the federal government to settle the case.

The dispute erupted two years ago, when a Quebec Superior Court judge ordered Mr. Leblanc to divulge the identity of an anonymous source who had provided key information about the scandal. Mr. Leblanc was asked for the dates on which he spoke to his source and whether the person worked for a particular government department.

Mr. Leblanc did not answer the questions. Instead, The Globe launched an appeal of the order. It maintained that the information would in effect, identify the source. 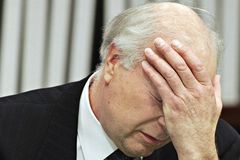 Press freedom hangs in the balance in case before Supreme Court
April 30, 2018 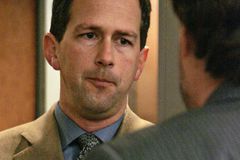 Police probed ties between Brault, Guité and Liberals
April 23, 2018
Finally, inquiry to hear Guité's story
April 19, 2018
Follow us on Twitter @globepolitics Opens in a new window
Report an error Editorial code of conduct
Due to technical reasons, we have temporarily removed commenting from our articles. We hope to have this fixed soon. Thank you for your patience. If you are looking to give feedback on our new site, please send it along to feedback@globeandmail.com. If you want to write a letter to the editor, please forward to letters@globeandmail.com.
Comments