Travellers are vulnerable to a major aviation accident under Transport Canada's current safety regime, inspectors say, lamenting that they scrutinize "more paperwork than airplanes" these days.

A new survey of Canada's professional aviation inspectors, to be released Thursday, found 85 per cent of respondents believe air travellers have been exposed to higher risk because of Transport Canada's transition to safety management systems, or SMS.

The head of the Canadian Federal Pilots Association, which represents licensed pilots who work as Transport Canada inspectors, said Transport Minister Lisa Raitt should see the results as a "major red flag" and cautioned that the next crash could be in Toronto or some other major Canadian city.

Since 2008, the federal department has required air operators whose planes carry 20 or more passengers to develop their own in-house safety management systems. Under the regime, inspectors effectively became system evaluators who sometimes conduct traditional audits.

"We're getting further and further away from the front-line, and our information is coming third-hand," said Captain Daniel Slunder, president of the pilots association, which co-sponsored the survey with the Union of Canadian Transportation Employees.

Ashley Kelahear, a spokeswoman for Ms. Raitt, said Transport Canada inspects small and large airlines thousands of times each year, noting aviation accidents are at an all-time low. She also pointed out that Ms. Raitt asked the federal transport committee to study the transportation of dangerous goods to ensure their safe movement, including the implementation of SMS across air, marine and rail sectors.

An Air Canada spokesman said the company has invested "significant resources" in its safety management system. "We believe SMS is a highly effective additional layer of safety that encourages everyone working at Air Canada to make safety their top priority in whatever they do," Peter Fitzpatrick said.

WestJet wouldn't comment Wednesday since it hadn't seen the survey results. But the National Airlines Council of Canada, which represents the country's largest passenger air carriers, said its members are "committed to SMS as an enhancement of existing safety processes."

The survey found nearly nine in 10 respondents think SMS actually prevents the timely correction of safety problems, and 84 per cent expect a major aviation accident or incident in the near future. The vast majority said they believe confidence in Canada's aviation system would decrease if the public had their knowledge of Transport Canada's SMS oversight regime.

In a joint statement, the unions say SMS was supposed to supplement direct inspection, such as pilot check rides and unannounced ramp checks, but said a "serious shortage of inspectors" means Transport Canada is relying heavily on SMS audits.

The survey comes one month after the Transportation Safety Board released a report detailing the human, technical and organizational factors that contributed to the 2011 First Air crash that killed 12 people in Nunavut. Transport Canada inspected First Air's SMS in 2009 and determined it complied with Canadian Aviation Regulations.

The TSB report, which said the industry's transition to SMS has "proved to be challenging," said there was no indication Transport Canada ever attended one of First Air's course on crew resource management, which was ultimately found to be outdated and lasted just one quarter of the recommended time.

The survey also comes after last fall's scathing Auditor-General report, which was released several months after a train carrying crude oil derailed in Lac-Mégantic and killed 47 people. It said Transport Canada "does not have the assurance it needs that federal railways have implemented adequate and effective safety management systems."

A 2012 Auditor-General report, meantime, concluded that on a program-wide basis, Transport Canada was not sufficiently managing risks associated with its civil aviation oversight. It cited inspection files that "fell short" and found that many fewer inspections are done than planned.

The CFPA-UCTE e-mail survey of 284 aviation inspectors was conducted by Abacus Data between Feb. 13 and March 14, 2014.

A traveller’s nightmare: How to beat severe motion sickness
April 22, 2014 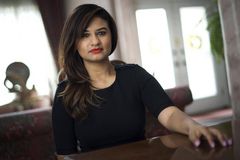