The head of Canada's largest indigenous organization says the government acted counter to its own apology for the treatment of children at Indian residential schools when it used a technical argument to deny compensation to many of those who were abused.

The 2008 apology was made the year after the implementation of the Indian Residential Schools Settlement Agreement involving the government, the survivors and the churches that ran the schools. In it, former Conservative prime minister Stephen Harper asked on behalf of Canada for the "forgiveness of the aboriginal peoples of this country for failing them so profoundly."

Two years later, Justice Department lawyers working under Mr. Harper's government began to argue in compensation hearings that more than 50 of the schools listed in the settlement agreement ceased to be residential schools in the 1950s and 1960s when Ottawa took over the operation of the educational facilities and left the churches responsible for only the dormitories – a move known as the administrative split. Justice lawyers successfully argued that students who were sexually or physically assaulted after that time in any place but the dormitories were not abused at a residential school and were, therefore, not entitled to payment for their suffering.

The settlement agreement established the Independent Assessment Process (IAP), which set compensation levels for residential school survivors who could prove they were abused.

One of the AIP adjudicators, who estimates that as many as 3,000 claims were dismissed as a result of the split, told The Globe that some Justice Department lawyers told her they did not enjoy making the argument and that the orders to do so had come from "on high."

The adjudicator, who asked to remain anonymous, and indigenous leaders say they believe the attempt to disqualify thousands of claimants was a cost-saving measure. Canada has paid nearly $3-billion to survivors of residential schools through the IAP.

Rob Nicholson, the Conservative MP for Niagara Falls in Ontario who was the justice minister in the Harper government from January, 2007, to July, 2013, says he does not recall discussions about the administrative split when he was in charge of the department.

"I don't remember anything specifically about that," Mr. Nicholson told The Globe. "But, if you're justice minister for six-and-a-half years, you have been briefed on just about anything."

Jody Wilson-Raybould, a former member of the AFN's national council who is now Justice Minister, said on Thursday that the Liberal government is committed to implementing the settlement agreement in a timely and fair way. "I have instructed my hard-working and dedicated officials to come up with options to remedy this situation working with the Minister of Indigenous Affairs," Ms. Wilson-Raybould said.

NDP Leader Thomas Mulcair told the House of Commons the administrative-split argument runs contrary to the spirit of reconciliation with residential school survivors. Mr. Mulcair asked Ms. Wilson-Raybould to apologize to the abuse victims whose claims have been denied and to provide them with compensation.

But Mr. Bellegarde said he was heartened by the words he has heard from the Liberal government. On Wednesday, Indigenous Affairs Minister Carolyn Bennett told the House she has asked her department to conduct an urgent review to find out why the claims were denied.

"We're going to continue to urge her to deal with this as soon as possible because it's completely unjust and unfair that governments would start finding an administrative loophole in terms of trying to limit their financial obligations," Mr. Bellegarde said. "These are lawful obligations, and it really hurts and further drives pain for the survivors." 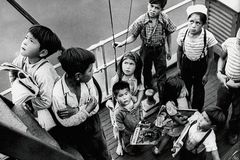 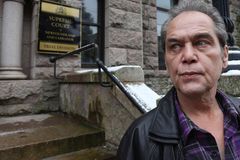