Jodie Millard was 18 when she received a blood transfusion after giving birth to her first daughter by C-section in 1986. She would not realize until 13 years later why she suffered from chronic fatigue that constantly forced her to miss her three children's events or why she was too tired to pursue her psychology degree.

Ms. Millard, now 49, was one of thousands of Canadians infected with the hepatitis C virus (HCV) through tainted blood in the late 1980s and who benefited from a $1.18-billion settlement with the federal government as a result.

Her daughter, who also received a transfusion, was not infected – but Ms. Millard said her family has been affected forever.

"You're really not able to have a normal life," she said. "… Not knowing what your future holds, not knowing if you're going to be around for your kids." She eventually received treatment, but was never cured, and still has chronic fatigue, thyroid disease and osteoporosis.

Now, thousands of people who were infected with hepatitis C between 1986 and 1990, including Ms. Millard, are to receive millions of dollars more in compensation after historic court rulings by judges from Ontario, British Columbia and Quebec.

Many of the victims have said their original payouts were inadequate, and a class-action lawsuit was launched to get access to a surplus in the settlement fund. The three judges heard the case in joint proceedings in Toronto, and ruled last week that about $175-million of the $205-million surplus should go to about 11,000 people and their families. The government argued the money should be paid into federal coffers.

The court accepted seven of nine recommendations from a joint committee representing tainted-blood victims and their families, known as class members in the settlement. The recommendations outlined where the surplus funds should be directed, including money for those who made late claims and dependents of those who died, and for increased payments to more than 5,000 victims and family members.

"The additional compensation will make a real difference in their lives," the committee's lawyers said in a statement.

The ruling has no impact on at least 300 people who were infected with HCV before 1986 and after 1990, who were told they are eligible for compensation through a separate settlement, but have not been paid because their own fund ran dry.

Although the court did not have authority to top up the other fund, federal lawyers could have told the judges that, if returned to the government, the money would be re-directed to the empty fund for those who have not received full compensation. It is estimated $60-million is required to pay the remaining claimants.

But the government was unwilling to make such a commitment – promising only to invest it in initiatives that would help those fighting the disease.

"This was a missed opportunity," said David Klein, the lawyer who negotiated the settlement for those who were infected before 1986 and after 1990.

"It doesn't matter to my clients where the money comes from," he added. "It can come from general government revenues. The important thing is the people who were promised compensation receive the compensation that was promised to them."

Instead of returning it to the government, the judges chose to leave about $40-million of the surplus untouched.

All three judges wrote separate decisions, but agreed on the recommendations.

"Canada's submission that the money would be used for the benefit of all Canadians is not persuasive," Ontario Superior Court Justice Paul Perell wrote in his Aug. 15 decision. "… One can hope [all Canadians] would at least share the empathy if not the liability or the responsibility to compensate the suffering Class Members, all of whom are innocent fellow citizens grievously injured from tainted blood."

A spokesman for the office of Health Minister Jane Philpott said the government will review the decisions, but would not answer questions about topping up the fund for the people who have not yet been fully compensated.

"The Government of Canada recognizes the tremendous hardship that infected individuals and families have gone through," Andrew MacKendrick said in an e-mail.

Both sides of the case have a maximum of 30 days to appeal the rulings.

Ms. Millard, who received $250,000 in compensation plus smaller yearly payments for loss of income, said she could be awarded up to $100,000 more because of the rulings. She travelled from her home in Killarney, Man., to testify at the hearings in Toronto this June, and said she was "speechless" that government wanted the surplus money. She also hopes Ottawa pays those who have yet to receive full compensation from the pre-1986 and post-1990 settlement.

"I couldn't believe that the government that was responsible for us being sick, for people dying, who had set this $1.1-billion settlement aside for us, was now looking at that as money sitting there and basically they couldn't wait to get their claws into it. And that's when the anger came into it," she said.

She added that she testified not because of the money – although it will help her – but to have her story heard in court for the first time.

"It's more the principle," she said. "It was the way I was taught. If there was an injustice done, you fight for it and you don't stop." 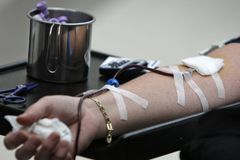 Liberals refuse top up fund for those affected by tainted-blood scandal
June 16, 2016 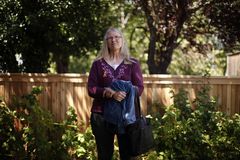 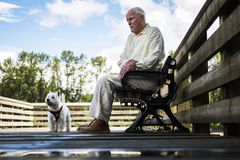