One of the candidates competing against a senior Justin Trudeau staffer to win the Liberal nomination in a Toronto-area riding says Tamil-Canadians make up the vast majority of the 1,600 party members she'd signed up during her campaign and who have been declared ineligible to vote in this controversial contest.

Juanita Nathan, a school board trustee who is Tamil-Canadian herself, says this ethnic community is present in large numbers in the riding of Markham-Thornhill. The electoral district is in need of a new Member of Parliament after incumbent John McCallum was named Canada's next ambassador to China and by-elections for a number of ridings across the country are set for April 3.

The Liberal Party triggered accusations of favouritism in the Markham race by announcing Feb. 20 that the period to register new members for the nomination vote would be retroactively cut off as of Feb. 14.

For subscribers: It's no surprise that political party nominations are rigged

"It's pretty sketchy," Ms. Nathan said of the move. She has accused the Liberals of favouring Mary Ng, director of appointments to Prime Minister Trudeau, and said the far-reaching retroactive cutoff benefited the Ottawa staffer. Ms. Ng's campaign rejects this charge and said the membership cutoff hurt them too.

Ms. Nathan said that by Feb. 20 she had registered nearly 1,600 new members on party rolls – all of whom are now disenfranchised from participating in the nomination vote set for March 4. She also had several hundred more memberships she had yet signed up but not registered on Liberal Party rolls.

She said Liberal Party officials would have been able to detect a pattern among members she was registering before they backdated the cutoff for voting. "Our names stand out. You can tell," she said of Tamil-Canadian names.

By comparison, Prime Minister's Office staffer Mary Ng, whom rivals alleged is the Liberal Party's "preferred" candidate, is targeting her message to Chinese-Canadians in Markham-Thornhill, an even more significant ethnic group in this electoral district.

Ms. Ng's campaign launched with English-language and Chinese-language news releases and the candidate bills herself as the "the highest ranking Chinese-Canadian to have ever served in the Prime Minister's Office."

Markham-Thornhill's ethnic makeup is more than 35 per cent Chinese and more than 30 per cent South Asian, according to census data. However Ms. Nathan says a significant portion of that South Asian category – she estimates 12 percentage points – are Tamils.

The Markham-Thornhill nomination contest is one of two Liberal races where the governing party faces accusations of manipulating the results.

In Montreal this week, the Liberal Party rejected the candidacy of long-time municipal politician Alan DeSousa for reasons it would not divulge, giving a boost to Yolande James, the former provincial cabinet minister whom rivals have also alleged is the preferred candidate.

In Markham-Thornhill, Ms. Nathan said from the information she's subsequently been given by the party that it appears there are only about 300 members in the entire riding association eligible to vote in the March 4 nomination race.

The Liberal Party has said it was within its rights to back-date the cutoff point for members, pointing to rules governing nominations that provide for this. One former senior Liberal official has said this helps prevent hoarding of memberships until the last minute. Liberal Party spokesman Braeden Caley declined to say how many Markham-Thornhill Liberal members are eligible to vote on Saturday and he also declined comment on the hundreds of disenfranchised Tamil-Canadian voters.

He noted candidates were free to sign up members for five weeks following the announcement that Mr. McCallum would be leaving elected politics. "The party strongly encourages candidates to not withhold large numbers of registrations."

Ms. Nathan said it's distressing there could have been thousands of voters eligible to decide the Markham-Thornhill nomination Saturday but now it appears "the race will be decided by about 300 people."

Mr. Trudeau, speaking ahead of a campaign rally for by-election candidates in Calgary, brushed off the controversy plaguing the Toronto-area riding. He said the grassroots will decide the outcome, not party brass.

"In the contested nominations, there's always an excitement about who's going to be the next candidate for the Liberal party. And I'm confident that, again, allowing the individuals who are members of the Liberal party to decide who gets to be their representative is the best way forward ... . This is an important part of being an open, transparent political party." 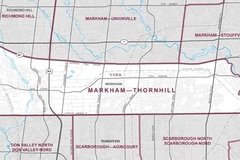 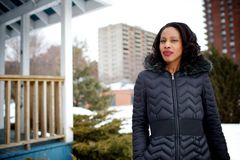 Trudeau aide Mary Ng, vying to run in by-election, highlights her relationship with China
February 15, 2017
Follow Steven Chase on Twitter @stevenchase
Report an error Editorial code of conduct
Due to technical reasons, we have temporarily removed commenting from our articles. We hope to have this fixed soon. Thank you for your patience. If you are looking to give feedback on our new site, please send it along to feedback@globeandmail.com. If you want to write a letter to the editor, please forward to letters@globeandmail.com.
Comments