Tuesday could be the day that the influx of Syrian refugees hits the 10,000 mark, but resettlement groups are now looking far beyond that milestone.

Flight arrival data on the Immigration Department's website suggests the 10,000th Syrian will arrive on one of two flights bound for Toronto on Tuesday though the department could not confirm that number.

"We expect to achieve our goal of welcoming 10,000 Syrian refugees to Canada this week," said spokesman Remi Lariviere in an e-mail, but he added that information online is still subject to change.

In November, the Liberals said 10,000 Syrians, mostly privately sponsored, would arrive by the end of 2015, but failed to meet that target.

They say 25,000 Syrians in total should be here by the end of February and then a further 10,000 government-assisted Syrian refugees will come by the end of 2016.

What's unclear is how many more privately sponsored refugees will be accepted after the end of February.

There are upwards of 200 applications a week being submitted by private groups looking to sponsor Syrians, said Chris Friesen, the president of the Canadian Immigration Settlement Sector Alliance.

But nobody knows how those applications will be treated without knowing the government's overall immigration plan for 2016, he said.

Ordinarily, the government sets a range of privately sponsored refugees it will accept from around the world each year, but it's unclear whether the Syrian program will be part of that or on top of it.

"I'm assuming the government has a range, a target, as part of the 2016 plan but all of this impacts funding going into the next fiscal year, particularly settlement support, because some regions of the country have significant wait-lists for some or all settlement programming," he said.

The levels plan is contained in the legally mandated annual report on immigration. It lays out how many immigrants in all categories the government anticipates accepting each year.

"That 2016 immigration level plan is going to be critically important for everybody," said Friesen.

"Are we talking about a pre-existing number of 250,00 to 260,000, but we've rearranged the focus towards more humanitarian at the expense of economic class? Or are we talking about increasing the overall numbers? And how does this play into 2017 planning?"

The report is supposed to be tabled by Nov. 1, but the election delayed its release. The law says that if the House of Commons is not sitting on Nov. 1, the report must be tabled within 30 sitting days after the Commons meets.

It also usually preceded by public consultations as the government seeks input from the private sector and from the provinces on what their capacity and demand is for new residents in a given year.

This year, consultations don't appear to have taken place.

A spokesman for Ontario's Immigration minister says the 2016 plan did come up in ministers' meetings in December, but there have been no formal talks yet with the federal government.

A spokesperson for Immigration Minister John McCallum did not return a request for comment.

Opposition immigration critic Michelle Rempel said the complex nature of the plan makes consultation essential. The number of immigrants affects everything from schools to the labour force and consultation is necessary to know what the system can absorb, she said.

As of Jan. 7, 7,671 Syrians had arrived in Canada, according to the latest available data on the Immigration Department's website.

The military is gearing up for the arrival of greater numbers of government-assisted refugees in the coming days.

Unlike refugees with private sponsors, arriving government-assisted refugees do not immediately have homes to go to. So, three Canadian Forces bases — Valcartier in Quebec and Kingston and Borden in Ontario — are expected to house thousands of people, potentially beginning later this week. 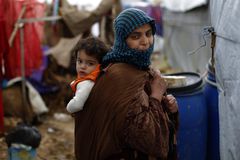 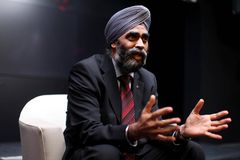