The McGuinty government is trying to rein in educators' compensation and benefits to help tame its deficit, a move designed to avoid cutbacks to the core education programs it has trumpeted as Liberal hallmarks.

Finance minister Dwight Duncan's 2012 budget proposes consolidation as a cost-cutting tool at all levels of education. The province's government plans to make universities' small, scattered pension plans pooled to be more efficient, while underused schools and even school boards are slated to be merged.

The budget is peppered with references to the need to protect education and health care. And in a budget rife with spending cuts, education funding is one of the fortunate few areas allowed to grow modestly, with primary and secondary education spending set to grow 1.7 per cent and post-secondary by 1.9 per cent annually over three years. Both figures are more generous than what economist Don Drummond recommended last month.

But Finance Minister Dwight Duncan noted that compensation of all types makes up the lion's share of public sector spending in prepared remarks on Tuesday, adding, "we need everyone to do their part" – an argument it made as it entered negotiations with teachers' unions last month.

The province's university pension plans have been floundering after suffering heavy losses in the recent recession, and the budget proposes major changes to the way they're run.

Most notably, the government plans to legislate pension funds at Ontario's 20 universities to have their "investment management functions" pooled under one structure, arguing experts have proven larger plans perform better, with more efficient administration and a size and scale that allows them access to wider investment options.

Precise details have yet to be hammered out with an outside adviser.

Universities have already formed a working group exploring the idea, but are known to guard their autonomy. Bonnie Patterson, president of the Council of Ontario Universities, has said the many differences between existing plans present challenges.

"I would hope they would realize this is in their best interest," Mr. Duncan said.

The province also calls for universities and their employees to share pension costs equally. With many universities now contributing considerably more than professors and staff, it appears the latter group would need to hike contributions substantially to keep their pension payouts from being slashed.

The post-secondary plan includes the Ontario tuition grant unveiled in the last election. Expected to cost $420-million next year, the grant provides $1,600 and $730 per year respectively to more than 300,000 mid-to-low income university and college students. The budget also promises a series of measures to streamline employment training and apprenticeships.

But it also includes several spending cuts, ranging from a vague $121-million in savings over three years from enhancing post-secondary institutions' "innovation and productivity" to be explained further this summer, to scrapping $75.4-million worth of study-abroad scholarships and subsidies for some international students over three years.

As expected, the battle for savings in elementary and secondary education will be fought in bargaining over teachers' wages and benefits in the coming months. The government has presented "parameters" for negotiation including a freezing teacher salaries and pay scales, and ending some benefits such as sick days that can be banked and paid out at retirement.

Teachers' unions have responded venomously to the government's new contract proposal, but Premier Dalton McGuinty has said teachers need to make concessions to protect full-day kindergarten and caps on class sizes, as well as some 10,000 new teaching jobs created under his government - signs of "progress" that are left untouched in the current plan.

But while teaching jobs appear to be protected, some other education jobs will likely be lost. The budget aims to slash some of the "curriculum and teaching specialist" positions created since 2002, to $91.1-million over three years. Meanwhile, school and board amalgamations - delayed until 2013 but expected to save more than $70-million once complete - may make some administrative positions redundant.

Finally, the budget includes a grab-bag of other educational cuts, including to Program Enhancement Grants - flexible funding school boards use to improve existing programs - as well as to medical education, where funding for residents and "indirect teaching costs"are also set to be slashed by $42.8-million over three years. 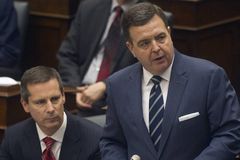 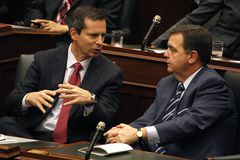 Duncan's budget a good start down Ontario's rough road
May 3, 2018 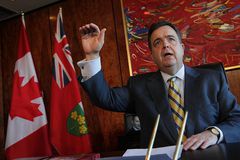 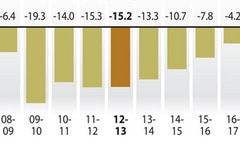 Infographic: Ontario's budget by the numbers
June 5, 2017
Your say: What do you think of Ontario's budget?
April 30, 2018
Public-sector workers to feel tough Ontario budget's pension pinch
May 9, 2018 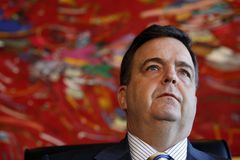 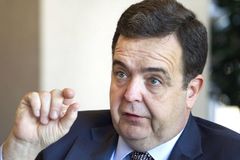