One of the hottest policy debates in Parliament is over the federal government's rules on allowing non-Canadians to come into the country temporarily for work – an issue that touches on both immigration and employment. The Temporary Foreign Worker Program has gone through many changes in recent years and is currently under review by the government after allegations of abuse. Here's what you need to know.

What is the Temporary Foreign Worker Program?

It is the overall name for a group of wide-ranging programs that allow foreigners to come to Canada temporarily. The program is primarily known for allowing employers to bring in workers to do jobs that are going unfilled in Canada. However, the program also includes other categories, such as allowing international companies to bring in short-term help from a satellite office in another country. It also includes an international exchange program for youth. 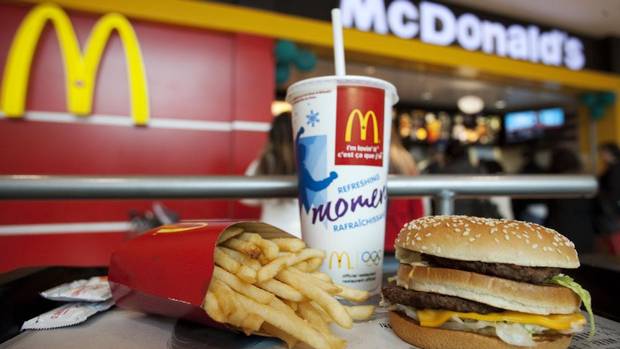 What’s controversial about the program?

At a high level, there are growing questions about the underlying justification for the program. The government has said it is needed to fill a growing labour shortage, but experts, including the C.D. Howe Institute and numerous economists, have said the quality of Canada’s labour market data is so poor that it is impossible to know for sure whether there is a serious labour shortage.

There are also specific stories about how the program is working in practice. Last year, Royal Bank apologized in response to controversy over its use of the program and inter-company transfers to outsource IT workers. More recently, a series of stories by CBC reported on allegations that Canadian were displaced by temporary foreign workers at three McDonald’s restaurants in Victoria (pictured above) and at a pizza restaurant in Weyburn, Saskatchewan.

Business groups, such as the Alberta Hotel and Lodging Association, insist the need is very real and the federal government’s recent moratorium banning the foodservice sector from the program will have a “devastating” effect on business.

I’ve seen different numbers in the news. How many temporary foreign workers are there in Canada? 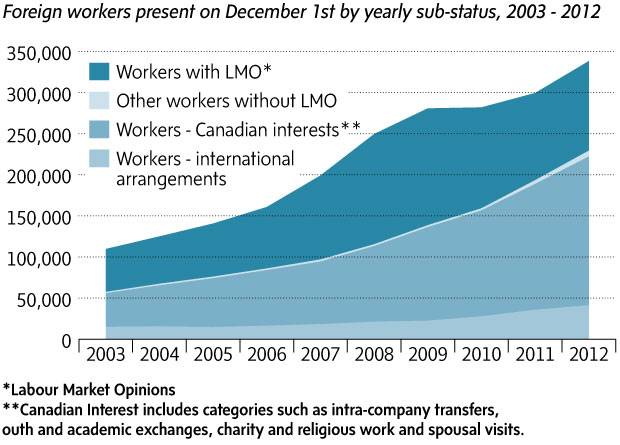 However it could be argued that this “snapshot” approach makes the number of foreign workers in Canada seem smaller than it really is. For instance, if a construction worker takes a job from April to November, they would never appear in the government’s preferred statistic.

There is another statistic that gets around this problem. 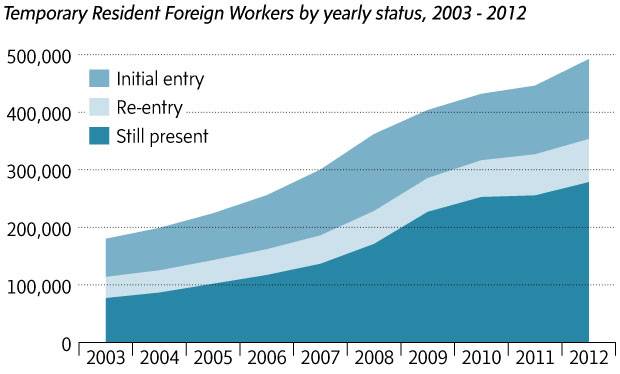 The government also measures foreign workers by calendar year, including initial entry, re-entry and those still present. By that measure, the number of temporary foreign workers has grown from 181,794 in 2002 to 491,547 in 2012. One issue with this statistic is that it could potentially double-count a worker who comes in for one short-term job, returns home and then comes back for another temporary position. 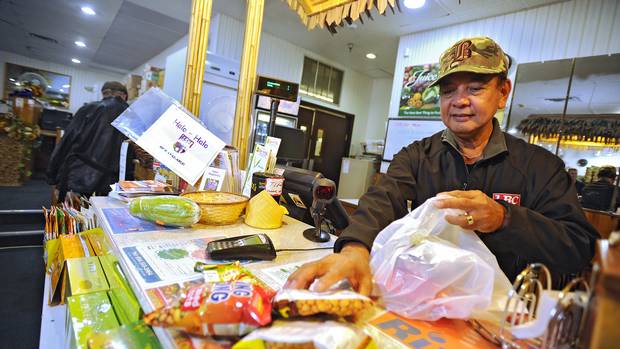 In which industries do they work?

While the program started with agricultural workers and live-in caregivers, there are now additional streams for low-skilled and high-skilled workers – anyone from fast-food workers to engineers. There is also the youth mobility program, which allows foreign students to work temporarily in Canada while Canadians are given the same opportunity in other countries. Though critics say Canadians do not use the program in the same numbers as foreign youth who come to work in Canada.

Much of the attention on the program is focused on jobs that require a Labour Market Opinion (LMO), which is a screening process by Employment and Social Development Canada that is meant to ensure an employer has first exhausted all local options to find a Canadian. However, nearly two-thirds of all temporary foreign workers do not need an LMO. Inter-company staff exchanges or workers brought in under trade deals like the North American Free Trade Agreement are exempt from the LMO process.

(Pictured above is Mike Buensuceso at his shop, Asian Central, in Whitehorse, Yukon.)

Where in Canada do they work?

Western Canada is often viewed as the biggest user of the program, given that unemployment rates there are below the national average – leading many employers to say they are facing very real problems finding Canadian workers and need outside help. The numbers for positive Labour Market Opinions show Alberta uses this process more than any other province. 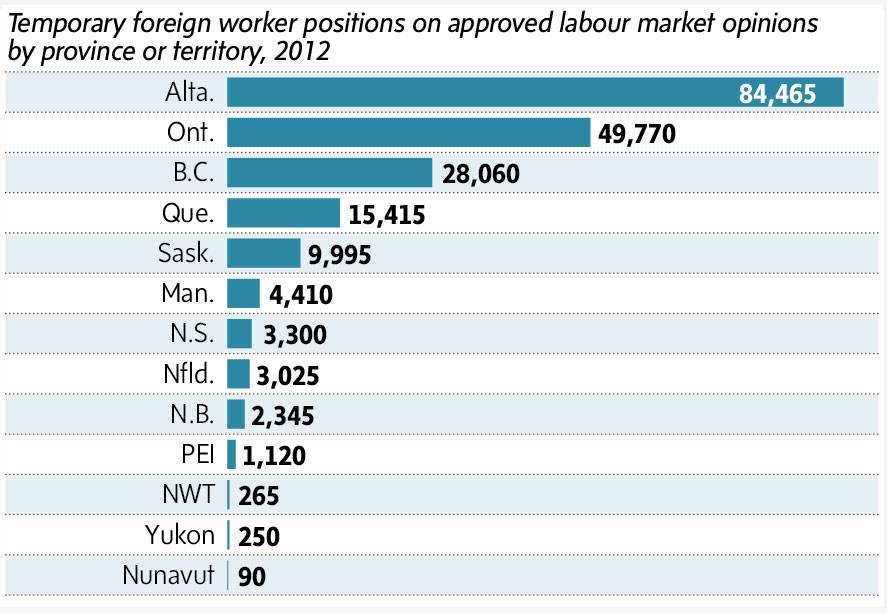 However, Ontario – where the unemployment rate of 7.3 per cent is currently above the national average of 6.3 per cent – actually welcomes the most temporary foreign workers when all categories are included. This broader statistic includes workers who are in Canada under an LMO, but also inter-company transfers and other exchanges that do not need an LMO. 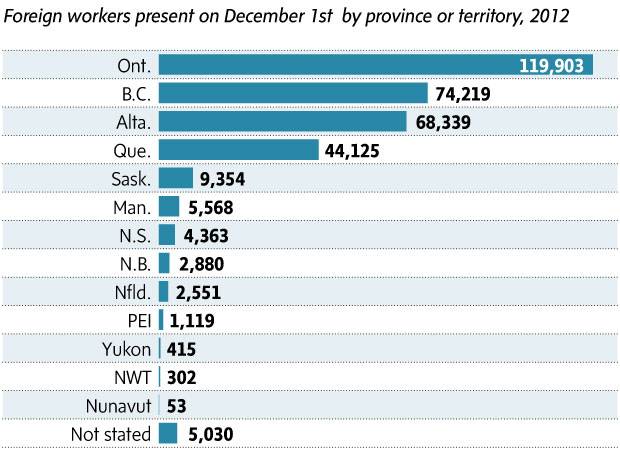 A more detailed breakdown by city can be found here. 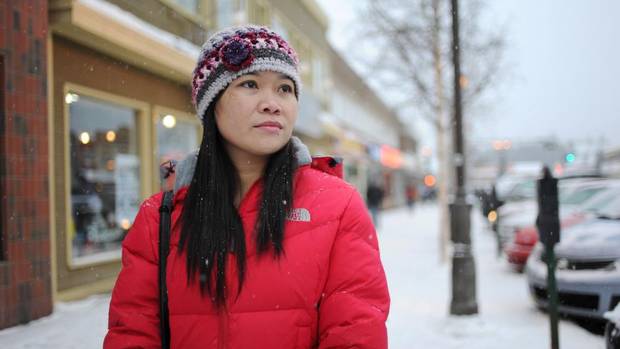 Where do temporary foreign workers come from?

There are two ways of measuring this. Employment and Social Development Canada publishes data on the number of LMOs the department has approved each year. However, in 2012, the government says that in 60 per cent of the cases where an LMO was approved, the employer did not end up bringing in a worker. Therefore the number of positive LMOs is primarily useful to indicate trends.

Measured by approved LMOs, the top source country is the Philippines, followed by Mexico, the United States, India and Jamaica.

However, the list of source countries changes considerably when the large number of temporary foreign workers who do not need an LMO are included. By that measure, the United States is first, followed by Mexico, France, the United Kingdom and Australia. 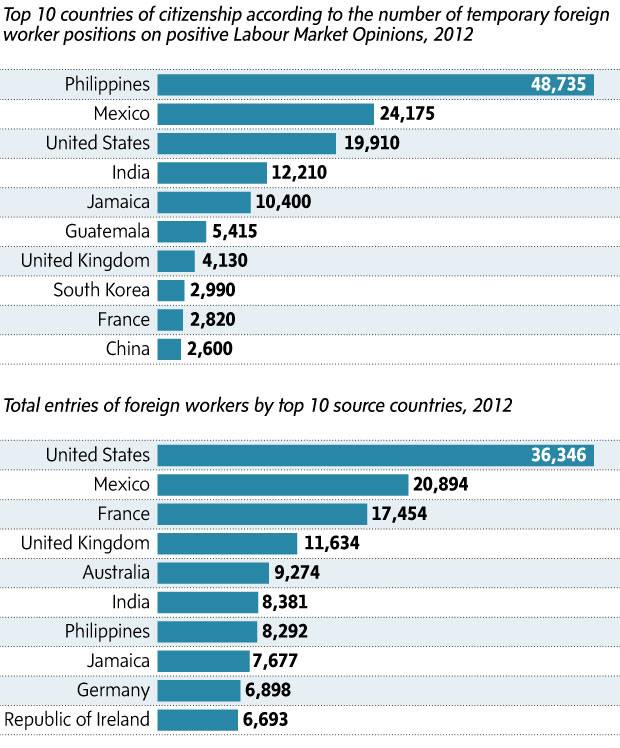 (Ruthcelie Diala, pictured above, came to the Yukon capital from the Philippines in 2009 under the Yukon Nominee Program, which fast-tracks foreign workers for permanent residency and citizenship.)

In many cases, they are paid more than Canadians. In 2012, the government brought in changes to the program that allowed employers to pay foreign workers 15 per cent less than the average wage paid to Canadian employees. The government said it was responding to critics who felt foreign workers should not be paid more than Canadians who are working at starting wages. Labour groups and opposition parties argued the 15 per cent rule would depress wages in the labour market. In response to that criticism, the government scrapped the 15 per cent rule in 2013 and also imposed a new $275 fee for employers to use the program. Foreign workers must be paid at least the minimum wage.

The government says these changes have led to a decrease in the use of the program, which will be reflected when the numbers for 2013 are released.

How has this program changed over the years?

At first, Canada’s program was limited to agricultural workers and live-in caregivers. In 2002, under Liberal prime minister Jean Chrétien, the program was expanded to include a wide range of low-skilled workers. To bring in a foreign worker under the expanded rules, an employer was required to pay for return airfare and obtain housing and private medical insurance for the worker.

Starting in 2006, the Conservative government brought in a series of changes that made it easier for companies to hire foreign workers such as reducing the minimum time required to advertise a job locally. The standard duration of work permits under the program grew from one to two years. The government then introduced regulations in 2011 that set the maximum duration for permits at four years, with a provision that workers who hit the limit must return home and cannot reapply to the program for four years. The federal government also shortened approval times in some cases from five months to five days. 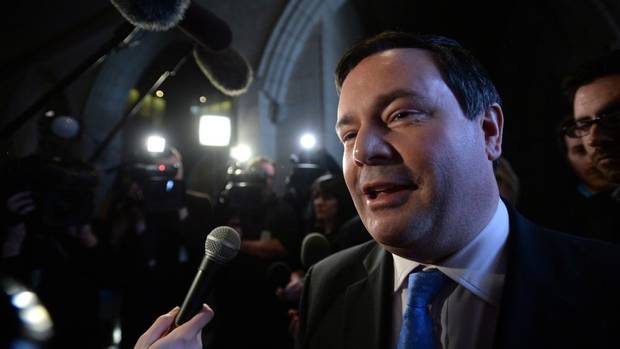 Ottawa says it's working on changes. What could they look like?

During a recent debate in the House of Commons, Employment Minister Jason Kenney offered an extensive defence of the vast majority of the program, arguing that legitimate exchanges of labour in a global economy should not be curtailed because of a small number of problems. He acknowledged that recent reports of abuse in some cases are concerning and that new measures will be aimed at addressing those situations. The minister said he will increase the audit powers of Service Canada to conduct spot checks on employers who use the program. It is not yet clear what other changes the government has in mind.