Why should Canadians care?

One may ask rhetorically, 'Even if Afghan detainees were being tortured, why should Canadians care?' There are five compelling reasons.

First, our detainees were not what intelligence services would call 'high-value targets,' such as IED (improvised explosive device) bomb-makers, al-Qaeda terrorists or Taliban commanders. 'High-value targets' would be detained under a completely different mechanism that involves special forces and targeted, intelligence-driven operations. The Afghans I am discussing today were picked up by conventional forces during routine military operations, and on the basis typically not of intelligence but suspicion or unproven denunciation.

According to a very authoritative source, many of the Afghans we detained had no connection to the insurgency whatsoever. From an intelligence point of view, they had little or no value. Frankly, the NDS (Afghan intelligence service) did not want them.

Some of these Afghans may have been foot soldiers or day fighters. But many were just local people - farmers, truck drivers, tailors, peasants; random human beings in the wrong place at the wrong time; young men in their fields and villages who were completely innocent but were nevertheless rounded up. In other words, we detained, and handed over for severe torture, a lot of innocent people.

A second reason Canadians should care is that seizing people and rendering them for torture is a very serious violation of international and Canadian law. Complicity in torture is a war crime. It is illegal and prosecutable.

Third, Canada has always been a powerful advocate of international law and human rights. That is a keystone of who we are as Canadians, and what we have always stood for as a people and nation. If we disregard our core principles and values, we also lose our moral authority abroad. If we are complicit in the torture of Afghans in Kandahar, how can we credibly promote human rights in Tehran or Beijing?

Fourth, our actions were counter to our own stated policies. In April 2007, Prime Minister Stephen Harper said publicly that "Canadian military officials don't send individuals off to be tortured." That was indeed our official policy. But behind the military's wall of secrecy, that, unfortunately, is exactly what we were doing.

And finally, even if all the Afghans we detained had been Taliban, it would still have been wrong to have them tortured. The Canadian military is proud and professional organization, thoroughly trained in the rules of war and the correct treatment of prisoners.

I would like to quote the authoritative military manual on counter-insurgency. It says that "the abuse of detained persons is immoral, illegal and unprofessional .... Torture, and cruel, inhuman and degrading treatment, is never a morally permissible option, even if lives depend on gaining information .... The methods used (by the military) must reflect the nation's commitment to human dignity and international humanitarian law."

Even when we look at our U.S. allies, who work with us in Kandahar, their top commander Gen. David Petraeus lists 10 'big ideas' of counter-insurgency. One is 'Live your values.' He said that "whenever we place expediency above our values, we end up regretting it." In a counter-insurgency, "when you lose moral legitimacy, you lose the war."

Canada's counter-insurgency doctrine makes the same points: "Persons not taking part in hostilities" - including fighters who have been detained - "must be treated humanely. Once (local) citizens have lost confidence in (foreign) military forces ..., their sympathies and support will be transferred to the insurgents."

Counter-insurgency is an argument to win the support of the locals. Every action, reaction or failure to act become part of the debate. In Kandahar, Canada needs to convince local people that we are better than the Taliban, that our values were superior, that we would look after their interests and protect them. In my judgment, some of our actions in Kandahar, including complicity in torture, turned local people against us. Instead of winning hearts and minds, we caused Kandaharis to fear the foreigners. Canada's detainee practices alienated us from the population and strengthened the insurgency. 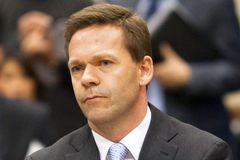