Federal Health Minister Rona Ambrose says she is prepared to meet with a group seeking long-term compensation for victims of the drug thalidomide.

For months, the Thalidomide Victims Association of Canada has been ‎seeking an audience with Ms. Ambrose – to no avail. On Tuesday the minister signalled a willingness to hear its request in person. "I have reached out to their organization, and I look forward to meeting with them and reviewing their proposal," she told Parliament.

Now the group is holding out for a gesture of support from the government before agreeing to a sit-down. Advocates say they want the governing Conservatives to vote in favour of a motion up for debate Thursday calling for "full support" for survivors of thalidomide.

Nearly 100 victims, almost all in their early 50s, are still suffering the crippling effects of a federally approved drug their mothers took in the early 1960s, as detailed in The Globe and Mail.

Both the NDP, which has put up the motion for debate, and the Liberals, have already committed to backing it. Its fate now lies with the Tories, who hold a majority of seats in the Commons and can either defeat the parliamentary gesture or ensure its passage.

The Conservatives have so far declined to take a position on the motion.

Ms. Ambrose, however, acknowledged the group's plight Tuesday. "This was an incredibly tragic event," she told the Commons, referring to Canadian babies in the early 1960s who were born with birth defects such as flipper-like hands, stunted legs, deafness and internal organ damage. Their mothers, while pregnant, were prescribed thalidomide for symptoms such as insomnia and morning sickness – a drug approved for use by Ottawa in 1961.

"While it happened in the 1960s, it reminds us all every day about the importance of drug safety," she said.

"I understand there are ongoing health issues that these victims are experiencing," she said.

In 1991, a federal Conservative government gave Canadian victims a one-time compensation payout. It came to $52,000 to $82,000 a person, depending on their degree of disability. The one-time payment is far less than the continuing support offered to sufferers in countries such as Germany and the United Kingdom.

Canada was one of the last countries to completely remove thalidomide from the market and has never apologized to those affected by its use.

The Thalidomide Victims Association of Canada submitted its proposal to Ms. Ambrose in September but received no response. The group is seeking $100,000 a year on average for survivors, plus a lump-sum payment – funds that would ensure those afflicted "can survive and age with dignity."

It is not clear whether Ms. Ambrose has read the proposal, but the minister told the Commons she looked forward to "reviewing" it with the group.

The association is pleased the minister is now willing to meet, but is hesitant to proceed without some indication it won't be an empty gesture.

Mercédes Benegbi, head of the Thalidomide Victims Association, said Tuesday they want an expression of commitment first. "We hope that the government publicly commits to the issue by supporting the motion," Ms. Benegbi said.

In the House, NDP health critic Libby Davies said Canada has an obligation to those who bear the consequences of a drug the federal government said was safe to use.

"Innocent people suffered because a system that was supposed to keep them safe made a terrible decision," she said. "Thalidomide survivors have shown incredible resilience and resourcefulness, but they cannot fight this battle alone any longer. They need our support and they deserve our support."

Liberal MP Carolyn Bennett said the compensation awarded to sufferers in the 1990s is not sufficient. "Their quality of life is really suffering," she said. "They are getting older and need help with their activities of daily living."

Canada approved the drug and kept it on the market despite emerging signs of its health risks; it was sold in this country from April, 1961, to March, 1962. In the United States, by contrast, thalidomide was never approved, because one official recognized that the testing had been inadequate.

"Governments do make mistakes," Ms. Bennett said. "We need to right the wrong." 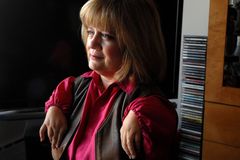