This year's spate of federal, provincial and territorial elections has made one thing abundantly clear: Turnout virtually everywhere is dropping like a stone.

The evidence suggests that it will continue to decline for years, perhaps decades, to come. And there might be little anyone can do about it.

Ontario set a grim new standard last week, when only 49 per cent of electors cast ballots in its provincial election. The tentative turnout number from Tuesday's election in Newfoundland and Labrador is 58 per cent, also a record low.

Prince Edward Island looked better, at 76 per cent, when it voted Oct. 3, but that actually was the lowest turnout since 1966, when the province started keeping records.

We know why this is happening. A study for Elections Canada published earlier this year found that as each new cohort reaches the age of 18 and becomes eligible to vote, its members participate in fewer numbers than the cohort that came before. Only a third of first-time voters today are actually voting, half the rate of a generation ago.

Once people get older and start paying taxes, turnout levels increase. But because the baseline is getting steadily lower, each generation's peak level of participation is lower than the one that came before. The effect lasts a lifetime.

When Manitoba went to the polls Oct. 4, turnout was 56 per cent, one of the worst results ever.

"We have to undertake something," NDP Premier Greg Selinger declared. "We're going to take a look at e-voting."

Statistics Canada asked Canadians who didn't vote in last May's federal election – where turnout was a near-record low of 61 per cent – what kept them away. Twenty-eight per cent said they just weren't interested. Twenty-three per cent were too busy. The rest said they were out of town, ill or didn't like any of the candidates.

Elections Canada is hoping to launch a pilot project using Internet voting, perhaps during the next by-election. Marc Mayrand, Canada's chief electoral officer, thinks it might encourage some people to vote who are out of town, far from polling booths or who have mobility issues.

"But whether it will change the turnout dramatically in elections, I think that would be putting hopes far too high," he said in an interview.

Heather Bastedo, who conducted the focus groups, says most people said the same thing. "They feel a sense of powerlessness," she reported. "They've absorbed the lesson that they can't effect change."

The less educated they are, the lower their income, the less engaged they are in social or other media, the less likely people are to vote.

The most important question is the one for which no one has a for-certain answer: Why does each new group of young voters vote in fewer numbers than the group that came before?

As young people leave home sooner, marry later and move more readily in search of jobs, family and peer pressure to cast a ballot could diminish. That may be why turnout remains higher in smaller, more stable communities such as PEI or Yukon, where turnout was 76 per cent when the territory voted Oct. 11.

Similar trends could be behind a decline in voter turnout across the developed world.

Another reason the young might not vote is that "we don't ask them to," said Ilona Dougherty, executive director of Apathy is Boring, which seeks to mobilize the vote.

Political parties used to canvass widely for support. But modern electoral strategy focuses on targeting and delivering likely supporters. Why chase after marginal votes when you can't be certain that they will vote or, if they do, vote for you?

And so the marginal are ignored, and become more marginal.

There is one way to galvanize those on the outside to vote. Speak to them. Barack Obama's message of hope and change brought out young voters in unprecedented numbers in 2008. And in Toronto's mayoral election last year, Rob Ford's vow to rein in taxes helped take turnout up to 53 per cent, from 35 per cent in 2006.

Change the message and the messenger, and you can overcome the apathy that keeps so many people away from the polls. The alternative is to continue to watch and to wonder just how low the vote will go. 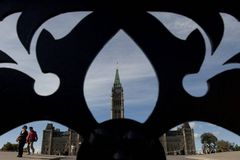 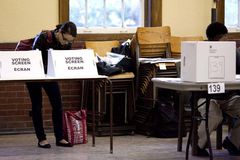 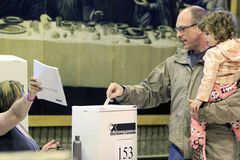 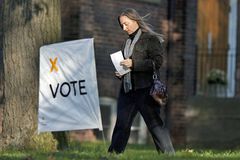 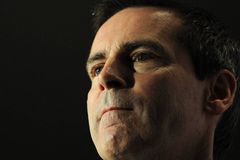