Yet, rather than effectively address issues like the 2011 robocall fraud, the Act attempts to tackle supposed individual voter fraud by prohibiting the use of "Voter Information Cards" (VICs) and ending the process of "vouching." Presumably, since approximately 120,000 Canadians utilized vouching and 36-73 per cent of youth, aboriginal peoples and seniors used VICs in a 900,000-person pilot program during the last federal election, there is compelling evidence to justify making it harder for so many Canadians to vote.

Democratic Reform Minister Pierre Poilievre points to the Neufeld Report for justification that the process of vouching needs to end. Yet this independent report does not present one iota of evidence that there was one case of actual fraud by an individual voter. Nor does it recommend that vouching be eliminated.

Rather, in response to the legitimate concern that there were "irregularities" in 25 per cent of the cases in which vouching was used, the report calls for common sense administrative fixes for 2015, and a transition to an entirely new voter services model for 2019.

Canada is not alone in debating what to do about vouching. After months of extensive public consultations surrounding the trade-off between more stringent ID requirements and making it harder for people to vote – a conversation that a well-functioning democracy should encourage – Queensland, Australia, decided to go a step further than simply allowing vouching. To vote in Queensland, all an Australian needs to do is stroll into a polling booth, state that they do not have proper identification, and sign a declaration confirming their identity which is later checked against the electoral roll. This is expected to "drastically reduce the number of people who won't be able to vote in the next election." Unfortunately, no similar public debate is underway in Canada.

The argument for the prohibition of the use of VICs rests on one of two pieces of evidence. Assuming it was not Tory MP Brad Butt's remarkable fabrication of a story in the House of Commons that he personally witnessed such fraud, it must be the "media reports" indicated in the government backgrounder on the Act. Mr. Poilievre appears to place more faith in unnamed and unproven media reports than in the independent Neufeld report and Elections Canada, which both recommended actually widening the use of VICs in 2015.

This recommendation by Neufeld is not surprising, as demographics such as youth and low-income people find it difficult to prove their address because they often do not have stable permanent residences. Having the ability to rely on a VIC to meet the legislatively required proof of address is not only an intuitive and proven method of increasing the vote of marginalized groups, it is also a common sense approach to minimize the administratively complex process of vouching. Increased reliance on VICs would mean less necessity to resort to vouching.

The crisis in Canadian democracy is related to low voter turnout and uncertainty surrounding the dirty tricks used by political operatives in the last federal election – not fraud by individual voters. We should be having a conversation about bold strategies for increasing participation – like combining electronic and mandatory voting, placing more polling stations in areas that would target lower-voting populations, or experimenting with other innovative get-out-the-vote methods – not attempting to fight off a U.S.-style attempt at voter suppression. And voter suppression is a big deal. A Harvard study has estimated that more stringent voter ID requirements can reduce voter turnout by as much as 2.2 per cent – the equivalent of hundreds of thousands of Canadians.

In addition to considering bold steps to increase voting participation, Canadians deserve to be satisfied that the real voter fraud that occurred in 2011 will not happen again. While the robocall registry and the new offence for impersonating elections officials is a step in the right direction, it will not necessarily stop a rogue political operative from repeating their 2011 fraud. Nor will it help our elections watchdog investigate and hold to account the perpetrators of such fraud.

In fact, almost three years after the robocall scandal of 2011, Canadians still do not know exactly what happened. This is largely because Elections Canada, unlike the Competition Bureau, does not have the power to compel testimony during an investigation, and unsurprisingly, political operatives have simply refused to testify. And Canadians are left in the dust.

Elections Canada specifically requested the right to compel testimony so that it could quickly get to the bottom of this real voter fraud, yet the "Fair Elections Act" fails to give them this power. Mr. Poilievre has yet to provide an answer for why our elections watchdog was not provided with the single most important power they requested.

Canadians deserve a robust national debate. Why not give Elections Canada the power to compel testimony, just like the Competition Bureau can? Why make it harder to vote for marginalized groups if there is a complete absence of credible evidence that individual voter fraud exists in Canada? Should we be giving Elections Canada more or less resources to encourage voter turnout?

Perhaps if the Harper Conservatives had any compelling answers, they would already be out on the road, clearly explaining to Canadian voters why their "Fair Elections Act" is in fact fair.

Adam Shedletzky is a co-founder of Leadnow.ca, a progressive advocacy group that is running a campaign calling for changes to the Fair Elections Act. He is a Junior Fellow at Massey College and a student at the University of Toronto's Faculty of Law. 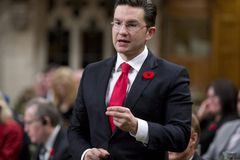