Prime Minister Stephen Harper brought a massive delegation with him to Israel, including 29 people for whom all travel expenses were paid. The smaller circle, referred to by the Prime Minister's Office as the official delegation, includes MPs, senators and staff from the PMO, along with Canada's newly appointed ambassador to Israel, Vivian Bercovici. The larger delegation, called the "accompanying party," includes 208 people from a range of civil-society organizations, religious leaders and business executives. 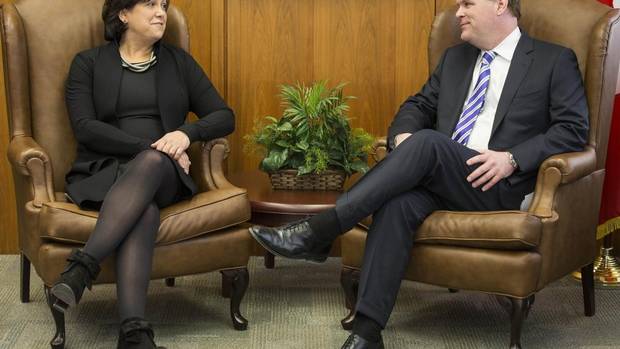 The Prime Minister’s official delegation was filled with a large contingent of political representatives, including six cabinet ministers, nine Conservative MPs and three Conservative senators. A smaller group of communications and policy staff to Stephen Harper also attended, along with Canada’s newly appointed ambassador to Israel, Vivian Bercovici (pictured above, at left).

The long list of politicians who joined the delegation points to the importancethe Conservative government has placed on Mr. Harper’s first trip to Israel.

Among the cabinet ministers who attended were Foreign Affairs Minister John Baird and International Trade Minister Ed Fast, both of whom travelled to Israel last year to promote commercial and security links between the two countries. Jason Kenney, Christian Paradis, James Moore and Joe Oliver were also part of the group.

Several of the MPs and senators who formed part of the delegation are also members of the Canada-Israel Interparliamentary Group, which was formed to promote friendship and co-operation between the two countries’ national parliaments. Ontario MPs John Carmichael, David Sweet, Costas Menegakis and Mark Adler are all part of the group, as is B.C.’s James Lunney and senators Irving Gerstein and Judith Seidman.

Two of the senators on the trip brought family members along with them. Mr. Gerstein, who is also the Conservative Party’s chief fundraiser, joined the delegation with his wife, and Senator Linda Frum brought along her daughter, Barbara.

Mr. Gerstein was connected to the Senate expense controversy last year but has not commented on the matter publicly. Court documents allege he contacted the auditing firm examining senators’ expenses and may have tried to influence how Senator Mike Duffy’s audit was handled. 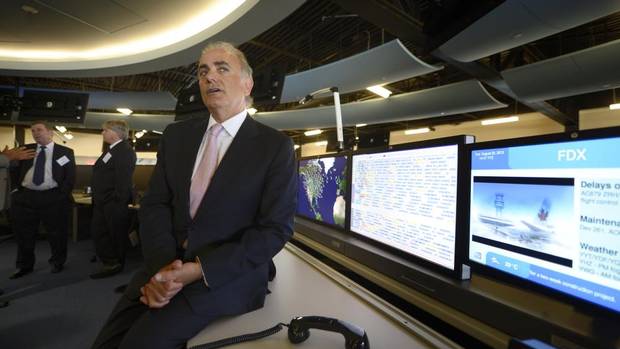 The business delegation accompanying Prime Minister Stephen Harper to Israel includes high-profile executives, some of whom are prominent members of Canada’s Jewish community, along with lawyers and financial advisers keen to help with any deals that may arise from the talks.

Among the biggest names in the delegation is Calin Rovinescu (pictured above), chief executive officer of Air Canada, which has been flying to Israel for 20 years and has non-stop flights between Toronto and Tel Aviv. That is also the inaugural route for Air Canada’s new Boeing 787 Dreamliner, starting this spring.

David Asper, a former executive in CanWest Global Communications and son of legendary entrepreneur Izzy Asper, is in the group, representing the Asper Foundation, of which he is chair.

Many of Canada’s largest law firms are represented in the delegation, with partners on the trip from Torys, Borden Ladner Gervais, Blake, Cassels & Graydon, Davies Ward Phillips & Vineberg and several others.

One experienced hand in the legal contingent is Stanley Hartt, a partner with Norton Rose Fulbright Canada LLP. Mr. Hartt is a former deputy finance minister, former CEO of Campeau Corp. and was chief of staff to prime minister Brian Mulroney.

Also in the group are billionaire developer David Azrieli of Canpro Investments and Kevin Green, president of Greenwin Inc. 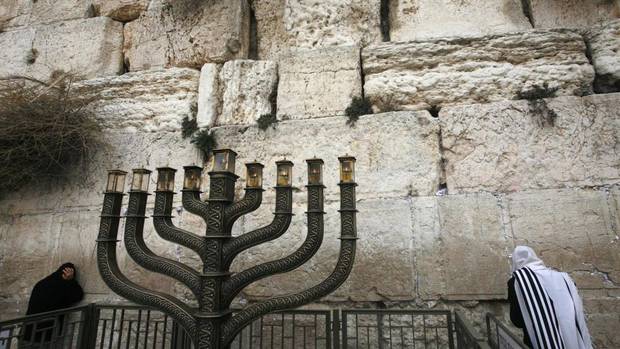 Dozens of representatives from religious groups were part of the Canadian delegation to Israel, including 21 rabbis from synagogues and community centres across the country.

Several of the delegates are representatives from evangelical Christian organizations, including the Christian & Missionary Alliance in Canada, of which Mr. Harper has said he is a member. Father Raymond J. de Souza, a Roman Catholic priest and columnist for the National Post, also took part in the trip. Other invited Christian groups include the Fellowship of Evangelical Baptist Churches in Canada, the Evangelical Fellowship of Canada and Trinity Bible Church.

One of the delegates, Don Simmonds, is from Crossroads Christian Communications, a media producer and international development organization that was caught up in controversy last year over a statement on its website that referred to homosexuality as a sexual sin. The statement – which was removed from the group’s website – raised particular concern because the organization was running a federally funded development project in Uganda, where gays and lesbians have faced violent threats.

Rev. Bruce Gregersen, a senior adviser on theology for the United Church of Canada who did not participate in the delegation, said it makes sense for the Prime Minister to include a large number of faith-based organizations because faith and politics are closely linked in the region.

But Mr. Gregersen, who has worked on Middle East issues for the United Church, said he was surprised that a broader range of Christian faiths were not included, given that a number of Orthodox, Anglican and Catholic churches have stronger historical connections with Palestinian Christians. 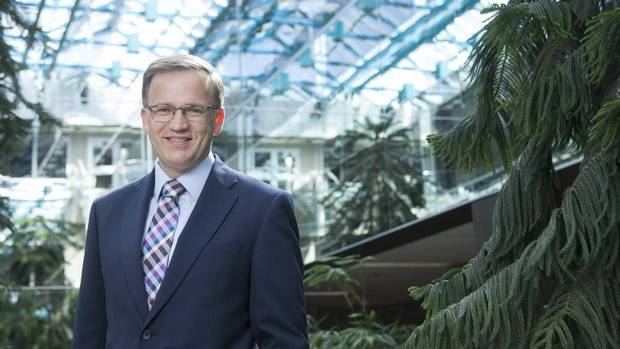 DAVID STOBBE FOR THE GLOBE AND MAIL

Dalhousie University president Richard Florizone (pictured above) and vice-president of research Martha Crago joined the delegation to sign a new partnership with Ben-Gurion University, creating a new ocean studies centre in the Israeli resort city of Eilat. Dalhousie paid for their travel, and the centre is expected to spur joint scholarship and act as a gathering place for marine scientists.

The University Health Network in Toronto sent Barry Rubin, medical director at the Peter Munk Cardiac Centre, to deepen relations with the Technion – Israel Institute of Technology, with his travel covered by a hospital fund. The two institutions recently partnered to develop and commercialize new treatments for heart disease.

The University of Waterloo had planned to ink an agreement with the Technion institute around research on quantum information and nanotechnology, but president Feridun Hamdullahpur withdrew due to scheduling challenges. 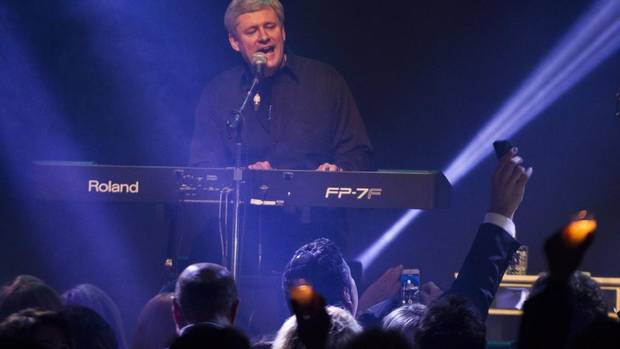 A large number of representatives from Jewish-Canadian organizations, including B’nai Brith Canada, the Friends of Simon Wiesenthal Center for Holocaust Studies and the Jewish Federation of Canada, are participating in the “accompanying party” to the Prime Minister’s trip.

The group also includes several representatives from the Jewish National Fund, which hosted Stephen Harper at its December, 2013, Negev dinner (as seen above), where he first announced that he would travel to Israel.

Julius Suraski, an event co-ordinator for the Jewish Defence League of Canada, has also joined the larger delegation. The organization is an ardent supporter of Israel and has taken a sometimes confrontational approach to political issues in Canada and the Middle East.

Peter Singer, the chief executive officer of Grand Challenges Canada, is also participating in the trip. The federally funded group works on global health issues and co-hosted a conference in Ottawa last year that was attended by Israel’s then-head of international development.