One day last January, Anne McIntyre won the lottery. Not, alas, a financial windfall, but something arguably more enlightening. A retired educator living in Halton Hills, Ont., Ms. McIntyre was one of 36 area residents selected to participate in a novel democratic exercise. Meeting over four Saturdays, the group was asked to conceive a strategic plan for Halton's newly elected regional council. After a crash course in the challenges facing the council - fiscal, environmental and social - they drafted policy recommendations.

For Ms. McIntyre, this "innovative form of public consultation was a revelation. It gave me a real awareness of the complexity of the issues." Pat Moyle, Halton Region's chief administrative officer, was equally impressed. "These people were really engaged," he says. "Once they appreciated what was involved, they delivered a surprising level of thoughtfulness. I'd do it again in a heartbeat."

None of this comes as a surprise to Peter MacLeod, 32-year-old principal of Mass LBP, the Toronto-based company that devised the Halton experiment. "The standard story is that citizens are apathetic and ignorant," he says. "But when you actually give them the opportunity to do something real, they step up."

Indeed, Mr. MacLeod's 3½-year-old firm is part of a new wave of consultants trying to reinvigorate Western democracies with greater public engagement. These include Ottawa-based Dialogue Partners and Ascentum, and America Speaks, based in Washington, D.C. Dozens of citizens panels have also been set up in Britain and elsewhere in the European Union.

Of course, the public pulse is routinely taken in various ways. But polls tend to measure single moments in time. Focus groups and online dialogues rarely seek or establish consensus. And town halls often become venting platforms, filled with more heat than light. Certainly, none gives to - or asks of - citizens as much as the in-depth process these groups are adopting.

According to Mr. MacLeod, well-staged public engagement exercises are win-win situations. Although politicians pay lip service to the importance of citizens and families - especially during election campaigns - "they see the broader public itself as polarized, volatile and ill-informed. And the public is cynical, lacking trust in politics and political institutions. We're a house divided against itself. So our work is about rehabilitation - authority's view of the broader public's capacity to play a useful role, and people's appreciation for the complexity of issues and the sincerity of authorities. It tempers skepticism on both sides."

But do citizens' panels actually make a difference when policy decisions are made? There is evidence they do.

In 2009, Robin Biron, chief executive officer of Cobourg, Ont.'s 103-bed Northumberland Hills Hospital, was facing a fourth consecutive year of deficits and more cuts to its $60-million annual budget. "Given our relationship with our community," Mr. Biron says, "it was imperative to engage them before decisions were made and gain their perspective on the options." In this instance, 28 lottery winners committed five full Saturdays over a 12-week period.

In the end, the panel's recommendations mirrored those the hospital's board had considered. "We would do it again, no question," Mr. Biron says. "It proved to me that you can effectively engage your community on difficult issues. But you have to structure the engagement constructively. Two microphone stands in a town-hall meeting that lets people rant and rave - that's not the engagement we want."

Elsewhere, the Ottawa Hospital Cancer Centre will implement changes this summer in patient-care practices, many of them based on the 108 recommendations it received from a panel of cancer patients and their families, co-ordinated by Mr. MacLeod's team.

Besides, Mr. MacLeod notes, "while learning is essential, the work is too elaborate and time-consuming for clients to pursue simply for the purpose of public education. The results have to be useful, providing clarity around complex issues and generating public legitimacy."

The hunger of Canadians for meaningful involvement in policy issues was brought forcefully home to Mr. MacLeod by the Ontario's Citizens' Assembly on Electoral Reform's 2007 request for volunteers. About 7,000 Ontarians agreed to commit 16 weekends over nine months to sit in a windowless room at York University - "not to talk about jobs, health care or the environment," he notes, "but something as obscure as electoral reform."

Typically, Mass LBP and its corporate clones facilitate discussions, but don't shape the final product. "It's not about us being the smartest people in the room," Mr. MacLeod insists. "Nor is it about thinking that the People know best - full stop." In fact, the process is less about consulting than it is about adult education. "The real emphasis is on learning. Our product is legitimacy - that's what we're trying to manufacture, just as juries and elections do. We're helping decision-makers make better decisions that enjoy public support."

Depending on the client, Mass LBP supplements citizen panels with larger round tables, to which the wider public is invited. In a hospital context, for example, round tables might explore such issues as access, seniors, drugs, outpatient and emergency care. The only rules for these discussions, Mr. MacLeod says, are "civility and the law of two feet."

Typically, about two-thirds of the way through the process, "people think it's a waste of time or the results are precooked, or no one will agree," he says. "But we're not looking for 100-per-cent consensus. That's a communist election. Most of the time, if you have the same values and knowledge base, 70 to 80 per cent will agree."

Mr. MacLeod takes it as a given that Western democracies need to raise their game. In agrarian, illiterate societies, it might have made sense simply to elect representatives to go off to the city to make laws. "But we are not that any more," he says. "We've never had a more literate, mobile, better connected public. So why, as a mature democracy, are we so bad at just bringing strangers together to solve problems?"

Michael Posner is a Globe and Mail writer. Canada's incredible golden glow: How long will it last?
May 2, 2018 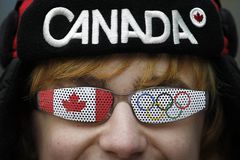