Bjorn Lomborg says he is not a climate-change denier, he is a realist who knows better ways of improving the world than a head-on assault on global warming.

It's not easy to take a public stand against the internationally agreed upon goal of limiting the increase in average temperatures to 2 degrees Celsius above pre-industrial levels – a rise that some scientists describe as a tipping point that would be followed by the collapse of ice sheets, rising sea levels and an onslaught of dramatic weather events.

But Dr. Lomborg has, for years, been arguing that the target is simply too difficult and too expensive to achieve and the world's development dollars would be put to better use in reducing poverty, preventing disease, educating the illiterate and feeding the hungry. And, yes, he would also protect the environment, but in smaller, more achievable ways.

Dr. Lomborg, a Danish political scientist and a man who has been named by Time magazine as one of the most influential people in the world, is the director of the Copenhagen Consensus Centre. It is a think tank that engages top economists to apply a cost-benefit analysis to major problems so policy-makers will know where development money is best spent. And, he says, the 2-degree global warming target is a bad investment.

Dr. Lomborg's message comes as the members of the United Nations prepare to set global sustainable development goals that will influence how $2.5-trillion (U.S.) in aid is spent between 2015 to 2030. The list of goals is expected to be finalized at a summit in New York in September and follows on the eight Millennium Development Goals and 18 associated targets which end this year.

At the moment, there are 17 proposed new goals and 169 proposed new targets. They advocate ambitious actions as diverse as eradicating extreme poverty, ending epidemics of deadly diseases, putting a stop to violence against women, ensuring affordable access to energy and halting climate change.

"The thing that's wrong in this process is, basically, we are promising everything to everyone everywhere at all times," said Dr. Lomborg. "Which, of course, is really really nice but it's not going to do very much because we are just going to spend a tiny bit of money everywhere."

The best thing the world could do, according to the economists enlisted by Dr. Lomborg, would be to reduce world trade restrictions by successfully completing the Doha round of World Trade Organization talks. That, they say, would make the world richer by $11-trillion by the year 2030 and lift 160 million people out of poverty.

Instead of going after headline-grabbing diseases like Ebola, which, in its worst year, killed 20,000 people, Dr. Lomborg says the economic analysis points to targeting malaria which kills 600,000 people annually and tuberculosis which kills 1.3 million.

And, instead of holding steadfast to the goal of keeping global temperatures within 2 degrees above pre-industrial levels, Dr. Lomborg advocates the elimination of subsidies on fossil fuels and the introduction of carbon taxes. Neither measure would be a solution, he said, but would at least "nibble away" at the problem.

Dr. Lomborg's ideas have made him unpopular with many environmentalists who argue that, unless tackling climate change is the world's top priority and the 2-degree goal is met, the ensuing devastation will make all other problems pale by comparison. They argue with his numbers and have created websites to list what they say are factual holes in his arguments.

"The UN climate panel estimates that, by the mid-'70s, global warming is going to cost somewhere between 0.2 per cent and 2 per cent of GDP every year," said Dr. Lomborg. "That's not a trivial cost. But of course it's also important to say it's not the end of the world."

World leaders have talked a lot about the importance of the possibly unachievable goal of the 2-degree limit but, in the end, none have taken the measures that are needed to achieve it, said Dr. Lomborg.

"By focusing on the things that will do the most good, we will do much more good but we will feel less virtuous," he said. "And that's the real challenge." 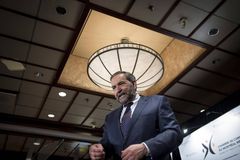 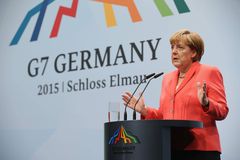 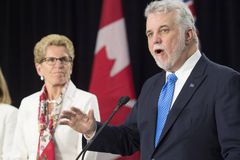