As two Montreal businessmen discussed ways to get one of their allies appointed to the helm of the Montreal Port Authority, one name – Leo Housakos – came up as the perfect middleman.

At the time, Mr. Housakos was a little-known political organizer in the Montreal area, but in the eyes of the two businessmen, he offered a clear entrée into the Prime Minister's Office thanks to his close friendship with spokesman Dimitri Soudas.

In taped conversations that emerged Thursday, Bernard Poulin and Antonio Accurso, presidents of big firms in the engineering and construction sectors, were convinced Mr. Housakos could enlist Mr. Soudas in their efforts to push Robert Abdallah into the Port presidency in 2007.

"Soudas is the boss in Quebec, the real boss," Mr. Poulin said in an excerpt quoted by Bloc Québécois Leader Gilles Duceppe. "It's not through Leo's relationship to [Foreign Affairs Minister Lawrence]Cannon that he's good, it's through Dimitri Soudas. So far, he appears to be very capable of delivering the goods."

The recordings were widely quoted on the campaign trail and ignited a political firestorm, leading to calls for Mr. Soudas's firing given he did in fact participate in widespread efforts by the Conservative government to promote Mr. Abdallah's bid to oversee the Port.

Conservative Leader Stephen Harper and Mr. Soudas denied wrongdoing on Thursday, although both have said Mr. Abdallah was their preferred candidate.

While the government had no legal power to influence the appointment at the autonomous Port, Mr. Harper has defended Mr. Soudas, but said nothing of Mr. Housakos, whom he named to the Senate in 2008.

In the recordings, Mr. Poulin said he had "already done business" with Mr. Housakos, and portrayed Mr. Soudas as being more powerful than Mr. Cannon. "Soudas can twist arms much more strongly than anyone else."

Mr. Poulin, a high-profile engineer, went on to say that "compensation could be offered if the goods are delivered" – a statement that garnered the approval of Mr. Accurso.

Mr. Soudas expressed a clear preference for Mr. Abdallah at a controversial meeting in a restaurant in Montreal with board members of the Port and outgoing president Dominic Taddeo, and continued applying pressure afterward, sources said.

The release of the recordings fuelled allegations of political interference by other party leaders.

"Harper has to fire Soudas on the spot," said Liberal Leader Michael Ignatieff.

There is no evidence in the recording that Mr. Housakos or Mr. Soudas agreed to help the two businessmen. Still, Mr. Duceppe expressed concern over a recording showing that Mr. Accurso received an insider update as his pro-Abdallah campaign gained traction in Ottawa.

"It went exceptionally well, it was done right there and then," Mr. Duceppe quoted Mr. Accurso as saying. "The big boss gave the order right then and there to Cannon."

Speaking with reporters, Mr. Harper stated any allegations of wrongdoing against Mr. Soudas were "categorically false." His statement built on his defence of Mr. Soudas's actions in favour of Mr. Abdallah on Wednesday as being "normal."

Mr. Soudas said he never received any compensation or felt any outside influence.

"The Prime Minister's Office is padlocked for anyone who wants to influence any decision," Mr. Soudas told reporters. "People pretending, or people having discussions, that is their business, but at no point in time did anybody contact the federal government, or me, and make such an insinuation."

However, Conservative officials were silent on the status of Mr. Housakos, who was appointed to the Senate by Mr. Harper in late 2008 and is currently working on the Conservative campaign.

"I have no further comment," said Conservative spokesman Ryan Sparrow.

Mr. Housakos did not return messages, while Mr. Poulin threatened to sue one of the news websites that posted the conversation that was "intercepted without his permission." In a recent interview, Mr. Poulin said he never discussed the Port nomination with Mr. Accurso.

Mr. Cannon has not responded to requests for comment on the Port matter.

In early 2008, Mr. Harper faced opposition allegations that Mr. Housakos and Mr. Soudas tried to interfere in favour of a Montreal real-estate firm that was involved in legal battles with the federal government. Mr. Harper appointed Mr. Housakos to the Senate later that year.

One of Mr. Housakos's friends recently told of his role in federal nominations in a parliamentary committee. Lawyer Tom Pentefountas said he learned through Mr. Housakos that the position of vice-chair at the Canadian Radio-television and Telecommunications Commission was vacant, and that Mr. Housakos applied on his behalf.

"In other words, he deposited the résumé for me," said Mr. Pentefountas, who ended up getting the job.

Mr. Abdallah did not get the Port position, after Conservative ministers and board members resisted the political pressure. Mr. Abdallah went on to work for one of Mr. Accurso's companies.

With reports from Bill Curry and John Ibbitson 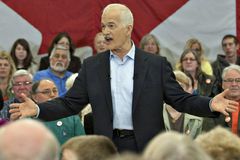 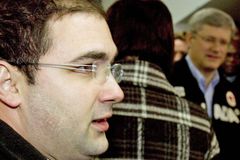 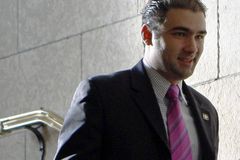 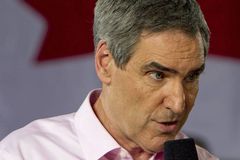