We've entered an era of indifference where the "two solitudes" are more separate than ever. It's like a couple that has drifted so far apart the partners don't even feel the need to quarrel.

Quebeckers have lost the thin interest they had about the rest of Canada, where, on the other hand, there is a growing feeling of irritation mounting against Quebec – Quebec and its fat equalization payments that serve to finance fancy programs like $7-a-day daycare. This anger is still muted and expressed in rather polite terms – this is English Canada after all – but it is bound to increase as the centre of gravity moves to the West.

Ontario and Quebec (or at least their respective political elites) were once the backbone of the old order – the guardians of what used to be called "national unity" – but Ontario is broke and is now turning inward. Quebec is even more broke and even more self-centred than it used to be.

The last census shows that more people live west of Ontario than east of it. Quite logically, it is the West that calls the shots. For the first time in Canadian history, the federal government is a direct emanation of the West, and its policies reflect a socially conservative yet economically dynamic Western culture.

How long will the equalization system resist the "westernization" of the country? The West has become the country's economic powerhouse. Unlike Ontarians, Western Canadians never paid much attention to Quebec and never anguished over the question of "what Quebec wanted." The distance is too great, geographically and culturally, and it doesn't help that Quebec demonizes the resources industry and the tar sands to which Quebeckers actually owe their standard of living.

Some days ago, a group of academics from Toronto and Montreal met in Toronto to try and revisit the constitutional wars of the 1970s and 80s, and discuss how Canadians might be convinced to reopen the Constitution so that, among other changes, Quebec could be recognized as a "nation." No one among the hundred constitutional experts present thought it would be possible.

And frankly, they shouldn't have gone through the trouble of organizing the conference, since the answer was highly predictable. In both Quebec and the rest of Canada, the word "Constitution" is essentially a dirty word that practically nobody wants to hear – except maybe the constitutional experts who'd like to revive their careers.

Political scientist David Cameron, one of the organizers of the conference, said his stomach turned when he heard, at the meeting, former PQ premier Bernard Landry and former Liberal minister Brian Tobin rehash the same old debate with the same old arguments.

Let the Constitution rest. Reopening it would turn into a horrible slugfest, with every province and every pressure group demanding their own amendments.

And the recognition of Quebec as a nation would not even kill the separatist movement. The sovereigntists were unhappy with Meech and never really wanted constitutional reform from the beginning. All they did was exploit the failure of Meech because it served their goal of painting Canada in a bad light.

If, by some miracle, a brand-new constitution filled with loving words for Quebec were brought to them on a silver plate, they would say it's too little too late. And this makes sense. If you want Quebec to have the full powers of an independent country, why would you settle for a lame compromise?

With Ontario lagging, will the West be prepared to sacrifice?
February 8, 2012 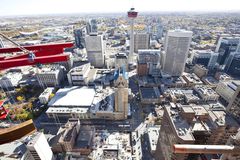 In search of red flags in the Shafia case
February 6, 2012