Maybe it's the centenary of the First World War that took me back to John McCrae's famous poem. But maybe it was a mistake. Because it made me remember that McCrae's beloved paean to the soldiers who had died in a pointless war was not what I wanted it to be. For the longest time, probably out of wishful thinking, I had paid no attention to the final verse. There first two, it seemed to me, said all there needed to be said.

In Flanders fields the poppies blow

Between the crosses, row on row,

That mark our place; and in the sky

Scarce heard amid the guns below.

We are the Dead. Short days ago

Loved and were loved, and now we lie

What a waste, I thought John McCrae was telling us. What could possibly justify the slaughter of all those young men in "The Great War" – men who would no longer love or be loved? And surely he meant the soldiers on both sides. And what had they died for, on either side? For the crazed personal ambitions of Europe's ruling class? For a few extra yards of turf? For imperial domination beyond Europe? For even greater profits for munitions makers?

But that wasn't McCrae's message at all. In fact, he believed there hadn't been enough dying. What he demanded, if you paid attention to his words instead of just reciting them by rote as most schoolkids do, was for even more young men to join the war and be slaughtered.

Take up our quarrel with the foe:

To you from failing hands we throw

The torch; be yours to hold it high.

If ye break faith with us who die

We shall not sleep, though poppies grow

And it wasn't all young men he cared about at all; it was only the young men on his side, our side. It just seemed natural to him. He wanted our young men to kill and defeat their young men. Of course it helps to know that McCrae was writing in the first year of the war before the utter futility of so many battles and so many deaths – 16 million of them – became apparent.

Re-reading In Flanders Fields, I'm struck by the unintended prescience of McCrae's poem for today's Canada. Just as there are two separable, contradictory parts to his ode, so there are now two Canadas striving for domination, each with its own political representatives. There is Stephen Harper's warrior nation – "take up our quarrel with the foe" – that would have been ready, aye, ready to join George Bush's invasion of Iraq, and that was indeed ready to escalate the fighting in Afghanistan, to join the coalition to bomb ISIS, to turn the wars of the past into moments of glory for Canada (even if they were fought before Canada existed), to treat the United Nations with contempt and actively refuse to participate in UN peacekeeping efforts, to restore the anachronistic "royal" label to the Canadian military.

Then there's liberal Canada, the Canada of peacekeeping, the Canada of multilateralism and the United Nations, of diplomacy before battle, of jaw-jaw rather than war-war (as Churchill himself once couched it), of great generosity towards both refugees and humanitarian crises. This is the Canada that sees war as the last possible option, and doesn't romanticize it when it comes.

There is a distressing irony here, as all Canadians should by now be fully aware. The Harperites want their warrior nation, yet few Canadian governments have ever treated returning veterans more shabbily. Despite protest after protest from bitter, betrayed vets, who have been supported forcefully by every one of the veterans' ombudsmen the Conservatives themselves have appointed, the treatment this country owes those vets improves only at a snail's pace. This scandal has always been an inexplicable part of Stephen Harper's record.

Yet as always, shamelessness characterizes the conduct of his government. Last Remembrance Day, Veterans Affairs Minister Julian Fantino condemned those who wore a white poppy as "an offensive attempt to politicize Remembrance Day." But the real story is that white poppies are simply meant as a tribute to the fallen that says "I remember for peace."

Talking about being offensive, Mr. Fantino is the very last person in Canada who has the right to make such accusations. It's likely no veterans' minister in history has shown more open contempt for vets and their families than Mr. Fantino has done – to their faces! –and few governments have politicized wars both past and present more than Mr. Fantino's. Remember "Taliban Jack," as the Harper government viciously labeled Jack Layton?

John McCrae died in northern France in the last year of the war, years after he penned In Flanders Fields. He had seen everything by then. Maybe, had he lived, he would have revised that final verse. Maybe, like those great British soldier-poets Wilfred Owen and Siegfried Sassoon, he'd have written powerful poems against war. Maybe he would even have worn a white poppy beside his red one.

Editor's Note: In an earlier version of this piece, the "In Flanders Fields" was spelled incorrectly in both the headline and the column. This version has been corrected. 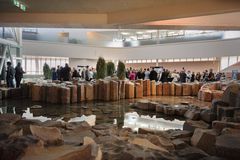 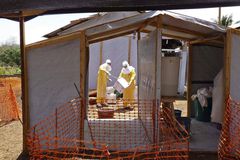