Human frailties being what they are, most every government has experienced what the Conservatives are going through now – torrents of trouble in the ministerial ranks.

Lester Pearson was plagued by transgressions by his Quebec ministers, which John Diefenbaker blew out of proportion. Brian Mulroney dismissed or sidelined many ministers for various shades of misconduct. Jean Chrétien's cabinet was stable for the first years but later became a revolving door.

What has been striking about Stephen Harper's government through the years is the Prime Minister's reluctance to change the deck chairs. It's been a relatively stable team, one that has featured some laudable performances.

But it is blunder-prone and looking anything but fresh these days and many in the nation's capital, Conservatives included, see a need for new faces. Consider the woes that have befallen the current slate of ministers.

International Development Minister Bev Oda has again been caught running up huge and unnecessary limousine and hotel – the Savoy in London – expenditures. She is a repeat offender, having been upbraided for her limo luxuries in the past. Her office was also caught up in a document-altering controversy involving the church aid group Kairos. No one can understand, given the example she has set, why the Prime Minister keeps her on.

Defence Minister Peter MacKay has been embroiled in several controversies, the most serious being the cost estimates of the F-35 fighter jets. Harsh evaluations have come from both the Auditor-General and the Parliamentary Budget Officer. He has been in the post for several years. He probably wants a change himself.

Public Safety Minister Vic Toews brought forward a bill on online surveillance that provoked such a public outcry that the government had to scuttle the plan. It was Mr. Toews who, to an opposition critic, issued the disgraceful directive: "He can either stand with us or with the child pornographers."

Tony Clement, who stumbled through the long-form census imbroglio, was hit with an Auditor-General's report condemning the handling of spending related to the G-8 summit in Huntsville – more than $40-million for border infrastructure projects that went instead to spruce up ventures in his riding. He was then put in charge of budget cuts and government openness but has faced strong criticism for keeping the cuts shrouded in a fog.

Industry Minister Christian Paradis was ruled in conflict of interest by the Ethics Commissioner when he arranged a meeting with department officials for former Conservative MP Rahim Jaffer. Indian Affairs Minister John Duncan faltered and faced calls for his resignation for his handling of the Attawapiskat housing crisis.

Jason Kenney's Immigration Department was the subject of ridicule for using public servants as stand-in stooges for a citizenship ceremony for which real citizens could not be found. Peter Kent has had many stumbles in the Environment portfolio which, given the government's take on the environment, would pose problems for any minister.

Even cabinet strongmen like John Baird and Jim Flaherty have run afoul of high standards. Mr. Baird, the Foreign Affairs Minister, was recently at the centre of a storm when the government overruled federal bureaucrats and gave $1-million to a project submitted by an Ottawa rabbi with friendly ties to Mr. Baird. Finance Minister Flaherty's lumping of myriad kinds of other legislation in his mammoth budget bill was widely criticized as an abuse of process.

While this is hardly the first government to face a streak of ministerial folly, one can only wonder how the Conservatives expect to project an image of competence under such circumstances.

Is it not time for Mr. Harper to bring out the broom? 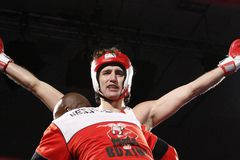