The federal government is preparing to unveil the initial stages of its plan to force cigarette manufacturers to sell their products in plain packaging – a move that is expected to launch a heated legal battle between Ottawa and the tobacco companies.

Government sources said the first measures would be announced Tuesday in conjunction with the World Health Organization's annual No Tobacco Day, which this year will focus on the international effort to restrict the use of logos, colours, brand images and promotional materials on tobacco products.

"There's obviously going to be a fair amount of work involved in making a change of that kind of scope," said David Clements, a spokesman for Health Minister Jane Philpott. Mr. Clements was not among the government officials who confirmed the Tuesday announcement, but he pointed out that Dr. Philpott has said that plans for the plain-packaging requirement are moving forward.

The Liberals promised during last fall's election campaign to introduce plain-packaging requirements for tobacco products similar to those in Australia, Britain and France. And the mandate letter handed to Dr. Philpott by Prime Minister Justin Trudeau says she must act on that commitment.

In other countries where there has been an attempt to make plain packaging mandatory, tobacco companies have fought back.

"We believe, like any other legal industry or company, that we have the right to have our trademarks on our products," Eric Gagnon, director of corporate and regulatory affairs for Imperial Tobacco Canada, said on Monday. "Like any other industry, we are going to defend against ineffective and excessive regulation that is only what we believe to be a potential public relations effort by the government."

When asked if that meant tobacco companies would be taking the Canadian government to court, Mr. Gagnon said his company would first have to see what is introduced. "But if it is excessive and if it infringes on our rights, it's one of the considerations for the future," he said.

Earlier this month, the British High Court of Justice ruled against a challenge to the plain-packaging rules that had been brought by four tobacco companies. Australia was also hit with legal action from the tobacco industry when it introduced the requirement for plain packaging in December, 2012, challenges that were also dismissed by that country's courts.

A study conducted in 2014 by the Centre for Behavioural Research in Cancer in Melbourne found the objectives of the plain packaging had been achieved. Australian smokers said they found the packages had less appeal, they perceived the quality of the cigarettes to be lower and they took more notice of the health warnings that some said provided a motivation to quit.

Another study released several months ago found that the consumption of tobacco products in Australia was down more than 20 per cent in the three years after the plain-packaging requirement was introduced – something tobacco companies say is simply a continuation of a historical trend.

In Canada, tobacco is already subject to heavy regulation, Mr. Gagnon said. Cigarettes must be kept out of public sight, 75 per cent of the packages are already covered with health warnings and the general awareness of the health risks is high, he said.

Health warnings are expected to continue if plain packaging is approved for tobacco products in Canada.

Rob Cunningham, a senior policy analyst with the Canadian Cancer Society, said tobacco products are addictive and lethal, and should not be allowed to be sold in packages that make them more attractive. Bans on broadcast and print ads make the package the most important type of advertising still available to tobacco companies, he said.

Garfield Mahood, president of the Campaign for Justice on Tobacco Fraud, said he expects the Liberals will be in the third year of their current mandate before plain packaging becomes law in Canada, given all of the consultations required to avoid rejection by the courts.

"Industry documents, combined with minimal understanding of marketing and common sense, tell you that the branding on the packaging, including the makeup of the package itself, is probably the most valuable asset that the industry has to market its products," he said. 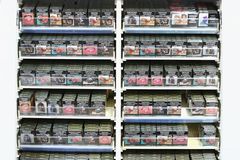 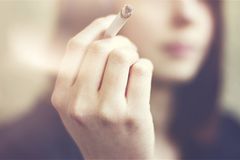