Foreign Affairs Minister John Baird is telling the United Nations to stop its navel-gazing discussions about reforms to its rules, and focus instead on results in places like Syria.

"The United Nations must spend less time looking at itself, and more time focused on the problems that demand its attention," Mr. Baird said.

But one week after Prime Minister Stephen Harper snubbed the United Nations by travelling to New York to accept a "World Statesman" award from a group there while skipping the opportunity to address the UN General Assembly, Mr. Baird insisted Canada's commitment to the international body is clear. That's why Ottawa dislikes the bickering over reforms, he said.

In Canada, Stephen Harper has been no fan of the working with the UN, but Mr. Baird suggested that the constant obsession with UN reform is part of the dysfunction.

Every year, the opening of the UN General Assembly brings calls for reforms from many world leaders – but their ideas of reform are often different, and competing.

Many contest the power of the five permanent members of the Security Council – Britain, China, France, Russia and the United States. But several, like Germany, Japan, Brazil, and India, see themselves as unfairly denied a place in the group. Smaller countries often argue too much power is invested in the 15-nation security council.

Mr. Baird's argued that what counts is results, and in cases like Syria's civil war, the UN has delivered an impasse that has baffled people around the world. Though he did mention them by name, he said countries like Russia and China, who have blocked action against Syria at the Security Council, will bear the burden of history.

"While the brutal and repressive regime of Bashar al-Assad continues the slaughter of its own people, the United Nations has failed to impose binding sanctions that would stem the crimson tide of this bloody assault," he said in the draft. "Until the last syllable of recorded time, the world will remember and history will judge member states that are allowing these atrocities to continue."

"Many people of the planet, including many of the citizens whom we represent, cannot understand why this organization – despite the sound and fury of debate in this great Assembly – has been unable to take concrete steps."

Mr. Baird's speech, however, was less gloomy about the state of the world than the address Mr. Harper delivered to a New York audience last Thursday. He argued engagement with the world is important for Canada and for all, and sang the praises of trade, openness and diplomacy as the paths to prosperity, freedom and international understanding.

But he did offer justification for Canada's September move to cut off diplomatic ties with Iran, insisting it was not only because Tehran's unwillingness to protect foreign diplomats put the safety of Canadian envoys at risk.

"While Canada prizes engagement and open relations, there can be no open engagement with a regime that dishonours its word, repudiates its commitments, and threatens to perpetrate crimes against humanity," Mr. Baird said.

Read the full draft text of his speech 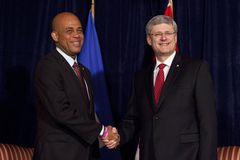 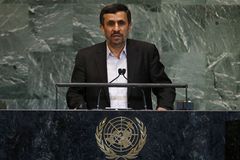 Iran warns its citizens that Canada is a dangerous place 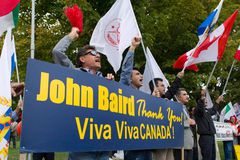 Not time yet for China deal, Baird says 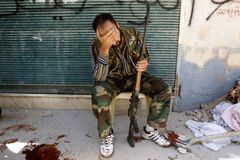