The Supreme Court will hear arguments on Thursday over whether to allow the public to view information in an Ontario government registry of sex offenders, the latest development in a four-year battle that pits the right to know against fears of vigilantism.

A journalist, Patrick Cain, is seeking information about the number of registered sex offenders who live in particular communities. Ontario is strongly opposed, arguing that vigilantes will hunt down sex predators, and the offenders will stop reporting in to police.

"Offenders fear the public more than they fear the police," Ontario's Ministry of Community Safety and Correctional Service and Social Services says, in a document filed with the Supreme Court. It says that offenders trust the police to protect their confidentiality, and that the court should give the government "a margin of appreciation," without asking for proof that vigilantism would occur.

Thursday's hearing comes as the Conservative government is set to introduce the Tougher Sentences for Child Predators Act, which would let the public view some information on high-risk child predators in a federal registry – but only those whom police have warned the public about. (Those warnings include the names of communities, but not specific addresses.)

The limited openness in dispute at the Supreme Court would be a far cry from the huge amounts of information on tap in the United States, in which interactive maps featuring names, pictures and Google street views are available in many jurisdictions, and e-mail alerts can be requested when new offenders move into neighbourhoods.

"It makes life very difficult – they can be shunned, they can lose their job, they can lose their housing," said James Jacobs, who specializes in criminal law and procedures at New York University School of Law. On the other hand, "a person would like to know who's living next door, and who is inviting their kids over for lemonade."

Mr. Cain is seeking information on the numbers of offenders in postal code areas (first three characters only). An average of nearly 25,000 people live in each area – but the smallest area has 400. Ontario's registry covers a wide range of sex offences, from exposure to rape at gunpoint.

Ontario argues that the data could be used to help identify names of offenders in some communities, "if it is connected with other publicly available information about convicted sex offenders."

"Nonsense," Ann Cavoukian, the province's Information and Privacy Commissioner, said in an interview. She supports the release of the information, arguing that without names or other identifying information, there is no privacy issue. "Their identities aren't going to be revealed. It's just a bulk number."

Someone might wish to check a neighbourhood, she said, to learn how many registered sex offenders live there before moving in – though she also said she couldn't imagine that anyone would do such a thing.

She said the Ontario government may see the request as a slippery slope to a free-for-all of information.

Canada Family Action, a Calgary group, oversees a website called StopPedophiles.ca that publishes names and photos of child sex offenders when they are in the news.

He leans away from the U.S. approach of making addresses public, however, fearing that it would lead to vigilantism.

Opinion
When should unprotected sex trigger the heavy hand of criminal law?
October 3, 2013 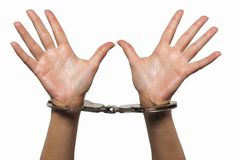