Canada's new top soldier says he is so serious about stamping out sexual harassment and assault in the military that he is urging Canadian Armed Forces members in need of dire help to dial 911 and summon civilian police.

"You will see changes and announcements in the near future that will herald a significant improvement in how the Canadian Armed Forces deals with persons affected by sexual misconduct. In the interim, anyone needing immediate emergency assistance should call 911," General Jonathan Vance wrote in a note to all Forces members.

Normally, military police, not civilian police, are the first contact for soldiers, sailors and air personnel in need of emergency help.

Gen. Vance, who took over as Chief of the Defence Staff last week, used his inaugural speech on July 17 to signal how seriously he takes the findings of a special investigation into harassment and sexual assault within the ranks that reported in April. The Deschamps report said sexual misconduct is "endemic" in the military and this abuse was tolerated by senior leadership.

The External Review on Sexual Misconduct and Sexual Harassment identified a mistrust of the military chain of command when addressing complaints of sexual assault and harassment, and Gen. Vance's recommendation to call 911 is an effort to ensure that Forces members get help now.

He announced that he will gather the Canadian military's most senior brass – general and flag officers – for a seminar in August to map out a plan for weeding out bullying and predatory behaviour.

The general is also trying to nip in the bud any resistance from the Forces in which some officers and non-commissioned members might argue that the problem has been exaggerated.

"I will not engage in any discussion or debate about the degree or severity of sexual misconduct in the Canadian Armed Forces. It does not matter, for even a single incident is too many, and even unintentional harm or offence is unacceptable," Gen. Vance said.

"This is a serious matter. Whether you are a leader, a subordinate or a peer, any form of harmful sexual behaviour undermines who we are, is a threat to morale, is a threat to operational readiness and is a threat to this institution. It stops now. Consider this my first order to all members of the Canadian Armed Forces."

The senior commander, who is known for his blunt and straightforward talk, is trying to finish what his predecessor, Gen. Tom Lawson, started.

"I lament the fact that there exist within our ranks those that would bully, degrade or assault others, especially another member of the Canadian Armed Forces or a member of the Defence Team," Gen. Vance wrote.

"To those that have been the target of inappropriate sexual behaviour, the Canadian Armed Forces will support you. We must ensure it does not happen again, and we will all respond to the need for change to ensure that respect and honour, cornerstones of our culture, are consistently upheld. I will lead you through this change."

The depth of the military's commitment to tackle sexual assault has since been repeatedly questioned. Last month, Gen. Lawson created a stir when he said during a nationally televised interview that sexual harassment is "biologically wired" into some male members of the military and that some of them believe it is reasonable to press their desires on others – a remark for which he later apologized, saying it was an "awkward characterization."

The report by former Supreme Court justice Marie Deschamps found that women in the Forces are routinely subjected to degrading expressions, sexual jokes and unwelcome touching. The report said the environment within the military is conducive to sexual assault and a large percentage of cases are not reported, as women have become desensitized to it.

Even before that report was released, Gen. Lawson appointed Lieutenant-General Christine Whitecross to lead a new agency to oversee allegations of sexual misconduct and to provide advice, independent of the military chain of command, about how to deal with the problem.

Gen. Vance vowed on Thursday to implement the report in full.

"I see this as an [military] operation and have chosen the name Operation HONOUR. The Canadian Armed Forces have never failed on operations in the past, and we shall not fail now." 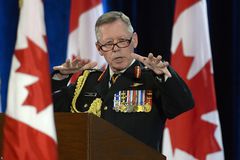 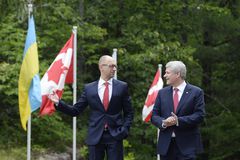 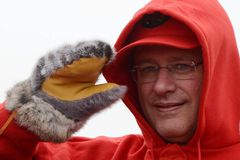