Canada's MPs are home for the holidays and the House of Commons is silent, as work on Parliament Hill is adjourned until the end of January. The fall sittings may have featured more than their fair share of political theatre, but what actually got done in the House this season?

Of course, the two omnibus bills introduced and passed by the Conservatives this year contained many bills' worth of legislation, somewhat disguising the number of laws this parliament has actually passed. Had they all been introduced individually, undoubtedly the House would not have had the time to get through as many as were forced through via the omnibus bills. But simply going by the numbers, the MPs' report card on work accomplished in the fall sitting of 2012 is comparable to other sittings, despite what the dreary cacophony of Question Period might suggest.

(Some quick definitions: a session of parliament is the time period in which MPs and Senators gather to make laws – it begins with a Throne Speech and ends with an election or prorogation; a sitting is when the parliamentarians are in Ottawa, between which they're on summer or winter breaks; a sponsor is the person who introduces a bill; and a bill must be approved by the House and the Senate to receive Royal Assent, when it becomes law.)

Legislation, by the numbers

The legislative record for the fall sittings (from Sept. 17 to Dec. 14) stacks up well to other sittings, with nine bills having been awarded Royal Assent, 11 having been dealt with in the House and sent to the Senate, and seven bills (all private member's bills introduced by opposition MPs) defeated. The Minister of Finance (Jim Flaherty) sponsored the most bills in this season's sitting (three), while the Minister of Justice (Rob Nicholson) sponsored two.

By sheer size, the biggest bill taken care of during the fall sittings was C-45 (Jobs and Growth Act, 2012), otherwise known as the omnibus bill, weighing in at some 120,000 words (English version only). The next largest bills were a free-trade agreement with Panama, a bill on MP pension reform and the Safe Food for Canadians Act, each clocking in at over 10,000 words.

How the fall sitting compares

Much of the variation between sittings simply has to do with how long it can take for bills to get through all of the necessary steps – bills introduced in the spring, for example, might only get through all the hoops by the fall or the following year. But the sittings in 2012 have been relatively busy. In addition to the 27 bills finished with by the House in the fall, 35 were taken care of in the spring sittings (from Jan. 30 to June 28): 20 received Royal Assent, six were passed on to the Senate (two of which were granted Royal Assent in the fall), and nine were defeated (again, all private member's bills introduced by the opposition).

The spring and fall sittings of 2011 (June 2 to 26 and Sept. 19 to Dec. 15, respectively) were less busy. The spring 2011 sittings lasted only a month, and the government quickly moved six bills through the House and on to Royal Assent. The fall sittings saw eight bills being given Royal Assent, one being sent to the Senate (and granted Royal Assent in the spring of this year), and one meeting defeat. Many bills were introduced, however, with some of their fates being decided at some point in 2012.

Who sponsored the most bills

Throughout this session of Parliament (which began on June 2, 2011), the President of the Treasury Board (Tony Clement) has sponsored the most bills, routine measures that deal with the government's expenditures needed to operate. The House handled seven bills sponsored by the Minister of Finance and five by the Minister of Justice. Thirty-five private member's bills were also dealt with during the session (many more are still making their way through the House).

The Minister of Finance has sponsored more completed bills in this session than he did in the last session of the 40th Parliament, cut short by the 2011 federal election. In that session, which lasted little more than a year, the Minister of Justice was the most active after the President of the Treasury Board, while the Minister of Human Resources and Skills Development (Diane Finley) was third on the table of most sponsored (and passed) bills in the House.

The minority parliament did not prevent the House from getting through bills, however. The fall 2010 sitting took care of 26 bills (18 given Royal Assent, one passed to the Senate, and seven defeated). But what was different was the ability of the opposition to get things through the House.

In this session, only three opposition bills have gotten Royal Assent, two of them introduced by Liberal senators and all of them innocuous (establishing a national day for autism awareness, for example). One opposition bill has passed third reading and is in the Senate: NDP MP Joe Comartin's bill about sports betting. By comparison, the majority opposition managed to get eight bills through the House and on to the Senate in the last session of the 40th Parliament, though most of those either never survived the Conservative majority in the Red Chamber or died when the election was called. 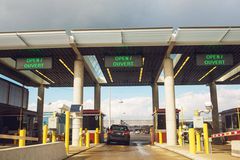 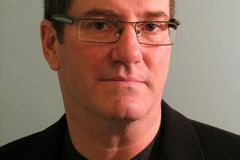