The Harper government openly defied the House of Commons on Tuesday as Transport Minister John Baird crashed a parliamentary committee and took over for the previously scheduled witness.

Mr. Baird said he was appearing at the request of Prime Minister Stephen Harper, and went on to act as an uninvited stand-in for Mr. Harper's main spokesman, Dimitri Soudas. The meeting dissolved into partisan wrangling between Conservative and opposition MPs. Mr. Baird left after saying little, except to defend the government's new ban on appearances by ministerial aides before parliamentary committees.

"The days where you can call in 25-year-olds before this committee, to beat up staff who can't defend themselves, are over," Mr. Baird told the ethics committee.

His move was the first example of the government's policy, announced by Mr. Soudas on television on Sunday, that ministers will now show up at committees whenever ministerial aides are called as witnesses. The decision appears to be a last-minute bid to prevent the scheduled appearance next week of aides invited by a parliamentary committee that is probing allegations of unregistered lobbying on the part of former Conservative MP Rahim Jaffer.

Parliamentary committees have been increasingly flexing their muscles in recent years, obtaining confidential cabinet documents and issuing summonses to force the testimony of the likes of German-Canadian businessman Karlheinz Schreiber.

The attempt to limit the powers of committees could eventually make its way to Speaker Peter Milliken, who ruled in favour of Parliament in a standoff over documents related to Afghan detainees earlier this month. Liberal MP Wayne Easter pointed out that Mr. Soudas - who is 30 and whose scheduled testimony earlier this month on the access-to-information process was delayed by a fire alarm - actually has more media exposure than many ministers.

"Don't try to say that he is a 25-year-old who can be intimidated by this committee," Mr. Easter said, accusing the government of "affronting parliamentary democracy."

Liberal MP Paul Szabo, who chairs the ethics committee, said he has been instructed to do what is necessary to get Mr. Soudas back in front of the committee, including issuing a summons.

"The committee rejected the government position on calling political staff and will proceed unless the Speaker rules that we must comply with the government's new policy," Mr. Szabo said.

Liberal MP Ralph Goodale added in the House that ministerial aides have all the necessary qualifications to defend their decisions before a committee. A chief of staff can make up to $159,000 a year, while the salary of a director of communications can go up to $129,000.

But the government is angry that opposition MPs, who have a combined majority on committees, are increasingly calling on ministerial aides to testify, usually in a bid to embarrass the government or probe controversial decisions.

"The tyranny of the opposition majority has turned its attention to the men and women who make up our political staff. Men and women who did not sign up to be tried by a committee - to be humiliated and intimidated by members of Parliament," said Conservative House Leader Jay Hill.

While Mr. Baird said ministers will show up when their aides are invited, he did not guarantee that ministers will always respond positively to committee invitations.

"Depending on the issue, I suppose," he told reporters.

Ottawa bars ministers' staff from appearing before committees
May 23, 2010 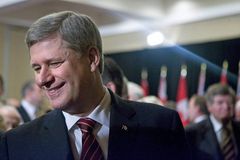