Prime Minister Stephen Harper is banking on the star power of a newly minted senator to help the Conservatives end their barren electoral streak in Montreal.

Just a day after being named a Tory senator, Larry Smith announced he will seek the party's nomination in the next federal election in a long-time Liberal stronghold.

The Conservatives are hoping Mr. Smith can wrest the riding of Lac-Saint-Louis away from the Liberals and help them in their push for a majority government.

Mr. Smith said he will step down from the Senate when the election is called.

"I will not be appointed as a cabinet minister [right now]" he told reporters Tuesday evening after speaking to Conservative supporters in the riding. "I've had that discussion with the Prime Minister because in my sense you have to earn your spot on the team before you get to the table."

Mr. Smith did not specify whether Mr. Harper actually offered him a cabinet spot.

A Conservative official said the January cabinet shuffle promised by Mr. Harper will be narrow and focused, rather than a major rearrangement of the executive council. The official referred to Mr. Harper's remarks after the 2008 election that he no longer intended to appoint ministers from the Senate.

Mr. Harper named Michael Fortier to the Senate and gave him a cabinet post after the Conservatives were shut out of the island of Montreal during the 2006 election.

But the move drew heavy criticism, and when Mr. Fortier ran in the 2008 election after quitting the Senate, he was soundly defeated by a Bloc Québécois candidate.

"As much as I respect Michael Fortier, I didn't necessarily think that that might have been the best strategy for anyone to take because when you go into the room – in a players' room – if you're not a member of the team and you haven't done something on the field, then you don't have that credibility," said the former CFL player. "And I have no interest in not having credibility."

Mr. Harper will be hoping Mt. Smith has the same success as another star candidate did in a by-election in Ontario last month.

The Tories have not had an MP in Montreal since the end of the Mulroney era in 1993.

But the 59-year-old Smith may just be the man to make the breakthrough because of his high profile in the Montreal area.

He played for the CFL's Alouettes and had two spells as president of the team sandwiched around a stint as publisher of the Montreal Gazette.

Still, he will face a stiff test in trying to unseat Liberal incumbent Francis Scarpaleggia.

But Conservatives in the riding believe it is finally within their grasp.

"This time we're going to be running a candidate that I think has more credentials to defend Canada within Quebec. That has always been our problem."

He added that supporters have already raised $30,000 for an eventual campaign and, unlike last time, expect to spend the full amount under federal election laws.

"We're a bit more organized than we were last time," Mr. Damant said. "We have a very strong campaign team."

Lac-Saint-Louis is one of the remaining anglophone enclaves in Montreal, and the Conservatives believe the largely middle-class, suburban demographics could be receptive to their agenda.

The last Tory victory in the area stretches back to 1988 when it was won by Bob Layton, the father of NDP Leader Jack Layton.

Such suburban ridings have become a key target for the Tories as they seek the votes to secure a majority government.

- With reports from Jonathan Montpetit, and John Ibbitson in Ottawa 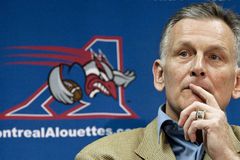