Ontario's Liberal government is under increasing pressure to release a complete list of private companies that were given billions of dollars in grants and loans.

Auditor general Bonnie Lysyk reported in December that the government had committed $2.36 billion to 374 private business projects between 2004 and May 31, 2015, with $1.87 billion in grants and $489 million in loans.

The province has committed another $118 million in corporate subsidies since the auditor's report was released.

Lysyk found there was no information on which companies received more than $70 million in funding for 60 different projects.

For months, the Progressive Conservatives have been asking for a list of the companies that received what he calls "corporate welfare," how much they were given, and what the job targets were.

"It's time the government clears the air on these grants and comes clean to Ontario taxpayers," said PC economic development critic Monte McNaughton.

The NDP said the Liberals should not be picking winners and losers.

"There's no measure of accountability whatsoever in regards to these grants, and the auditor found that the respective ministries don't even return to see if the jobs were retained or created," said New Democrat finance critic Catherine Fife.

The auditor found 80 per cent of the economic development funds went to companies that were "invited to apply" for the money by the government.

"We need to see the grants to ensure that this wasn't simply a crony capitalism-type program where companies gave donations to the Liberals and received grants in return," said McNaughton.

"They've cherry picked which grants to make public, which raises the question: what is the Liberal government hiding from taxpayers?"

"Ontario's $2.8 billion worth of business partnerships have leveraged $29 billion in private-sector investments," spokeswoman Jessica Hume said in an email.

A January report from the provincially funded Institute for Competitiveness and Prosperity said Ontario has 127 programs that provide financial help to companies.

"The programs...are administered by 14 different ministries and are not centrally organized or broadly marketed, making it difficult for many firms to find and apply for these programs," the report concluded.

It cost the government $85 million just to administer all its business support programs, according to Lysyk.

A recent survey by the Ontario Chamber of Commerce found that over 50 per cent of businesses planning an expansion sought some form of government financing.

The auditor said the cost per job per year from the government grants ranged from $718 to $16,981 depending on the funding program, several of which were consolidated in 2015 into the new $2.8-billion Jobs and Prosperity Fund.

McNaughton said Parrish and Heimbecker Ltd. got a $5-million grant late last year to build a flour mill in Hamilton that would create 15 jobs, which he calculated works out to more than $300,000 per job.

The auditor said the government gave only four per cent of the total funding to small- and medium-sized businesses, which account for one-third of Ontario's gross domestic product, and did not support any new startups.

Much of the money went to big companies.

Ubisoft, a video games company based in France, got a $263-million grant to open a development studio in Toronto, while Linamar got $50 million to expand its auto parts plant in Guelph. Ford of Canada was promised up to $70.9 million in 2013, Toyota got a $42.1-million grant in 2015, and the government committed up to $85.7 million in Honda's plant in Alliston.

McNaughton said the owner of a frozen food company near Strathroy who went to the bank to finance his warehouse expansion was upset when a competitor near Woodstock got a $3.5-million grant from the province.

"The owner of this small business that employs about 50 people called me and asked: 'Why am I paying higher taxes and more fees in order to fund my direct competitor?"' said McNaughton. "To me, that makes no economic sense."

The Ministry of Finance also provides financial support to business, in the form of corporate tax credits, which cost the province $2.87 billion in 2014/15 alone.

The auditor found that the Ministry of Economic Development, Employment and Infrastructure rarely considers which companies benefited from the Ministry of Finance's targeted tax credits when it gives out grants and loans. 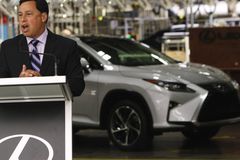 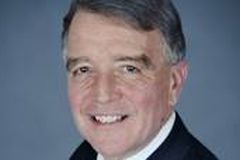 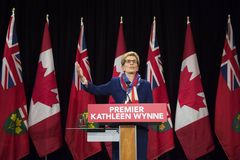