A Conservative MP whose election was overturned due to numerous voting irregularities is being sent as part of a Canadian observer mission charged with ensuring free and fair elections in Ukraine.

And while Ted Opitz will be part of the mission, at least two former Liberal cabinet ministers have been given the boot.

The makeup of the mission is sparking accusations that the Conservative government is compromising Canada's international reputation by injecting domestic partisan politics into its staffing of the 500-member team.

However, Prime Minister Stephen Harper is defending Mr. Opitz's involvement and the overall composition of the mission.

"Our government, and especially MP Ted Opitz, stands strong as a supporter of the Ukrainian people as they seek to build a nation based on democracy, respect for human rights and the rule of law," Harper spokesman Andrew MacDougall said in an e-mail.

"This will be an all-party delegation that is reflective of Canada's care and concern for free and fair elections in Ukraine."

Most observers depart Ottawa on Saturday to monitor Ukraine's Oct. 28 election – a campaign itself marred by corruption charges against the ruling Russian-leaning party.

The selection of Mr. Opitz is drawing particular criticism because of the uncertainty that lingers over his own election victory.

The Supreme Court of Canada is to decide whether Mr. Opitz was the actual winner of the Toronto riding of Etobicoke Centre in the 2011 federal election over Liberal incumbent Borys Wrzesnewskyj.

Mr. Opitz is appealing a decision by an Ontario Superior Court judge who threw out 79 ballots due to procedural irregularities, nullifying the MP's narrow 26-vote victory.

If the Supreme Court denies Mr. Opitz's appeal, he would have to square off against Mr. Wrzesnewskyj in a by-election in Etobicoke Centre, which has a large Ukrainian-Canadian population. The top court heard the landmark case in early July and is expected to rule on it soon, conceivably while Mr. Opitz is in Ukraine.

While the court case focused on procedural snafus, Mr. Wrzesnewskyj has made more serious charges, backed up by affidavits sworn by Elections Canada officials, of voter suppression and intimidation by members of Mr. Opitz's campaign team.

None of those allegations has been proven in court.

Meanwhile, former Liberal cabinet ministers Elinor Caplan and David Anderson both received telephone calls earlier this month from Canadem – the independent agency that recruits observers for the federal government – telling them they didn't make the cut as election monitors.

"You don't need to be a genius to figure this out," Ms. Caplan said in an interview. "Obviously, this is seen as very political by the government."

Ms. Caplan, who served as an observer in Belarus and has taken United Nations courses on election monitoring, said she was asked by Canadem to apply. She did and was notified that she was "good to go," other than the formality of having the minister sign off on her involvement.

Then over the Thanksgiving weekend, Canadem left a message on her home phone advising her that "at the direction of the government of Canada, we've been directed to remove you from the delegation."

She said it appears the government is bumping Liberals while "doing what they can to keep (Opitz) front and centre" with his Ukrainian-Canadian constituents in case he winds up having to fight a byelection.

"It's a pity because, you know, it tarnishes Canada's international reputation ... if the message is we're sending over a partisan, highly unbalanced (delegation) or there are political reasons for who gets selected."

Mr. Anderson received a similar telephone call on the same weekend, and was told he was off the team. He said he has questions, given that he's very familiar with the practices and policies of the Organization for Security and Co-operation in Europe, a recognized leader in international monitoring.

"I'm happy to apply for these things. But if I'm always going to get blackballed, I'd like to know that too. Whether it's my age, my politics, the colour of my eyes."

As for Mr. Opitz taking part in the mission, Mr. Anderson said: "It's a curious choice, given the controversy surrounding his election."

Taras Zalusky, the mission's chief of staff, said the selection process "was exactly the same" for this mission as it was when Ms. Caplan and Mr. Anderson were in cabinet.

"So, it sounds like sour grapes to me," Mr. Zalusky said.

Mr. Zalusky, who has been involved in two earlier Canadem missions to Ukraine, said 1,500 people applied for the 490 available short– and long-term observer spots. Another 10 are reserved for parliamentarians, chosen by their respective parties.

However, the mission has raised eyebrows, even among some observers, with the disproportionate number of Ukrainian Canadians who've been selected – many of whom, including Mr. Zalusky himself, are connected to the Ukrainian Canadian Congress (UCC), an organization that has been highly critical of Ukraine's governing party.

One observer, who asked not to be identified, estimated that 50 per cent of Canada's observers are of Ukrainian heritage.

"It's hard to imagine they're objective," the observer said.

Mr. Anderson said it's understandable that the Ukrainian community in Canada tends to be "more hostile to the Russian party," but that makes it problematic for members to serve on a supposedly neutral election monitoring mission.

"They tend to be more on one side. That means that Ukrainian Canadians like any other ethnic group in the diaspora of any country are not necessarily accepted by the home country as unbiased."

Indeed, the diaspora-heavy contingent would seem to be contrary to Canadem's own guidelines for election monitoring missions.

"Regardless of how impartial and professional an observer is, the perception of bias or conflict of interest is a huge challenge, particularly for observers who are returning to their country of origin," Canadem says on its website.

"Therefore, in many situations, election observer missions cannot be staffed by observers who originated from the country in which the election is taking place.

"Regardless of how good they are, local voters will assume that they are not impartial. At a minimum, the standard practice is that the number of country-of-origin observers on an international mission must be relatively small."

Mr. Zalusky, who is taking a leave of absence from his job as executive director of the UCC to take part in the mission, dismissed any concerns. "Every single one" of the observers is a Canadian citizen, he said; there are no "new arrivals" from Ukraine.

They have all passed both Canadem and United Nations training courses and must adhere to "a very strict code of conduct on not being biased," he added.

Moreover, Mr. Zalusky argued, it's an asset that 40 per cent of Canada's long-term observers, who've been in Ukraine for the past two months, speak Ukrainian or Russian.

"Frankly, when you have people on the ground for two months, in order to catch nuance, in order to be able to understand what's going on in a complex political system like Ukraine – where, as good as they are, interpreters won't catch everything and sometimes they're afraid to translate everything – it's good to have people who actually understand what's being said."

Many have been involved in previous election observation missions to Ukraine, added Mr. Zalusky, who previously served as an adviser to Liberal ministers, including former international co-operation minister Aileen Carroll.

"I have every confidence that the Canadian observers know that when they go out in the field that they're representing Canada and that they all behave appropriately," he said.

"The usual suspects are going to complain about this but I can honestly say that Canadem runs a top-rate operation ... They do a first-rate, bang-up job."

Mr. Wrzesnewskyj declined to comment on Mr. Opitz's involvement in the mission, but he defended the heavy involvement of Ukrainian Canadians.

He took credit for persuading former Liberal prime minister Paul Martin to make use of the diaspora in Canada's first election monitoring mission to Ukraine in 2004, over the objections of Foreign Affairs bureaucrats who worried about objectivity.

The final list of observers has not yet been released, nor has the head of mission been named. Prime Minister Stephen Harper is to speak Friday at a public send-off for short-term observers. 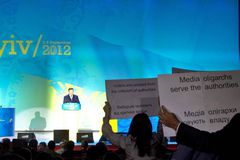 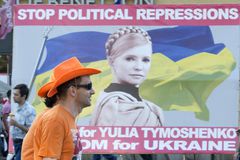