The bill, introduced Wednesday in Parliament, goes well beyond cyberbullying to give police enhanced investigative tools to tackle a wide range of crimes, including terrorism, organized crime, theft of cable, fraud and hacking. It also broadens the definition of hate propaganda.

California passed a weaker law on distribution of intimate images last month with a maximum penalty of six months in jail. Few other jurisdictions make that form of cyberbullying a specific criminal offence.

Paloma Aguilar, a spokeswoman for Justice Minister Peter MacKay, said the government is trying to "modernize investigative powers in the Criminal Code to facilitate the investigation of criminal activity involving electronic communications, including the proposed new offence."

The bill still needs to be debated in the House of Commons and voted on before it becomes law. The government stressed that the proposed law would apply only where the subject of the image has a reasonable expectation of privacy. A defence to the charge is that sharing the image served the public good, a defence that appears aimed at protecting free expression, including that of the news media.

"We know the results of cyberbullying – we have heard about children who took their own lives because they could not cope with the humiliating consequences that befell them," said Public Safety Minister Steven Blaney, who joined Mr. MacKay at a news conference. Teenagers Rehtaeh Parsons, 17, of Nova Scotia, and Amanda Todd, 15, of British Columbia, died after attempting suicide in the past 13 months following cyberbullying incidents involving naked photos.

The bill's investigative tools that go beyond cyberbullying were not explained – or mentioned – in a backgrounder on the proposed law posted on Mr. MacKay's website. That omission prompted critics such as the British Columbia Civil Liberties Association to call the cyberbullying law a "Trojan horse" for a controversial previous law, since withdrawn by the government, that would have expanded police powers to gain lawful access to electronic communications.

"This is essentially a cut-and-paste job" from that previous law on Internet surveillance, said Micheal Vonn, policy director for the BCCLA. The proposed new law would set a lower standard of "reasonable suspicion" when police seek a judge's permission to view e-mails and other communications, she said.

Wayne MacKay, a law professor at Dalhousie University, who chaired a provincial task force on cyberbullying, praised the prohibition on sharing of intimate images without consent. "They seem to be doing it in a way that has clout and teeth."

The proposed law would also allow for a judge to issue a peace bond limiting access to computers of anyone believed to be a risk to commit the new cyberbullying offence. Computers and cellphones could be seized from individuals convicted of cyberbullying – a more restrained approach than Nova Scotia's civil law, which permits police, armed with a judge's order, to seize electronics during a cyberbullying investigation.

Police would also be given new investigative tools to help them track cyberbullying. A federal-provincial report by senior justice officials found that Canada lags far behind other Western countries in being able to obtain electronic evidence from Internet service providers and social-media services.

The government said it based the bill on the recommendations of that report. The report found that there is a gap in the criminal law as it affects bullying using nude or intimate images. Many other Criminal Code offences could be used to apply to cyberbullying, the report said, including criminal harassment, uttering threats, intimidation, mischief in relation to data, extortion, identity fraud, defamatory libel and child pornography. But some justice officials described the child pornography law as too blunt an instrument for cyberbullying cases, especially where the bully is under 18. 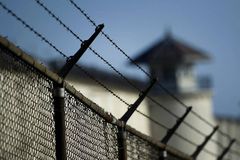 Lucien Bouchard reveals in new video he was bullied as a kid
November 20, 2013 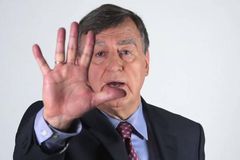 Why all workplaces must take bullying seriously
November 18, 2013 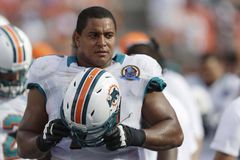 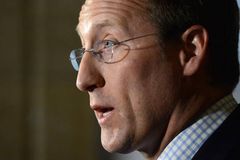 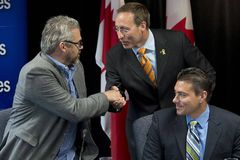