NDP Leader Jack Layton says Canadians should be very worried about leaving the renegotiation of the federal health accord with the provinces in the hands of Stephen Harper and the Conservative Party.

Mr. Layton was in this pulp-and-paper city on Wednesday to roll out his third health policy of the campaign - this one aimed at getting seniors with chronic illnesses out of acute-care beds in hospitals and into more appropriate care at home or at facilities that specialize in long-term treatment.

"There are so many Canadians who are looking after loved ones with no support whatsoever, or with inadequate support," the NDP Leader said. "And study after study, royal commission after royal commission, have said that it's time for us to bring medicare into the modern age with an aging population. And that's why we're proposing, starting right now, to improve the number of long-term-care beds, the number of home-care hours that are being provided to people across the country."

At the same time that the New Democrats and the Liberals are talking about increasing access to home care, it was reported that Ed Holder, the Conservative candidate in London West in southwestern Ontario, refused to participate in an all-candidates debate about health care.

Media in London say Mr. Holder's campaign wrote to the London Healthcare Coalition, which is sponsoring the April 20 debate, to say they were "puzzled" as to why federal candidates would be asked to debate health care. "I'd think this is more an issue for Deb Matthews and the provincial candidates," the campaign reply said. "We're not attracted to see Ed debate on health care."

When told about the refusal, Mr. Layton said it demonstrates the true face of the Conservative perspective on health care.

"They don't believe it's a federal issue. They want to leave it to the provinces, knowing that the provinces don't have the resources that are necessary and privatization will become the only option," he said.

That's why Canadians cannot trust Mr. Harper to lead the national negotiations on the renewal of the health-care financing agreements that are set to expire in 2014, Mr. Layton said.

"If Stephen Harper ends up with a mandate, then attitudes like we're getting from Mr. Holder's staff person are what we're going to see behind the scenes," he said. "If Mr. Harper is in charge of the future of health care in our country, then Canadians should be very, very worried."

The Conservative government has not begun discussions about the accord. Instead, it has turned the preliminary investigations over to a Senate committee - on which the Conservatives have a majority - rather than the elected Commons health committee that is dominated by opposition members.

Mr. Layton said during a stop at the campaign office of Lois Boone, a former MLA and provincial minister in this pulp-and-paper city, that jobs and health care are the two issues that preoccupy the people of Prince George.

The NDP released its jobs strategy last week. More recently, Mr. Layton has talked about his proposals for creating more doctors and nurses and also his ideas for helping family caregivers.

On Wednesday his message was about home and long-term care.

"Seniors are the fastest-growing age group in this country. And they are looking to be assured that quality and accessible health care will be available when they need it," he said. "I am also speaking to Canadians who have family members who are caring for elderly parents at home."

Mr. Layton said the NDP would bring the provinces and territories to negotiate the next phase of the federal transfer agreement, which must address home care and long-term care.

He would also provide access to home care for an additional 100,000 families a year and make home care and long-term care insured services under the Canada Health Act.

And the NDP would help families pay to retrofit their homes to accommodate aging relatives.

The New Democrats say the total package on home and long-term care would cost taxpayers $537-million.

The Liberals have also made home care a key priority of their campaign message as both parties try to tap into the seniors vote. 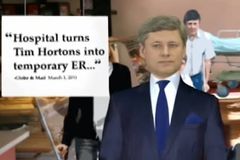 Why Ignatieff needs to turn his attention to health care
April 4, 2011 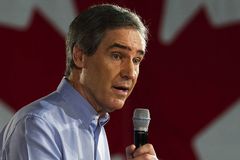 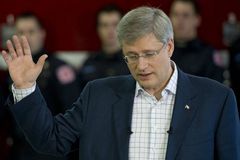 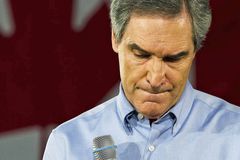