Conservative partisans deliberately drowned out a journalist's question to Mr. Harper during a Greater Toronto Area campaign stop Saturday as he was being asked about a Vancouver candidate's endorsement by a man acquitted in the Air India bombing.

The Tory Leader stood quietly while members of his staff and a crowd of about 500 at a Coptic Christian centre clapped and cheered loudly to prevent a CBC reporter from quizzing him further on his defence of Vancouver South candidate Wai Young.

The Liberals have complained about an early April parents' meeting at Khalsa School in the Vancouver area, saying Ripudaman Singh Malik was present and urged attendees to vote for Ms. Young and not Grit candidate Ujjal Dosanjh.

Ms. Young has said she didn't know of Mr. Malik's background or his relationship with the Khalsa school, which he helped found.

Mr. Harper repeated this defence Saturday but ignored a follow-up question on the matter.

"She attended in good faith. She has been very clear. She and her campaign have no links and do not welcome in any way Mr. Malik into this party," the Conservative Leader said.

"We're absolutely clear about that."

A reporter tried to press Mr. Harper on, this asking whether he "really believed" that Ms. Young would not know Mr. Malik, who's been in the public spotlight for decades due to scrutiny on him after the 1985 airplane bombing that claimed 329 lives.

But the Conservative Leader refused to answer this follow-up query, waiting as the crowd at the Coptic Christian Centre in Mississauga applauded and cheered him for about 60 seconds.

It's the first time a Conservative crowd has purposely drowned out a reporter's question of Mr. Harper during the 41st election campaign.

Tory staffers encouraged the crowd. Among those doing so was Marc-Andre Plouffe, who before the campaign was a senior advisor in the Prime Minister's Office.

On Thursday, the Supreme Court of Canada cleared the way for the B.C. government to try to wrest $5.2-million in legal fees from Mr. Malik.

The court ruled the province can unseal and examine documents it previously seized from the Vancouver businessman. The materials were seized in connection with a lawsuit the province launched alleging that the Malik family systematically misrepresented its considerable wealth to defraud the public of special legal funding made available to Mr. Malik.

The Supreme Court's decision reversed an earlier B.C. Court of Appeal decision that had gone in Mr. Malik's favour.

The questions surrounding Mr. Malik's support of Ms. Young is the second controversy the Conservatives have faced in recent days about candidate endorsements.

In a rare act of dissent Thursday, Conservative cabinet minister Peter Kent criticized his own party for allowing a man who hosted a tribute to the Tamil Tigers to run as a candidate.

"It is certainly a reflection on the party's lack of due diligence,"

Mr. Kent told The Globe and Mail earlier this week, referring to the candidacy of Gavan Paranchothy, a Tamil broadcaster running in Toronto's Scarborough-Southwest riding. "Someone's obviously dropped the ball."

"This program … is unacceptable and it flies in the face of the fact that our government listed the Tamil Tigers as a terrorist organization," said Mr. Kent, a former foreign correspondent and the current Environment Minister, after he watched the program on YouTube, where it has been displayed for nearly five months.

On Saturday Mr. Harper would only say that Mr. Paranchothy's "position is real clear and for a long time he's been rejecting the Tamil Tigers and this government has been the one that put this organization on the terrorism [watch]list."

With files from Anthony Reinhart and Kirk Makin 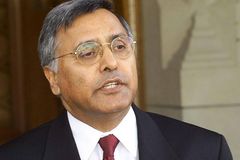 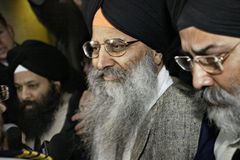 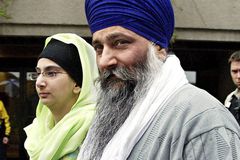