The charity behind the campaign to erect a monument to the victims of communism has declared zero political activity in its five-year history, even though it originally told the Canada Revenue Agency some of its work would be political.

Yet, in the five years that followed, the charity answered "No" each time it was asked by the CRA in annual reporting forms whether it conducted political activity.

Dozens of Canadian charities have faced scrutiny since the 2012 Conservative budget set aside $8-million for CRA audits to determine whether they are following rules regarding political activity. The CRA has not published a list of the 60 charities it has identified for auditing. However, some of the groups that said they were audited were critical of government policy. The CRA has rejected suggestions the selection was politically motivated.

Tribute to Liberty has close links to senior Conservatives, and Prime Minister Stephen Harper delivered a speech last year at a fundraising dinner for the charity. Conservative senators have hosted and organized fundraisers for the monument – which in recent months has been criticized over its design and site – and Wladyslaw Lizon, a founding member of the group, is a Conservative MP. 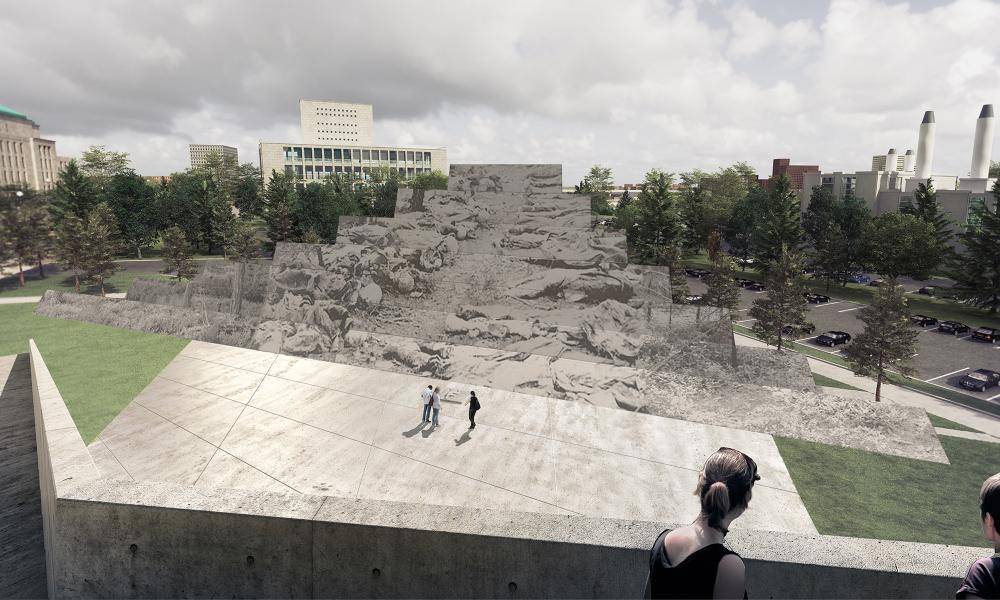 The charity says it was audited by the CRA and that the agency concluded last year that all rules were followed. Citing privacy reasons, the CRA will not confirm an audit took place, and Tribute to Liberty declined to provide a copy of the report. It is not clear what type of audit was conducted or what time frame was involved. The CRA says it conducts more than 800 "regular" audits a year, representing 1 per cent of all charities.

The Globe and Mail has learned that Toronto-based accountant Joe Lawson recently filed a complaint with the CRA, asking for an examination of whether Tribute to Liberty has violated the rules related to political activity and partisanship.

Ludwik Klimkowski, the chair of Tribute to Liberty, said his organization is a non-partisan group of volunteers that aims to follow the CRA rules. He said the charity decided after its initial application in 2009 to avoid activities that fit the CRA's definition of political activity.

"CRA came to audit our activities last year and the outcome of that audit was a passing grade with no questions, no follow-ups and no additional information requested by CRA," he said. "We passed the review with flying colours."

Construction of the monument is expected to begin later this year. While the project initially had broad support and received little attention, objections have grown since December, when the final design was released. Critics, such as Ottawa Mayor Jim Watson, say the proposed grey structure would be "quite a blight" on the Supreme Court precinct.

Supreme Court Chief Justice Beverley McLachlin wrote a letter to the Department of Public Works and Government Services Canada, obtained by The Ottawa Citizen, that expresses concern that the monument would convey "a sense of bleakness and brutalism that is inconsistent with a space dedicated to the administration of justice."

The NDP and Liberals initially supported the project, but have since declared that the look and size of the monument is not appropriate for the proposed location immediately southwest of the Supreme Court of Canada.

As the debate has heated up, the charity has posted links on its Facebook page to commentary from both sides, including a statement from Heritage Minister Shelley Glover that criticizes Liberal Leader Justin Trudeau for not supporting the location.

"Mr. Trudeau and the Liberal Party will have to answer to those millions of Canadians whose families found refuge and liberty in our great country," Ms. Glover's statement said.

Charities are banned from partisan activity such as endorsing a candidate or a political party, but they are allowed to spend up to 10 per cent of their resources on what the CRA defines as non-partisan "political activity." The CRA's definition includes public communication with the goal of putting pressure on the government regarding public policy. A group of 18 charities recently wrote to National Revenue Minister Kerry-Lynne Findlay asking Ottawa to clear up the "confusing" rules in this area.

Mr. Klimkowski said the organization posts a wide range of news stories and opinion – favourable to the project and not – so visitors to the Facebook page can be aware of the public debate.

The cost of the monument is estimated at about $5.5-million, with about $3-million coming from Ottawa and the rest from donations to the charity. The federal government is also donating the land, which could be worth as much as $30-million, according to estimates reported by the Citizen.

What happens next is unclear. The Conservatives have defended the project and its location, but Mr. Klimkowski hints that changes may be in the works.

"It's a process. Stay tuned," he said. "We are not in the business of not listening to the voices that are being expressed."