A re-elected Conservative Party would give police more resources to go after marijuana grow-ops and create a help line for parents who are concerned about their children's drug abuse, but Stephen Harper says he remains opposed to loosening pot laws.

The Conservative Leader told an audience of supporters Tuesday in Markham, north of Toronto, that his party believes the use of illegal drugs remains too high in Canada, especially among young people.

"Keeping dangerous and destructive drugs away from our children isn't a point of debate, it's simply the right thing to do," he said.

Mr. Harper reiterated Conservative opposition to safe drug-injection sites, such as Vancouver's Insite, saying no Canadian wants to live near one. The Liberals and the New Democrats are passionately in favour of the sites and the Supreme Court has said Insite saves lives, but Mr. Harper said Canadians "understand this flows the entire drug trade into that community."

A Conservative government, he said, would increase resources for the RCMP's clandestine laboratory teams that target marijuana grow-ops and methamphetamine labs, it would ask the Mental Health Commission of Canada to research the links between substance abuse and mental health, and it would support a national toll-free drug help line for parents.

"The hotline will provide parents with advice and guidance to help them recognize the signs of drug use and to prevent their children from using drugs in the first place," Mr. Harper said.

And, as for marijuana, he said, any move that would encourage its use is "the wrong direction for society and I don't think that's the way most Canadians want to deal with this particular problem."

The federal party leaders have been arguing about pot since long before the current federal election campaign was set into motion a week ago. It is a debate that has heated up in this country as various jurisdictions across the United States and Europe have legalized its use.

New Democrats want to decriminalize the drug and leave the door open to additional measures. Liberals want to legalize it. And Mr. Harper wants to clamp down further on those who grow and sell it.

"I think the truth of the matter is most Canadians, if you actually ask them, do not want the full legalization of marijuana," he said.

In fact, polls are mixed on the subject, but almost every national survey conducted in recent years suggests the majority of Canadians favour loosening marijuana laws. One poll conducted a year ago by Angus Reid Global, for instance, suggested that six out of 10 Canadians support legalization – though most did not see it as a top priority.

Mr. Harper pointed out that marijuana use has been decreasing. His party distributed data from Health Canada to show that the number of Canadians between the ages of 15 and 24 who report having smoked it at some point in their lives dropped by almost half between 2004 and 2012.

But Benedikt Fischer, a senior scientist at the Centre for Addiction and Mental Health (CAMH) in Toronto, said in a telephone interview that usage tends to oscillate up and down over the course of decades and seems to be unaffected by government policies.

In a paper released last year, Dr. Fischer's organization called for the legalization of cannabis. Although there are health risks associated with pot smoking, including impairment to cognitive functioning and respiratory problems, given the amount of marijuana most adult users smoke, the health risks are significantly lower than for tobacco or alcohol, said the report.

Legalization would lead to better education about the drug and better quality assurance, said Dr. Fischer, "plus users are currently subject to rather arbitrary as well as potentially punitive criminal control."

The number of adults charged with simple marijuana possession in Canada climbed from 16,265 in 2006 to 21,567 in 2014, which was actually a slight drop from the previous four years. Although Canadians charged with possession for the first time generally receive minor penalties, it is a crime that is punishable by six months in jail and can lead to a criminal record.

Hedy Fry, the Liberal Party's health critic, said Liberals believe legalization and regulation will reduce the ability of children to get their hands on marijuana by taking the criminal element out of the supply chain.

"The World Health Organization and UNICEF have both said that Canadian youth have the easiest access to marijuana of any the OECD countries," Ms. Fry said. "The point is the current enforcement system is not working."

Murray Rankin, the NDP health critic, said there needs to be more study before marijuana laws are reformed beyond decriminalization. "There are different models," he said, "and we want to make sure we get one that's right for Canada." 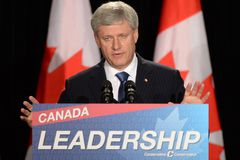 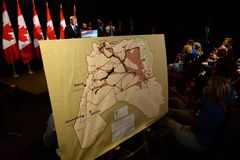 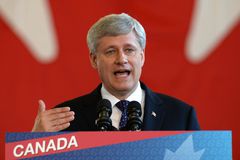