The Trans-Pacific Partnership can't come into force without the support of the United States, International Trade Minister Chrystia Freeland said the day after Donald Trump promised to withdraw the U.S. from the 12-country trade pact on his first day in office.

Ms. Freeland said the TPP cannot proceed in its current form without the United States.

Ian McGugan: Canada to be virtually untouched by Trump's pull from the TPP

For subscribers: Trump's rejection of TPP could be a gift to Canada

The House of Commons trade committee is expected to continue its study of the agreement, despite Mr. Trump's commitment to pull the U.S. out of the deal.

In a 2½-minute video address Monday, Mr. Trump outlined his plans for his first 100 days in the White House, where he called the TPP "a potential disaster for our country." The president-elect made withdrawing from the TPP a central part of his election campaign.

"I am going to issue our notification of intent to withdraw form the Trans-Pacific Partnership," Mr. Trump said. "Instead, we will negotiate fair, bilateral trade deals that brings jobs and industry back onto American shores."

Japan has also acknowledged that the deal is over without the United States.

"The TPP would be meaningless without the United States," Japanese Prime Minister Shinzo Abe said on Monday.

The TPP was U.S. President Barack Obama's signature trade deal, designed to form a bloc of economies that could compete with China. Canada signed the deal in February of this year alongside the 11 other countries involved: the U.S., Japan, Malaysia, Vietnam, Singapore, Brunei, Australia, New Zealand, Mexico, Chile and Peru. Like the U.S., Canada has not yet ratified the agreement.

Adam Taylor, a trade consultant at Ensight Canada and former senior adviser to Conservative trade minister Ed Fast, said the TPP is dead in its current form if the U.S. withdraws.

"Losing the largest economy in the world in the TPP – the country that drove the process to a successful conclusion – losing them as a partner, it is like losing Wayne Gretzky on your hockey line," Mr. Taylor said.

The assumed collapse of the TPP is also a great disappointment to the Canadian business community, according to Perrin Beatty, president and CEO of the Canadian Chamber of Commerce. He said Canada needs to "look forward and focus on the future."

"We need to look at how we can use the foundation of the TPP to build our own bilateral trade agreements with some of the same partners in the Asia-Pacific region, like Japan. That would also allow us to diversify our economic partners and diminish our reliance on the U.S.," Mr. Beatty said.

However, the Conservatives aren't convinced the deal is dead. Tory trade critic Gerry Ritz said the 11 remaining countries shouldn't let the U.S. dictate the future of the TPP, adding that they could still ratify a deal by ditching the requirement of U.S. support.

"If we don't make TPP work with these other like-minded countries, that leaves the door open for China and Russia because they're pushing their own agreements with these very same countries," Mr. Ritz said. "So why we would throw up our hands and walk away is beyond the pale. It makes absolutely no sense."

The NDP, which has openly opposed the TPP, called on the Liberals to take a position on its ratification, independent of the U.S. NDP trade critic Tracey Ramsey said the deal will kill Canadian jobs.

"Minister Freeland at this point should be taking a strong stance against the TPP, and not because the U.S. is, because Donald Trump is coming out and saying the deal will die, but because it's not good for Canada." 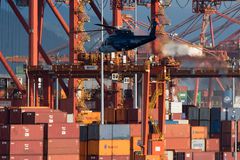 Canada to be virtually untouched by Trump’s pull from the TPP
November 22, 2016 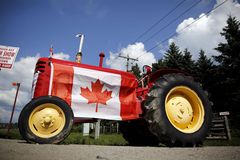 Trump’s rejection of TPP could be a gift to Canada
Subscriber content
November 22, 2016
Opinion
Whether TPP or NAFTA, Canada needs to walk a careful line
November 23, 2016
Trump, future of TPP on agenda for Trudeau, Obama at APEC summit
November 19, 2016
Follow Michelle Carbert on Twitter @michellecarbert
Report an error Editorial code of conduct
Due to technical reasons, we have temporarily removed commenting from our articles. We hope to have this fixed soon. Thank you for your patience. If you are looking to give feedback on our new site, please send it along to feedback@globeandmail.com. If you want to write a letter to the editor, please forward to letters@globeandmail.com.
Comments